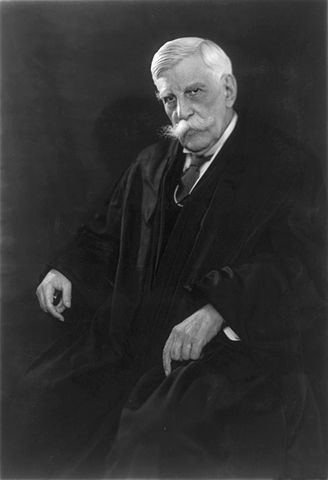 The most stringent protection of free speech would not protect a man falsely shouting FIRE in a theater and causing a panic. The question in every case is whether the words used are used in such circumstances and are of such a nature to create a clear and present danger that they will bring about the substantive evils that Congress has a right to prevent.

“Shouting FIRE in a Crowded Theater” on Wikipedia, the Free Encyclopedia

Today the legal definition of free speech is,

The right to express information, ideas, and opinions free of government restrictions based on content and subject only to reasonable limitations (as the power of the government to avoid a clear and present danger) especially as guaranteed buy the First and Fourteenth Amendments to the U.S. Constitution.

Members of Congress have a sworn duty to uphold the Constitution. This means that Congress has a duty to protect America from the substantive evils of those attempting to replace our Constitution with religious supremacist Islamic sharia law.

Islamic fundamentalism, the non-military component of Islamism, is far more insidious but has the same goal of replacing our Constitution with sharia law to “Make America Muslim” in its quest to establish a worldwide Islamic caliphate.

Islamophobia is congruent to…

That brings us to Islamophobia – a term that has been successfully weaponized in America to silence any criticism or discussion of Islamism.

Islamophobia is defined as an unwarranted irrational fear of Islam, and an Islamophobe is an individual who experiences this fear. So, is it irrational to fear Islam? The question appears simple but its answer is complex.

Those who start the fire in a crowded theater

The Muslim Brotherhood represents Islamic fundamentalism in America. Its propaganda arm is the Council on Islamic-American Relations (CAIR). The singular objective of the Muslim Brotherhood was defined by its founder Hassan Al-Banna in Egypt in 1928. It was and continues to be the establishment of an Islamic caliphate that will make the world Muslim – including America.

Americans are being deliberately confused by politicians and the mainstream media still insisting that Islam is a religion like any other. It isn’t. Sharia compliant Muslims like Reps. Ilhan Omar and Rashida Tlaib are Muslim fundamentalists whose objective is to make America Muslim. They do it with their votes and by screaming Islamophobia anytime they are criticized or exposed for their seditious views.

The recent suspension of Judge Jeanine Pirro for questioning the symbolism of Ilhan Omar’s hijab is a case in point. The Judge made her 3.9.19 opening remarks in response to several outrageous antisemitic comments made by Rep. Omar. Her infamous tweet, “Israel has hypnotized the world, may Allah awaken people and help them see the evil doings of Israel,” expresses the anti-Israel bias and antisemitism of Omar’s Muslim Brotherhood affiliation. The flaccid response of the Democrat party that did not censure her by name was described by Steve Emerson as, “a watered-down resolution condemning multiple forms of bigotry after many on the left came to the defense of Omar.”

What is defensible about Ilhan Omar’s antisemitism? The Judge was asking if Omar’s hijab symbolized her adherence to antisemitic supremacist Islamic sharia law. It is a valid question.

The judge didn’t shout FIRE in a crowded theater

In a free society where freedom of speech is only restricted by things like falsely shouting FIRE in a crowded theater, the response to the Judge’s legitimate and important question was absolutely stunning yet unsurprising.

The predictable shrieks of Islamophobia were echoed across the mainstream media and Muslim Brotherhood’s CAIR demanded the permanent removal of Judge Jeanine Pirro. Of course he did – Rep. Ilhan Omar fund-raises for CAIR. Judge Jeanine Pirro posed a threat to the Muslim Brotherhood as one of the few conservative voices still on the air questioning and exposing creeping sharia law in American society.

Islamophobia has become the politically correct metric that determines what is protected free speech. How did this happen? What about Oliver Wendell Holmes?

Here is the problem.

Accusations of Islamophobia are powerful weapons being used to conceal the Muslim Brotherhood’s stealth civilizational jihad against America. This is how it works.

Judge Jeanine Pirro’s question about Omar’s hijab is the dangerous but also true speech that Justice Oliver Wendell Holmes identified as protected free speech. Cunning accusations of Islamophobia are then used to deliberately silence the Judge and deprive her of the Constitutional rights that Congress is sworn to protect.

What can be done?

Americans must inform themselves and become aware of the Muslim Brotherhood’s propaganda arm CAIR and its powerful influence in Washington. The Washington swamp is infested with leftist creatures, Islamist creatures, and globalist creatures all relying on the swamp’s dark murky waters to stay concealed from public view. Most people are afraid of swamps and the dangerous creatures that inhabit them. The Washington swamp is unique – the creatures it protects are just human and the dangers it hides only require an informed public protected by free speech to be neutralized.

Falsely shouting FIRE in a crowded theater and accusations of Islamophobia are both dangerous and false. The Muslim Brotherhood poses a clear and present danger to the United States in its support for Islamic supremacy, Islamic militancy, Islamic fundamentalism, and their clearly stated objective to replace the U.S. Constitution with sharia law and make America Muslim.

So, is it irrational to fear Islamists?

Fear is the natural human response to danger and it is extremely rational to fear those who wish to destroy you. Once the threat is acknowledged and the decision made on how to protect oneself, fear is no longer necessary. The courage to confront the threat is what is required.

The Muslim Brotherhood and every one of its seditious organizations must be declared terrorist organizations and be expunged from American society.

What America needs now is the courage to confront the Muslim Brotherhood.

This article appears here at Pundicity.com.

The featured photograph of Justice Oliver Wendell Holmes Jr., ca. 1930, comes from the Harris and Ewing Collection, Library of Congress. It is in the public domain today.

Related Topics:first amendmentislamterrorism
Up Next

Matteo Salvini – Many Enemies, Much Honor

Justifying The Deeds Of The Damned