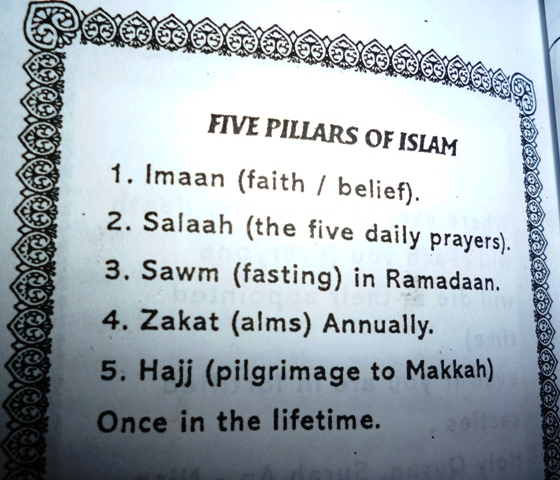 Islam and their settlement intentions

Islam is a comprehensive socio-political movement with a religious wing whose objective is to establish a worldwide caliphate ruled by Islamic sharia law. The stated and unapologetic strategy is settlement. What does that mean?

Settlement is the opposite of assimilation. For centuries, the United States has welcomed immigrants from every continent to legally enter America and become Americans through assimilation.

What it means to become an American

Becoming an American is more than a document – it is a commitment to an open and free society where citizens have the unalienable right to free speech without fear of reprisal. It is a commitment to diverse opinions and the freedom to express them. The Constitution guarantees our rights and defines American culture by stipulating what is and what is not legal in America. The Constitution articulates our fundamental principles and is the governing supreme law of the land.

Our Founding Fathers embraced the Judeo-Christian principles embodied in the 10 Commandments which provided the ethical foundation for the Constitution and outlined moral standards for life in America.

The structure of American working and religious life

Historically, American life was structured around a work week with Sunday religious observance for Christian-Americans, and Saturday religious observance for Jewish-Americans. The arrangement was designed to be efficient and effective. Religious moral and ethical lessons were delivered in weekly sermons that were expected to be practiced by congregants throughout the work week. The separation of church and state was observed. Americans were expected to work while at work, and pray during religious services during non-working hours.

The conflict between Islam and America

The conflict for Muslims in America is threefold:

So, Muslims in America are confronted with two choices. Either embrace the Constitution and assimilate to become Americans. Or embrace Sharia law and try to settle America and make America Muslim.

The tactical strategy for settlement is to incrementally eliminate the separation of church and state and collapse the Constitution.

Islamic sharia law is diametrically opposed to the secular laws of the Constitution. Sharia establishes a two-tier system of justice wherever it is practiced in America. This is the tipping point where the limits of tolerance and multiculturalism are manifest. The Constitution is the supreme law of the land and does not recognize the authority of sharia law in America.

Honor killings are legal in sharia compliant countries. If we tolerate honor killings in the United States we are saying that it is acceptable for a Muslim to kill his disobedient wife or daughters. If this happens we have allowed sharia law to supersede American law. Honor killings, child marriage, female genital mutilation, killing homosexuals, are examples of legal sharia behaviors that are illegal in the United States. Five-times-a-day prayer is another intrusion into American life that challenges the Constitutional separation of church and state.

Everywhere in the world, Islam requires prayers five times a day. This is an intentional structure that signals the importance of Islamic religious observance and demonstrates the expectation that Islam be the primary focus and commitment of Muslim life. Quintuplet prayers pose no threat to sharia compliant countries where five-times-a-day prayer are normative and part of the social structure – but what about the West?

The accommodations to Islam’s five-times-a-day prayer routine is the humanitarian hoax designed to settle America. This is how it works.

In order to accommodate five-times-a-day prayer special arrangements have to be made for Muslims. Workers must be excused from work five times a day, students must be excused from their studies five times a day. Classes and work spaces have to be segregated to accommodate prohibitions against males and females praying together.

Accommodations made for Muslim students in the name of multiculturalism violate the separation of church and state.

Accommodations made for Muslim workers in the name of multiculturalism violate the separation of church and state.

Accommodations made for Muslims affect all of America because it restructures American life at work, school, and play. That is the intention.

Multicultural accommodations are not how Muslims assimilate – they are how Islam settles America and makes America Muslim. It’s all in the numbers.

Dr. Peter Hammond’s book Slavery, Terrorism, and Islam: The Historical Roots and Contemporary Threat explains the process in detail. According to Hammond:

Islam is not a religion or a cult. It is a complete, total, 100% system of life. Islam has religious, legal, political, economic, social, and military components. The religious component is a beard for all of the other components. Islamization (settlement) begins when there are sufficient Muslims in a country to agitate for their religious privileges.

When Muslim numbers are small there are no demands for special accommodations. As their population numbers increase their demands for special treatment increase. In large countries like the United States, Muslims tend to concentrate in small communities where they are proportionally large enough to make such demands. Dearborn, MI (98,000) and Minneapolis, MN (74,000) are two such examples.

Islamization is an incremental process that begins with making Islam familiar because familiarity brings acceptability and disguises the settlement objective.

In their own words: the spread of Islam

The Muslim Brotherhood’s 1991 Explanatory Memorandum on the General Strategic Goal for the Group in North America presents, in their own words, the business model for how to accomplish settlement. Targeting education with pro-Muslim propaganda and using our religious freedoms against us are tactical maneuvers in their war against America that seeks to make America Muslim. The Memorandum should be required reading for every American. Here is its explicit mission statement:

The process of settlement is a “Civilization-Jihadist Process” with all the word means. The Ikhwan (Muslim Brotherhood) must understand that their work in America is a kind of grand jihad in eliminating and destroying the Western civilization from within and “sabotaging” its miserable house by their own hands and the hands of the believers so that it is eliminated and God’s religion is made victorious over all religions.

Islamization is a sinister plan that begins slowly through propagandized Pearson educational indoctrination in our schools. (See also here.) It is promoted by the Muslim Brotherhood’s propaganda organization, the Council on American-Islamic Relation’s (CAIR). It is CAIR that deceitfully screams “Islamophobia” and brings lawsuits against any individual or institution that opposes special accommodations and privileges for Muslims.

Demands for privileges, and accusations of Islamophobia against anyone who objects, are tactics of the Muslim Brotherhood to make America Muslim. Every special accommodation made to Islamic sharia law is a violation of the establishment clause because it makes Islam the preferred religion in America. The five-times-a-day prayer routine is a deliberate system that forces Islam to be accommodated in the workplace and in schools.

Muslims who embrace sharia law are free to live in any of the many Islamic countries in the world. Muslims who choose to live in America must assimilate, embrace the authority of the Constitution, and live within its laws.

There is no separation of church and state in Islam. Jihad goes far beyond the physical attacks of airplanes and suicide bombers – it is the insidious, stealth, humanitarian hoax of five-times-a-day Islam demanding that America violate its own Constitution to make Islam the preferred religion. That is the sinister plan to make America Muslim.

Yes, they are a terrorist organization

America-first President Donald J. Trump MUST declare the Muslim Brotherhood and every one of its seditious offshoots a terrorist organization. They are a clear and present danger to the freedom, security, and sovereignty of the United States.

The American people must oppose the humanitarian hoax of five-times-a-day Islam with their voices and their votes. We must stand together against this egregious assault on our Constitution and protect the separation of church and state. If we fail to act, our Constitutional foundation will collapse and our precious freedoms will be lost to the Islamic objective of settlement.

This article appears also here on Linda Goudsmit’s Pundicity site and at her own domain.

The image “Five pillars” by Iqbal Osman is licensed under CC BY 2.0.