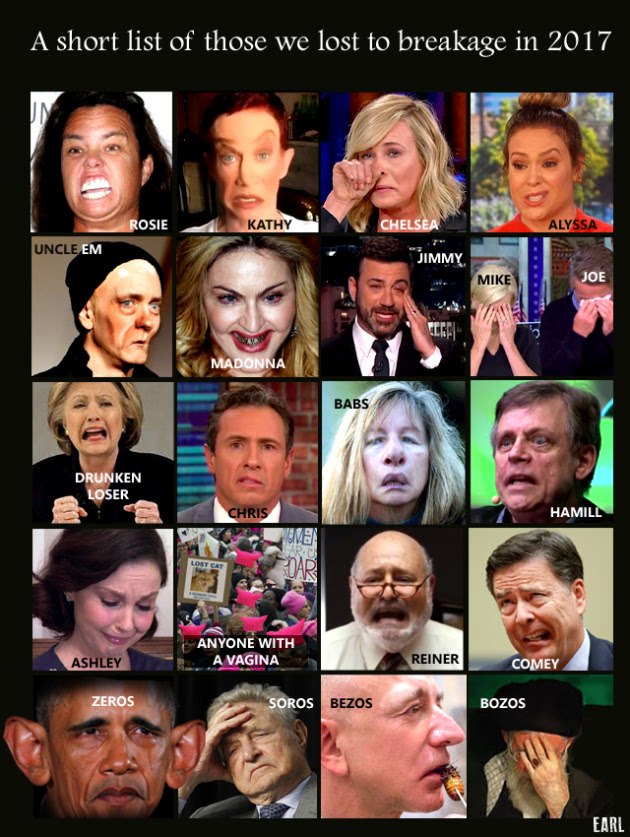 Islamic sharia law with its misogyny, homophobia, antisemitism, pedophilia, female genital mutilation, and wife beating is diametrically opposed to leftist Democrats’ proclaimed principles of women’s rights, LGBTQ rights, children’s rights, and anti-bullying. How can Leftists partner with Islamists whose norms are diametrically opposed to their own stated principles?

The answer is that Leftists are staggeringly hypocritical when it comes to their principles. Leftist metrics of inclusion are myopic – they only consider what a person thinks and ignore what a person does. The left embraces every color, every sexual orientation, every religion, every deviant behavior as long as its members THINK alike. Leftist anti-American anti-Trump group think is completely intolerant of any individual divergence of thought.

The demand for conformity among Leftists is no different from any religious orthodoxy. Orthodoxy requires conformity for membership in the group. Leftist tenets of political correctness, moral relativity, and historical revisionism are incontrovertible.

Leftists ignore Islamic tenets they would never tolerate in anyone else

Islamic tenets of misogyny, homophobia, antisemitism, pedophilia, female genital mutilation, and wife beating are ignored as long as these sharia-compliant Muslims are anti-American anti-Trumpers. Any anti-American anti-Trump Islamist is welcomed into the Leftist tribe because they are all warriors in the Culture War against America. America-first President Donald Trump is the existential enemy of the Culture War and the target of the Leftist/Islamist alliance.

Islamists unapologetically tell the world their goal is world domination and the establishment of a supremacist Islamist caliphate ruled by sharia law. There is nothing humanitarian about Islamists or their condescending attitude that insists they are doing the West a favor by freeing us from our freedoms, and settling America by imposing their savage medieval sharia law. Islamists do not recognize the authority of the United States Constitution.

Leftists do not recognize the Constitution, either

Leftists are equally condescending in their arrogant insistence that Leftism’s superior socialism will bring social justice and income equality. Socialism has never kept these promises anywhere in the world that it has ever been imposed. Regardless, Leftists insist they are doing us a favor by freeing us of our Constitutional freedoms and replacing them with socialism. Leftists do not recognize the authority of the United States Constitution.

In America, freedom of religion and the separation of church and state means that the government is prohibited from establishing a state religion. But what happens when a political ideology is practiced with religious zealotry?

Red is the color of communism and Marxist socialism. Green is the color of Islam. When you mix red and green you get yellow – the color of cowardice. The Leftist/Islamist alliance is a cowardly consortium that rejects the United States Constitution and the meritocracy with its free and open debate of ideas. The anti-American Leftist/Islamist alliance requires force, violence, propaganda, and indoctrination – the classic tools of tyranny.

The red/green alliance has the singular strategic goal of shattering the United States Constitution. The longer the Leftists remain aligned with the Islamists, the more their strategic tactics resemble those of Islamic jihad. The Culture War against America has multiple fronts. Let’s take a closer look.

Political jihad – there is no tolerance for competing ideas in Islamism or Leftism, both systems require absolute conformity to their ideological tenets. The tyranny of both insists the opposition must be eliminated entirely, the difference between them is the punishment for dissent. Islamist sharia law demands the murder of infidels and apostates. Leftists in America encourage social shunning, verbal abuse, spitting, imprisoning political opposition, and even Antifa violence.

Physical jihad – Imams, mullahs, and Leftist Democrat political leaders encourage violence because their systems cannot survive rational scrutiny and must be imposed on populations through fear and violence. Political violence is normative in Islamic theocracies, Leftists in America are making political violence normative by abandoning America’s civilized competitive free market of ideas in favor of lawlessness and the physical threat of Antifa violence. Antifa, an abbreviation for anti-fascists, is the biggest hoax of all since they actually are today’s fascists. Like Muslim jihadis, Antifa thugs wear face masks to hide their identities – violence requires a face mask.

Lying for the faith

Education jihad – targeting education with political indoctrination to propagandize students is a powerful stealth war tactic of Islamists and Leftists.

Taqiyya – lying in the service of Islam. Radical socialist Saul Alinsky introduced the concept to America in his 1971 book Rules for Radicals when he instructed his students to cut their hair, put on a suit, and blend in so that no one would suspect they were trying to overthrow the government of American capitalism and impose socialism. There is no equivalent word in the English language for this deliberate deception so I have coined the new word Alinskiyya.

Lawfare – activist judges trying to stop or at least stall President Trump’s America-first policies is the current tactic of Islamists and Leftists. Disingenuous accusations of Islamophobia, and activist judges interfering in lawful executive orders have become routine in America.

Victim identity – Islamists and Leftists self-identify as victims to deceitfully engage the compassion of humanitarian citizens and to divert attention from their underlying goal of shattering the Constitution.

Economic jihad – Islamist Boycott Divestment and Sanctions (BDS) movement against Israel is embraced by Leftists in a coordinated effort to demonize and destroy the economy of the only Democratic nation state in the middle east. The Leftist/Islamist alliance also targets conservative media outlets by pressuring sponsors to drop their ads from conservative programs in an effort to silence opposing voices who support President Trump and his America-first policies.

Media jihad – Islamists and Leftists are supported by the mainstream media, Hollywood, and Internet behemoths that censor and curate content to manipulate public opinion. It is coordinated social engineering on a massive scale. Media content is deliberately anti-American, anti-Trump, antisemitic, anti-Christian, and pro-Islamic. Political correctness, moral relativism, and historical revisionism are primary tactics used to deliver the content designed to destabilize and destroy America.

Islamists have a 1400 year history of destruction and conquest. An essential element of Islamic conquest is the complete destruction of any adversary’s history and culture including religious and historical icons. Churches are destroyed and replaced with mosques. Historical statues are smashed and paintings defaced. Leftists in America are busy destroying American history and its representations too. Historical statues are being toppled and paintings defaced.

San Francisco is scheduled to spend up to $600,000 to paint over George Washington High School’s historic wall mural, “The Life of Washington” painted by muralist Victor Arnautoff during the Depression. The San Francisco School Board’s outrageous decision denies the historical fact of slavery in the world including the United States. It also diminishes the historical facts that the United States abolished slavery while the Islamic nations continue its horrific practice.

The company one keeps

Our nation celebrated its 243rd birthday on July 4, 2019 at the glorious Salute to America festivities. In violent protest, members of the Revolutionary Communist Party lit an American flag and threw the burning flag on a Uniformed Division Secret Service Officer! Burning a flag was deemed constitutional in the 1989 landmark Supreme Court case Texas Vs Johnson. On July 3,2019 the Revolutionary Club’s infamous Gregory “Joey” Johnson announced his intention to burn the flag in protest at the Salute to America celebration. Burning American flags is commonplace in Islamic theocracies – throwing a lit flag at another human being has taken Leftism beyond the savagery their Islamic mentors.

Be careful the company you keep.

A growth of violence

As society becomes increasingly intolerant it becomes increasingly violent. The red/green alliance rejects the authority of the Constitution and the Constitutional legitimacy of our duly elected President Donald Trump. The red/green alliance objective to unseat POTUS has included all tactics of the Culture War and ranged from stealth jihad and Antifa violence to an attempted coup against the sitting President of the United States.

Americans who value their freedom must seriously consider the danger of coups and culture wars. What has distinguished the United States of America for 243 years is our peaceful transfer of power. Patriotic law-abiding Americans do not resort to coups or culture wars – we vote and we accept election outcomes. We debate the merits of ideas, abide by the Constitution, and pass laws that reflect our changing norms when merited. Any American, regardless of his or her political views must seriously consider the tyranny of the Leftist/Islamist axis, because without the Constitution we are just another lawless third world banana republic enslaved by the conceit of autocratic rulers.

Free stuff is not compatible with free speech

The humanitarian hoax of Leftism is its dishonest promises of social justice and income equality. Free stuff is never free – you pay with your freedom. What Leftism and Islamism are selling is a medieval return to feudalism where the middle class is destroyed and the masses are ruled by the few rulers. Just ask the Venezuelans.

The Humanitarian Hoax of the United Nations: Killing America With Kindness – hoax 36