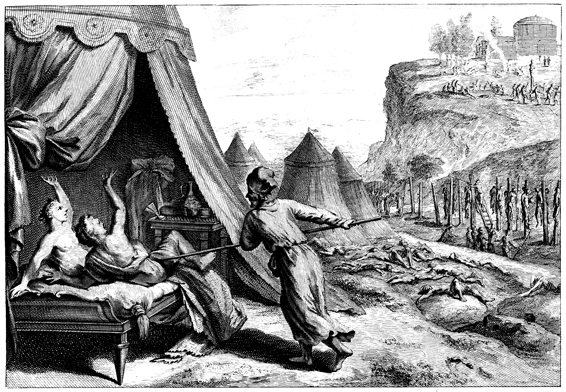 “Without vision, the people run wild…” (Proverbs 29:18) King Solomon could have been living in modern Israel.

In the last several years, do to poor leadership, “Palestine” has became “Hamastan,” and rockets have rained down on Israelis regularly. Social problems have grown in Israel, like the decline in family values, which has mimicked what’s been happening in the liberal West. Yet, with elections coming up, almost no one running seems to have a clue what to do.

Rav Tzvi Tau, head of the Har HaMor Yeshiva, seeing the problem, recently started a new political party “Noam,” whose slogan is “L’Hiyot Am Normali…” to be a normal nation, to fight for family values and against LGBT pressure on society.

Rav Rafi Peretz (leader of the Jewish Home party and Education Minister), recently spoke in favor of Conversion Therapy, and then promptly got jumped upon by the liberal-left media, politicians, and LGBT groups, calling for him to be fired.

Several other Rabbis backed Peretz up, such as the head of the Bnei Akiva youth movement and yeshiva system, Rav Chaim Druckman, and Chief Rabbi of Safed, Rav Shmuel Eliyahu. So did pro-family groups like The “Bochrim B’Mishpacha” (Choosing the Family) movement.

Rav Eliyahu called on the public to “support normality, common sense” and “families consisting of a mother and a father.” “If you want to live in a normal country where expressing a sane opinion is allowed, you have to strengthen the education minister’s hand,” he wrote on his official Facebook page. Rav Eliyahu, a prominent figure in the religious Zionist movement, continued, “If you want to live in a country of freedom and brotherhood instead of violence and intimidation, write posts supporting the education minister.”

Leadership toward a holy nation

Although I agree with the gist of what the Rabbis are saying, the Jewish people’s mission isn’t to be an “Am Normali,” a normal nation, but an “Am Kadosh, a holy nation.”

Give the Left a fingerbreadth and it will take a mile

Within a couple days, stepping on the toes of those who supported him, Peretz backtracked. In a letter to Tel Aviv school principals, Peretz wrote, “I know that conversion treatments are unacceptable and severe, and I understand that this is an invasive treatment that is incompatible with the human psyche, causing patients more suffering than relief…”

But that didn’t stop Ehud Barak, from taking a page out of America’s far-left playbook, in their smear campaign against Trump. Electioneering, Barak attacked Netanyahu, “He deliberately puts in power messianic Kahanists, racists who want, as Netanyahu’s education minister has made clear, a halachic messianic state, where women are unacceptable to be leaders, LGBTs will be oppressed, Arab citizens will be discriminated against, and Palestinians will be victims of state apartheid in Judea and Samaria.”

“Without a vision, the people cast off restraint; but those that implement the Torah [vision], they will rejoice!” (Proverbs 29:18)

True Jewish leadership and what it means

An example of leadership

Knowing that the God of Israel detests sexual immorality, Balaam suggests to Balak that the debauchery and idolatry will bring the wrath of God down on the Jews. Midianite women (including upper class girls), were sent in to tempt the Jewish leaders.

The story ends with the prince of the tribe of Shimon fornicating with a Midianite woman. So enraged is Pinchas (Aaron’s grandson), that he kills both of them, ending the plague that had broken out in the camp and had already killed 24,000 (Numbers 25:1-7, see also Sanhedrin 106a).

But, instead of applauding him, the masses accused him of wanton murder, protesting, “This grandson of someone who had fattened calves to be sacrificed to idols [Jethro], had the chutzpah to kill a prince in Israel,” (Rashi on Numbers 25:11).

But Pinchas knew what was right, acted on it, and succeeded in saving the Jews.

Then, in this week’s Torah reading, Parshat Pinchas, we read,

HaShem said to Moses, Pinchas son of Eleazar, the son of Aaron, the priest, has turned my anger away from the Children of Israel. Since he took vengence for my honor among them, therefore I did not put an end to them in my zeal. Therefore, tell him I am making my “Covenant of Peace” with him. He and his descendants will have a covenant of eternal priesthood [priestly leadership], because he was zealous for the honor of his God and made atonement for the Children of Israel. (Numbers 25:10-13).

Similar to Pinchas’ fight against Balaam, Balak, the Moabites, Midianites, and their Jewish stooges, like Zimri, the prince of Shimon; True Jewish Leaders have to directly confront today’s current enemies, and the Jews helping them, who endanger and bring dishonor to the good name of the Jewish people and the God of Israel, as Pinchas did in his time!

Conclusion: when in the lead, lead!

As we can see, True Jewish Leadership leads to the blessing of Peace, for the leader and his flock…

1 Most English translations of the Bible render this name “Phinehas.” – Ed.

This drawing of Phinehas slaying Zimri and Cozbi dates from premodern times. As such it is in the public domain because an individual (not a company) drew it, then died more than seventy years ago.

One Giant Leap, But What Now?

If we don’t speak now