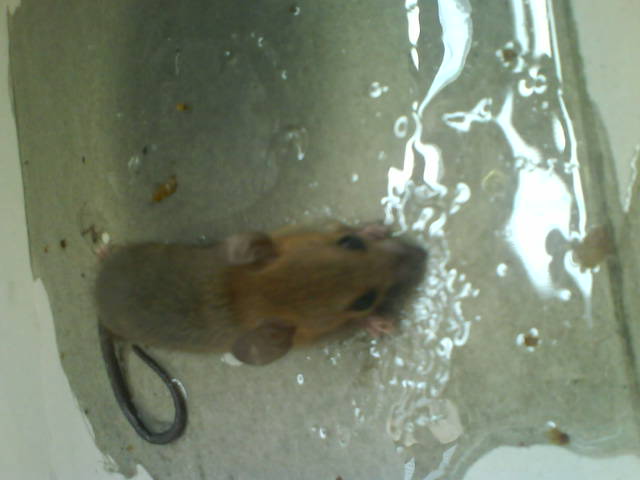 Hello, this is Darrell Castle with today’s Castle Report. Today I will be talking about the war against rats being fought in the cities of America, especially Baltimore Maryland.

Rats in Baltimore, not at the border

This started when Representative Elijah Cummings, a Democrat Congressman representing Baltimore, went to the southern border of the United States and made some derogatory comments about conditions at the border. In this particular case, he had a legitimate reason to go to the border since he is a member of a congressional committee with oversight of the border. I often raise the question, however, of what makes members of Congress into national figures. I believe he was elected to represent the people of Baltimore Maryland in the Congress of the United States, not to be a national spokesperson for illegal immigrants.

What makes Representatives think they are celebrities, anyway?

I know what made senators start thinking they are all national celebrities. It is the 17th amendment, which changed how senators are elected. Direct election took away their duty to be responsible to the legislatures, thus representing their states and allowed them to become multi-million dollar, television-produced national celebrities.

Perhaps some members of Congress also want to be celebrities, so they forget about who they are supposed to represent and start speaking for the entire country. Congressman Cummings said, in part, “I guess you feel like you’re doing a great job. Right? Is that what you’re saying? What does that mean? What does that mean when a child in their own feces, can’t take a shower! Come on man, what is that about?” Democrats and their friends in the media picked up on the feces theme and ran with it, although none of them had apparently seen any such conditions, and as far as I know, there were no photographs.

Trump mentions the rats in Baltimore

Mr. Cummings tried to walk back his comments, at least a little, by explaining that some might say he was trying to beat up on the Border Patrol but that was not his intent. President Trump did see it that way, however, and came quickly to the Border Patrol’s defense. The President pointed out to the Congressman that there are a few problems in Baltimore that are not being addressed. His statement had a lot of truth in it and in America today, if there is one thing you cannot say without being called racist, it is the truth.

President Trump’s reply was that the detention centers at the border are “clean, efficient, and well run, just very crowded.” By contrast he tweeted, “Cummings was a brutal bully, shouting and screaming at the great men and women of the Border Patrol about conditions at the southern border and his district is a disgusting rat infested mess. If he spent more time in Baltimore, maybe he could help clean up this very dangerous and filthy place.”

He said no human would want to live in Baltimore, not that no human did.

I certainly don’t know about the brutal bully accusation but the description of Baltimore was spot on, as was his suggestion that the Congressman spend some time there improving his own district. The controversy continued as the media took various sides, but the President finally said something like, no human would want to live there. That allowed the media talking heads to take a little poetic license and restate what he actually said.

Did he say the people in Baltimore are not human?, they asked. No, he said no human would want to live there under current conditions and that is probably a valid assumption. The powers that be, such as Nancy Pelosi and various members of the Democrat presidential candidates, all jumped on the racist train. None of them said there are no rats in Baltimore, and none of them said it is not dangerous, and none said the city is not rapidly losing population because those things are actually true.

Others have complained about the rats

The fact is, though that many prominent people, including many African American people, have also described Baltimore as rat infested, filthy, drug infested, etc. Bernie Sanders once referred to Baltimore as a third world city, yet he used the opportunity of the debate to say the president was attacking an American city.

This is all stupid and ridiculous posturing and pandering to voters but anyone who has been there, or has seen video and/or pictures of Baltimore knows that what the President said is absolutely true. Al Sharpton came down from Brooklyn to save Baltimore from the evil Trump but he got back as much as he gave. The President accused him of being a con man, opportunist, etc. and he told stories of how Mr. Sharpton was always trying to con him out of money for one cause or another. Mr. Sharpton had a lot to say about racism but nothing to kill any rats.

What then is the current state of Baltimore? Is the President correct or is it a thriving American city run by honest, hard working elected officials? According to a booklet entitled “The New Shame of the Cities” by John Perazzo, Baltimore, a once thriving city, has had a population decline to 622,000 in recent years. Some 47,000 abandoned houses and 16,000 vacant buildings stand in Baltimore’s depressed neighborhoods. Mr. Perazzo notes that Baltimore’s rates of student proficiency in key subjects are among the lowest in the nation. In 2015, only 11% of 4th graders and 13% of 8th graders were able to read with proficiency. In math the proficiency rate for 4th and 8th graders alike was a dismal 12%.

Where does all the money go?

This disaster is probably caused by lack of money, right. No, Baltimore’s school systems spend on average, about $16,000 per student in taxpayer dollars on each K-12 student, which is 34% higher than the national average. Mr.Perazzo lays the blame for the disaster that is Baltimore at the feet of its politicians, especially a string of Democrat mayors serving through today, who have made it into a hotbed of crime, cronyism, high taxes and fleeing citizens.

The victims are mostly black people since Baltimore is more than 70% black now, so it would be fair to say that it was those black residents of Baltimore that President Trump had the audacity to defend when he spoke the truth and stood by it. The press, strangely enough, hasn’t always interpreted the President’s words as I have described them to you. CNN’s Victor Blackwell lost his ability to speak and was completely choked up when he tried to describe the words. He was born in Baltimore and apparently that makes his home city above criticism. Mr. Blackwell said on his show, “When he tweets about infestation, it’s about black and brown people.” If times were not so difficult that comment would be cause for very loud laughter, as in, come on, Victor tell us you are not serious.

The mayor repeatedly and graphically complained about the rats

Times are difficult, however, so we must visit a comment by Baltimore’s mayor Catherine Pugh. She was recorded in 2018 while complaining about Baltimore’s rats to a TV station reporter as she inspected her fair city: “Whoa, Jesus you can smell the rats. What the hell, we should just take all this shit down; oh my God you can smell the dead animals.” Well, welcome to the real Baltimore mayor not the one you live in. However, in fairness to Mayor Pugh I have to note that she resigned her office earlier this year in a theft scandal.

So Baltimore has rats and there’s no doubt about it. I have seen estimates of 5 rats for every person, which would mean a Baltimore rat population of about 3.1 million, and that is a lot of rats, placing Baltimore high up in the rat parade, according to Orkin. That company, I would wager, has encountered and killed more rats than any other company in existence.

The rats do not confine themselves to Baltimore

Surprisingly though, Baltimore is not number one in the rat parade. New York, with a population of just under 10 million people, using our 5 rats per person formula has about 50 million rats. But even New York is not number one on the rat parade. In fact, it is not even number two. Number two honors go to the City of Angels, Los Angeles, California, home to Hollywood, and home to about 40,000 homeless people living on the streets without sanitation and with virtually no garbage removal for all those people. It is rat paradise in the Golden State.

Why doesn’t the Golden State and Legion of the Woke leader, Governor Gavin Newsom, do something? Well, that’s easy folks, with San Francisco number 5 on the rat parade, he can’t afford to do anything for the people of those two formerly great cities because 17% of the state budget is spent on Illegal immigrants.

If LA and NYC are numbers two and three, who gets the honor of being number one. That goes hands down to Chicago, which is known locally as rat heaven or rat paradise, but you could think of the total picture as a ratpocalypse. So, if the murder rates of 600-700 murders per year weren’t enough, the City of Chicago also leads the United States in rats. Baltimore, Maryland is only ninth on the rat parade so it could always be worse, and with Democrats running our cities, I’m sure it will be. On a happy note, my city of Memphis, Tennessee was 49 on the list ranking way ahead of our rival Nashville, which was 35th.

Not only rats, but murders, too

The homicide rate in Baltimore is on a pace to reach 356 this year. That is a rate higher than the entire nation of El Salvador, which is home to the violent gang MS-13. The only place MS-13 is more active than El Salvador is California, so Baltimore is in high company. Perhaps there are causes for this mess besides racism and perhaps we should talk about them. Perhaps one of the proud suits or proud pant suits that strut their way across our TV screens will actually address some of the problems we face in our cities.No, words are easier for them, and words excite more people, but words will not kill rats.

Finally folks, why did the president say what he said and tweet what he tweeted? Perhaps he was just counterpunching as the Washington Post said, or perhaps he intended to put the Democrats in a position of having to defend the indefensible.

Guns, Mental Illness or Spiritual Deadness – Which is it?

Out of Their Own Mouths: The Muslims are Telling You Their Plans–Infiltrate American Government (Video)