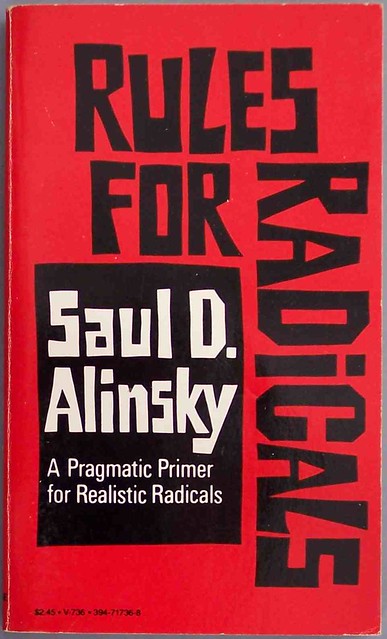 The radical leftist hucksters in the Democrat party have repeatedly accused President Trump of being racist and a white supremacist. Is it true? Let’s find out.

Racial unity has been the subject of political speeches since before the Civil War. The United States was founded in 1776 during an era of worldwide slavery when even black men owned black slaves. Supremacy is the corollary of enslavement – you have to be a supremacist to own a slave. Slavery was outlawed in the United States in 1865 with the passage of the 13th Amendment. So, let’s be clear, slavery has been illegal in the United States of America for 154 years.

Many countries and religions in the world continue to legally practice and embrace slavery – not Judeo-Christian America. The United States has Constitutionally rejected slavery and the attitude of supremacism that supports it. Instead, our American national credo strives for racial equality that is made possible through upward mobility and a robust middle class.

Equality in America is a matter of equal opportunity, not a guarantee of equal outcome. This is a very important distinction because it is what separates President Trump’s America-first ethos of individualism, from the radical leftist Democrat party’s ethos of collectivism. We will come back to that.

President Trump’s color-blind America-first economic policies are bringing jobs back to America. In 2017, 171,000 manufacturing jobs were added. In 2018, 284,000 manufacturing jobs were added – it was the largest job increase in 21 years. In 2017, the President signed an Executive Order for an apprenticeship program to fill 6 million open positions. So, why do the hucksters call President Trump a racist and a white supremacist? Let’s find out.

White supremacy – what does it mean?

President Trump is unapologetically pro-American and demands American sovereignty, and the protection and preservation of the United States Constitution which is a document of inclusion and equality. President Trump is the existential enemy of the Leftist/Islamist/Globalist axis that seeks his destruction, and the destruction of the Constitution he protects. The tactical strategy of the Axis is projection. The Axis accuses the President of being what they themselves are – political, religious, and philosophical supremacists. Does this surprise you? Let’s take a look.

But the Left wants the government to reign supreme

There are two separate judiciaries adjudicating cases in the United States today with two very different agendas. The first is the legitimate federal judiciary, one of three co-equal branches of government organized under the United States Constitution and laws of the federal government. The federal judiciary has courthouses where cases are adjudicating according to rules of evidence designed to establish the truth with facts, and a foundational presumption of innocence until proven guilty. The second, is the illegitimate court of public opinion where the humanitarian hucksters try their cases on the Internet and in the entertainment media without regard for truth or facts, and without the Constitutional presumption of innocence. Why?

The goal of the court of public opinion is mass social engineering. What this means is that the Leftist/Islamist/Globalist axis is cooperating in their shared effort to topple President Trump by smearing him with false accusations of racism and white supremacy. The accusations are patently absurd but the directors of the Axis powers don’t care. Their “ends justifies the means” tactic is the foundation of every dictatorship in the world.

The once independent informational World Wide Web has been co-opted by the radical Leftist/Islamist/Globalist axis for political purposes. This is how it works.

Now let’s continue our discussion of individualism and collectivism to see how it fits into this deception. Socialism, communism, globalism, and Islamism are collectivist systems of centralized government where the group takes precedence over the individual. Capitalism is a system that prioritizes the individual and the opportunity for upward mobility and free enterprise. In capitalism there is private property and the individual rights that support it. In capitalism, individual property rights insure upward mobility. Upward mobility is the foundation of the American dream that has taken the United States from an era of worldwide slavery to the election of a black president.

In collectivism there is no private property and no individual rights – the government owns and distributes the fruits of your labor. The disingenuous accusations of racism and white supremacy lodged against President Donald Trump completely disguise the racism and supremacist ideals of the Leftist/Islamist/Globalist axis accusers. What?

Facts do not matter

Facts are on Trump’s side

The Axis liars are non-sectarian supremacists following the rules of revolution where the ends justify the means. The Leftists and Globalists liars are endorsed by Alinsky. The Islamist liars are endorsed by taqiyya (lying in the service of Islam). If we are to avoid violent revolution we must turn off the noise of the divisive false accusations made by the illegitimate court of public opinion. We must examine the facts of President Trump’s color-blind policies and accomplishments according to the rules of evidence defined by the Constitution. Unity has a purpose and so does disunity.

The disunity that is facilitated by the false accusations of racism and white supremacy made in the court of public opinion are designed to create the social chaos necessary to make the supremacist Axis Dreams come true. Personally, I prefer ordered liberty and the equality of the American Dream. I reject the supremacism of Leftism, Islamism, and Globalism entirely.

Who are the real supremacists?

Do not be fooled by the illegitimate court of public opinion – it is deliberately facilitating the humanitarian hoax of white supremacy designed to kill America with kindness. President Donald J. Trump represents equality, ordered liberty, and the color-blind upward mobility of the American Dream. In the legitimate federal judiciary the facts prove that POTUS is not a racist or a supremacist – his enemies are.

This article also appears here at Pundicity.com and on the author’s own website.

Va’etchanan: Consolation And The Return Of The Jews To Israel

Why Did the United States Withdraw from the INF Treaty?

Color revolutions are not about color | Conservative News and Views

[…] is the ultimate humanitarian hoax being perpetrated on unsuspecting Americans who still believe that BLM cares about black lives. […]