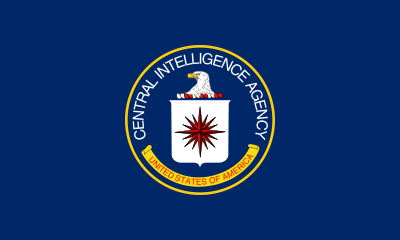 Color revolution is a known tactical CIA operation. It uses a seemingly spontaneous act as the precipitating event to destabilize a country and effect regime change. Color revolution is what is happening in America, and its front line soldiers are Antifa and Black Lives Matter (BLM).

Details of the color revolution in America today

“America’s Own Color Revolution,” a June 29, 2020, Geopolitics article explains how:

Hundreds of thousands of young Americans are being used as a battering ram to not only topple a U.S. President, but in the process, the very structures of the U.S. Constitutional order.

The organization Black Lives Matter (BLM) is not about black lives. BLM is a Marxist organization disguised as a civil rights organization. Instead of improving race relations, BLM exploits racial tensions to:

BLM is the ultimate humanitarian hoax being perpetrated on unsuspecting Americans who still believe that BLM cares about black lives. They don’t.

About Marxism, socialism and communism

Marxism, socialism, and communism often seem interchangeable. But Sandra Campbell clarifies the differences and shows how each builds on the other.

Marxism is the theoretical framework which lays the foundation for the economic and political philosophies of socialism and communism.

Communism is the end game…. Karl Marx argued that capitalism, with its strict adherence to free market principles, divided people because of competition. He believed communism was the solution.

The basis of the color revolution – race in America

Now, back to race in America. Of course black lives matter – all lives matter in the United States of America! The foundation of life in the USA is that we all matter – all of us – white, black, blue, red, yellow, young, old, thin, fat, gay, straight, Christian, Jew, Muslim, Buddhist, atheist, etc etc etc.

Our founding fathers fought for our freedom from the British monarchy and prevailing social pyramid of the few privileged elite at the top ruling their enslaved subjects below. The American War of Independence replaced the binary socio-political structure of feudalism with a threefold system. That system embraces an upwardly mobile middle class. Our forefathers dreamed a more perfect union of inclusion.

The United States of America is the greatest experiment in individual freedom the world has ever known. “Only in America” is the phrase that captures the possibilities of freedom. For 232 years, United States Presidents tried various methods to achieve the American dream of equal opportunity and upward mobility. Then came Barack Hussein Obama, the anti-American president who tried to “fundamentally transform” America and kill the American dream.

Barack Obama was the most divisive president in U.S. history. His promise to fundamentally transform the United States was the insidious effort to:

The problem with socialism, communism, Islamism, and globalism, is that NO LIVES MATTER except the lives of the ruling elite! Citizens’ individual rights and freedoms are forfeit to the state. The individual is not of value in collectivism. Only the state and what the state deceitfully labels “the greater good” matters.

BLM and Antifa are Marxist communist organizations leading the color revolution in America, attempting to destabilize the country and effect regime change. Out with America-first President Donald Trump, and in with communist China’s puppet, Beijing Joe Biden.

Funds for the color revolution

Commandant of the color revolution

This brings us to public enemy #1, the king of radical leftist Democrats, humanitarian huckster extraordinaire, George Soros. He is the principal funder of Antifa and BLM through his Open Society Foundation. Antifa and BLM should both be designated as domestic terrorist organizations. Former New York City Police Commissioner Bernie Kerik says,

The FBI should investigate to see who’s doing this. Who’s behind these groups? Because when you look up the definition of terrorism – threats, intimidation, and extreme violence or violence for political reasons – that’s what these people are doing…. These aren’t protesters. These people are paid radical left-wing anarchists that come to instigate and engage in extreme violence, arson, and looting.

They [Antifa and BLM] are created to disrupt and to continue the sowing of division. And in connected news earlier this year, Mr. Soros has launched his open societies University Network with a $1 billion gift and he will thus continue to help mold the thoughts of young people in the increasingly stifled halls of academia worldwide long after his death. While there is much back and forth, as to whether Mr. Soros has paid out of pocket for the mysterious flats of bricks conveniently left for looters and rioters to use in the recent round of violence, arson, looting and murder, it doesn’t really matter.

He has for decades helped build the infrastructure, the organization, and the command-and-control that can immediately be fielded, once a single case of police brutality is caught on video and within a few days, have cities put to the torch with elected government officials bending the knee to violent mobs while the corporate mainstream media cheers it all on from the sidelines.

Enemy of the color revolution

Why are these corporate sponsors and radical leftist organizations so eager to support Antifa and BLM? Color revolutions and war on America are expensive. Thus the corporations who rely on cheap Chinese communist labor to manufacture their goods need Trump OUT.

BLM and Antifa soldiers need money and materials to launch the next phase of their Marxist revolution after President Trump is reelected – armed insurrection. Marxist leader Angela Davis warned in a Vanity Fair interview that,

The violent BLM and Antifa protests across the country are the early stages of a far larger far-left “revolution.”

Then the unholy alliance of America’s enemies including Marxists, leftists, socialists, globalists, Islamists, and communists will battle each other for dominance, unless they are denied ascendancy in November 2020. VOTER BEWARE!

See this series of essays about the Star Trek franchise. Even before the disastrous executive producership of Alex Kurtzman, Star Trek was “woke” before “woke” became a “thing.” The only distinction to make is that Gene Roddenberry, Michael Bragga, Manuel Coto, et al. pursued their advocacy of:

with considerably greater subtlety than Alex Kurtzman has shown these last three years.

To give an example of Alex Kurtzman’s abandonment of subtlety: supporters of President Trump can recognize themselves, if not in physical appearance, in loyal subjects of the Klingon Empire.

The Star Wars franchise likewise offered subtle protests against American chauvinism and alleged racism, in the days of George Lucas. But Executive Producer Kathleen Kennedy injected intersectional feminism into the “Disney Sequel Trilogy.” And did so while abandoning subtlety and even key principles of the writer’s craft. Which produced disastrous box-office take and the destruction of the merchandising tie-in.

All of which to say that the entertainment industry made natural allies to the color revolution. They have pursued the socialist imperative for more than fifty years.