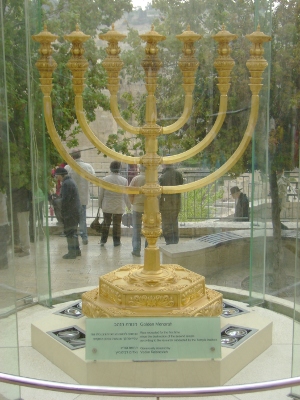 The world is getting very chaotic…indeed!

The Bank of Israel holds steady

But in Israel, even with elections coming up in a few weeks, so far, its an island of calm stability. The Bank of Israel’s Monetary Committee recently decided that the interest rate would stay unchanged at 0.25%.

The bank’s statement was more aggressive though, about future use of monetary policy.

The Monetary Committee’s assessment is that in view of the turnaround in the inflation environment in Israel and in the monetary policies of major central banks, the slowing in the global economy, and the continued appreciation of the shekel, the interest rate will not be increased for an extended period.

Moreover, if necessary, the Committee will take additional steps toward making monetary policy even more accommodative [lowering rates], in order to support a process in which inflation will stabilize around the midpoint of the target 1-3% range, and support economic activity [further growth].

Relative stability – with dangerous dependence on other currencies

About the world economy, the Bank of Israel stated,

The risks to the global economy have become more severe since the last interest rate decision, mainly in view of the worsening “trade war.” Interest rates were lowered in the US and other economies, and further reductions are expected. In Europe, further monetary accommodation is expected.

So, for the time being, relative stability. But the Bank of Israel has a potential serious problem looming. All it’s assets are held as a basket of reserve currencies, Dollars, Euros, Yen, Pounds, etc. That’s what backs up the Israeli Shekel. Israel sold all its gold holdings in the early 1960s.

The Bank of Israel should buy gold

For a while, I’ve been thinking that the Bank of Israel should start buying gold, to diversify the mix of it’s asset holdings, which are only in foreign currency holdings now, primarily US dollars.

Given what’s been taking place in the global economy, the jitters in international markets, do to geo-political risk, the trade wars, and now possibly the beginning of currency wars, it seems wiser than Solomon, and more urgent than ever, for the Bank of Israel to start buying gold, and back up the Shekel with a hard asset.

Gold has historically been a safe-haven asset in times of turmoil.

According to SP Angel Financial Analysts, The long-term outlook for gold remains solid, with the US-China trade war and ‘de-dollarization’ trend expected to keep gold prices elevated. “Long-term uncertainty over the ongoing US-China trade war may push gold higher in the long run,” the firm’s analysts wrote. “A wider trend of ‘de-dollarisation’, or central banks buying into alternatives to the dollar including gold, may also strengthen gold prices.” Gold is up about 30% in dollar terms, since August of 2018. It’s at record levels in many currencies.

SP Angel analysts also mentioned the Bank of England governor Mark Carney, who at the Jackson Hole central bankers meeting recently, said “…the dollar’s position as the world’s reserve currency should be challenged.”

According to the World Gold Council, central banks purchased a record $15.7Billion of gold, 374 tonnes, in the first six months of 2019, in an effort to diversify their reserves away from the US dollar as global trade tensions continue to simmer.

So why won’t the Bank of Israel buy gold?

Truthfully, its a no-brainer. If countries like China, Russia, Poland, Turkey, and Kazakhstan can be buying gold…

Yes Poland, Turkey and Kazakhstan!!! Why not Israel?

The economic reason for the Bank of Israel to buy gold

A closely watched recession indicator, the premium on two-year US Treasury Bond yields over 10-year yields, inverted recently, and reached a level not seen since 2007. This inversion, the short-term rate being higher than the long-term rate happens when investors are bidding for longer-term bonds (thus driving down their yields) because they are pessimistic about the short-term prospects for the economy. It has prefaced every recession in the US, since after World War II.

This, along with other factors, clearly indicates the likelihood of a recession in the US, between six months to two years from now. On top of that, the EU’s recession, China’s major slow down, growing trade wars, and the threat of a global recession, all will have a negative impact on the Israeli economy, the value of the Bank of Israel’s foreign currency holdings, and the Shekel value.

But, not if the Shekel was backed by gold. It would only appreciate under such crisis conditions. Israel would be an island of tranquility, in a raging economic sea.

The religious reason for the Bank of Israel to buy gold

Now, here’s a deeper view as to why the Bank of Israel should start buying gold.

When King David told his son Solomon, about his preparations to build the Holy Temple, he said,

Behold, I have taken much trouble to prepare for the House of the Lord, one hundred thousand talents of gold [about 3,500 tons worth about $1.63 trillion] and one million talents of silver, and bronze and iron beyond measure, for it is so abundant. I have prepared timber and stone also, and you may add to them.

King David throughout his rule, stockpiled in his treasury, precious metals, and other resources, for the building of the Beit HaMikdash, the Holy Temple, and the utensils used in it. This preparation, also bolstered the kingdom’s economic clout.

King Solomon ruled from about 970 BCE to 931 BCE, and during this time he is said to have received 25 tons of gold for each of the 39 years of his reign, which would be worth about $48Billion in 2019. Along with the other riches he amassed from taxation and trade, King Solomon’s personal fortune has been estimated to be over $2.2Trillion in today’s money.

King Solomon inherited peace on his borders and a thriving economy from his father. The kingdom was an economic superpower. When the time came for King Solomon to start the construction of the Beit HaMikdash, he had all the resources needed.

Israel should learn from King David and do the same today!

Gold, for immediate stability and the Third Temple

Besides strengthening the Shekel, as the world slides into economic chaos and possibly a global depression, its important to have the precious metals, and other resources ready and available, when the time comes to build the Third Temple.

The Bank of Israel should start purchasing gold now!

This solid-gold menorah stands outside the Temple Institute in the Old City of Jerusalem. When at last Israel builds the Third Temple, this object will have a permanent home. Photo: CNAV, April 2011.

Ingratitude of the Immigrants