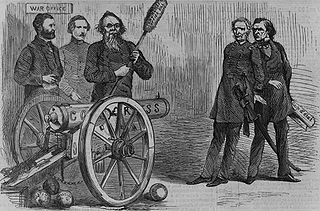 The entire 2020 lineup of leftist Democrats and their Congressional sycophants have assured the nation that impeachment of President Trump is necessary to protect the nation. It is an odd assertion considering that President Trump has been wildly successful by pro-America standards. Let’s review.

In less than three years President Trump has added 6 million jobs to the workforce, unemployment is the lowest it has ever been for the black, Hispanic, and Asian communities. The United States is energy independent and we are now the leading exporter of energy in the world. So, what exactly do the Democrats mean when they say that YOU, the nation, will be safer without POTUS? Let’s find out.

It appears there is pervasive pronoun confusion in the Democrat assertion! The corrupt pay-to-play Democrats would definitely be safer without America-first President Trump in charge, but YOU, the American taxpaying voter, will definitely not be safer. Let me explain.

Americans have low tolerance for cheating

In 1994, ice skater Tonya Harding stunned the world with her participation in the unprecedented and shocking physical attack against competitor Nancy Kerrigan. Fans were familiar with anabolic steroid doping schemes in athletics, but a physical assault intended to break Nancy Kerrigan’s leg?? The attack was simply beyond the threshold of public tolerance. Fans want a fair fight – a fair competition between athletes who perform and compete fairly for the competition prize – no cheating or dirty tricks allowed.

So it is with politics. The radical leftist Democrat party has pushed the public past the threshold of tolerance. Americans voters want a fair fight – a fair competition between politicians who present their positions and compete fairly for the election prize – no cheating or dirty tricks allowed.

The radical leftist Democrat party under Obama fully expected his legacy candidate Hillary Clinton to win the 2016 election. Clinton stupefied the Democrats when she was defeated. Instead of concentrating on providing an electable candidate in 2020, Obama’s Democrat “resistance” movement was immediately launched to disable and destroy President Trump and his America-first policies.

The Democrats have stunned the world with their shocking attacks against President Donald Trump. For the first time in American history a coup was attempted against a sitting president of the United States. Like Tanya Harding’s attack on champion Nancy Kerrigan, the coup failed and President Trump was bruised but not destroyed Uh-oh!

The failed White House coup morphed into the failed Mueller “investigation” that wasted millions of taxpayer dollars and two years trying to accomplish the overthrow of a duly elected sitting president. President Trump continued to strengthen the economy and military that Obama had intentionally weakened. What happened?

Another coup attempt at the heart of impeachment

Yet another coup attempt was launched against President Trump in the form of the media made-for-television Ukraine affair. On cue, the desperate Democrats starring Adam Schiff began their hysterical, unsubstantiated, completely fraudulent calls for impeachment. Here is the problem. The Democrat bag of dirty political tricks are boomerangs that expose their own staggering malfeasance. Let’s review.

The Democrats accuse President Trump of extorting Ukrainian President Volodymyr Zelensky to “manufacture” dirt on Joe Biden. President Trump knows he is innocent and the White House releases the transcript of the conversation that completely exonerates him. No matter. Lying Adam Schiff intentionally misrepresents the transcript and insists that the President has committed an impeachable offense.

Against impeachment: what really went on between Trump and Zelensky

In a powerful 9.27.19 article appearing in the World Tribune, writer Jeffrey T. Kuhner correctly titles his article, “Trump’s Real Crime? ‘He’s Serious About Draining the Swamp’” In the article Kuhner explains how the call to President Zelensky was completely appropriate. Zelensky was elected on a platform to crack down on graft and corruption. Plus, we have a treaty with the Ukraine to help each other investigate crimes that would include political corruption.

So, it should come as no surprise that President Trump asked President Zelensky to look into allegations of Russian meddling in the 2016 election. Kuhner quotes President Trump from the transcript.

“I would like you to find out what happened with this whole situation with Ukraine, they say Crowdstrike,” Trump says, referring to the private security firm that examined the hacking of the Democratic National Committee’s emails. The DNC refused to hand their server over to be analyzed by FBI forensics experts. Instead, they had Crowdstrike do it. And the company’s server is based in Ukraine — meaning it could shed light on whether Russian intelligence agents really did hack the DNC’s emails.

Crowdstrike is an American cyber-security technology company and its founder is tied to George Soros through the Atlantic Council, a think tank supported by Soros. Are you surprised?

Trump advises Zelensky about corruption in his own country

Kuhner is quite right in his assessment – the Democrats are wildly upset because President Trump is draining the swamp. Consider the Biden boomerang. President Trump released the conversation transcripts and Kuhner explains what it exposed:

Trump asks Zelensky to look into the firing of the former top prosecutor, Viktor Shokin, who was investigating Burisma, the natural gas company in which Hunter Biden was on the board. He was collecting $83,000 a month (for doing nothing). In May 2018, Joe Biden publicly bragged that, when he was vice president, he deliberately withheld $1 billion in U.S. aid unless Shokin was pushed out, thereby ending the investigation into Burisma — and of course, shielding Hunter from any prosecution. It was Biden who engaged in sleazy, criminal behavior, using American taxpayer dollars to blackmail a foreign government into allowing his drug addict son to continue enriching himself.

In all, Hunter amassed over $3 million in Ukraine (through China his equity firm would collect $1.5 billion — an obscene sum). In short, Biden is one of the most corrupt politicians in Washington. Trump did what he is supposed to do: Investigate Biden’s illicit activity and demand the new Ukrainian government honor its commitment to tackle corruption.

Deep state throws its own sins off on its enemy, Trump

Everything the swampsters have accused President Trump of doing is precisely what they have done themselves. In psychology it is called projection. In everyday language, what the Democrats have done and continue to do is simply called lying. The Democrats are lying in the service of their political ideology in which the ends justifies the means. It is political cheating on a staggering scale.

The Humanitarian Hoax of Impeachment: subverting an election

The humanitarian hoax of impeachment is that it usurps the will of the American people by pretending to protect America. The globalist elite and their Democrat hucksters are determined to overthrow duly elected President Donald J. Trump. The Democrats, funded by globalists like George Soros, have an elitist operating principle that says, “We are superior to you, we are smarter than you, we know better than you, and we are going to remove the president you elected in 2016 and install our own puppet president against your will – for your own good of course.”

It is the same arrogant elitist operating principle that is subverting the will of the British people who voted to leave the European Union. The globalists and their political puppets in England are refusing to implement BREXIT (British exit). It is the same shocking deep state challenge to the will of the people by globalist powers who fully intend to cheat the English voters and usurp the power of the British people.

Cheating diminishes the cheaters; so it will be with impeachment

The lesson of Tanya Harding is that the international world of figure skating is diminished by cheating. The sport is not better off with an arrogant ends justifies the means attitude, and neither is America. President Donald J. Trump has proven that his America-first policies strengthen the United States domestically and internationally. He is the voters choice and the right choice for America.

President Trump insists on protecting Americans, preserving the American Constitution, our representative republic, free market capitalism, our national sovereignty, and most of all the will of the American people.

We must never allow the humanitarian hoax of impeachment to succeed. It is the dirtiest of Democrat political tricks designed to protect the corrupt Washington swamp, and deny the will of the people who have elected President Trump to drain it.

About the image: another impeachment scam in U.S. history

This cartoon, “The Situation,” describing the players in the impeachment of President Andrew Johnson, appeared in Harper’s Weekly in 1868. Edwin Stanton, War Secretary, aims the cannon of Congress at President Johnson. The Tenure in Office Act appears as the rammer, and justice appears as a pile of cannonballs. This first example of the impeachment of a President was another humanitarian hoax in its day. History records it fell but one vote shy of success.

This cartoon is in the public domain by virtue of its age.

Firearms Are The People’s Liberty Teeth – It Is For Americans to Grin (Resist) In The Face Of Tyranny!