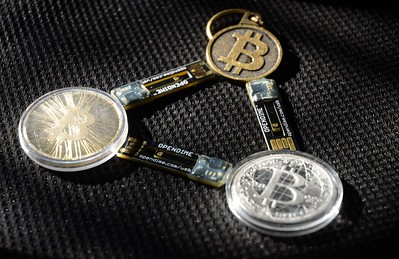 For starters, President Trump helped Kemp get elected, and POTUS has made it widely known his preference to fill the senate vacancy is conservative Rep. Doug Collins.

So, who is Kelly Loeffler and why is she controversial?

From working on the family farm to creating jobs and opportunity in the business world, I have been blessed to live the American Dream. I am offering myself to serve hardworking Georgians as a political outsider in the United States Senate to protect that dream for everyone.

But that’s not all!

…but watch out! Kelly Loeffler, globalist

The deal, which was worth $10.9 billion as of November 1, gives ICE control of Liffe, Europe’s No. 2 derivatives market, as well as the New York Stock Exchange, which has been at the center of American capitalism since it was started in 1792.

Intercontinental Exchange and its true colors

According to Fortune Magazine,

In August 2018 Intercontinental Exchange announced it was forming the new company Bakkt, which is intended to leverage Microsoft online servers to manage digital assets. Bakkt was said to be working with Boston Consulting Group (BCG), Microsoft, Starbucks, and others to create a software platform. The Bakkt ecosystem is expected to include federally regulated markets and warehousing along with merchant and consumer applications. Its first use cases will be for trading and conversion of Bitcoin (BTC) versus fiat currencies. Kelly Loeffler is Bakkt’s CEO. Bakkt, a subsidiary of Sprecher’s Intercontinental Exchange, was valued at $740 million after series A funding round March 2019. So what is the problem and why does it matter that Loeffler is Bakkt’s CEO?

The globalist Trojan horse that is Bitcoin

Kelly Loeffler and Jeffrey Sprecher’s personal wealth is not the problem. Their philosophical aspirations regarding globalized trading with global cryptocurrency like Bitcoin through Bakkt is the problem.

Today’s worldwide clash between globalism and national sovereignty is reflected in American politics. The Leftist/Globalist axis has attacked the America-first agenda of President Donald Trump and repeatedly attempted to unseat him through impeachment, or defeat him in the 2020 presidential election.

The unsuccessful coup attempts against President Donald Trump have been coordinated by the deep state through the intelligence community to destabilize and overthrow the president because of his America-first policies. President Donald J. Trump is the existential enemy of globalism and is unapologetically committed to American freedom and American sovereignty. His presidency is challenged by the Democrat party support for open borders and uncontrolled immigration that facilitates the one-world government envisioned by the globalist political elite.

The difference between global trade and globalism is being intentionally blurred to disguise globalism’s sinister objective of a New World Order of internationalized one-world government. One of the essential requirements for national sovereignty is a national currency. The United States dollar is our country’s national currency. Globalists Kelly Loeffler and her husband Jeffrey Sprecher support the internationalized cryptocurrency they are promoting with Bakkt where trades will be conducted with Bitcoin instead of fiat currency like the U.S. dollar.

Bitcoin is the world’s first global, digital currency. Its use eliminates the need for central banks or even the nation-state’s government that regulate banks. Bitcoin is the global currency of an internationalized planet. It is the currency of globalism’s New World Order and one-world government.

The fact that Kelly Loeffler is a woman, a business leader, and a registered Republican cannot erase her $750,000 support for globalist RINO Romney in 2012, or the globalist ambitions of the Bitcoin exchange she leads. Kelly Loeffler is a globalist and a dangerous choice for American sovereignty because her Senate vote could theoretically tip the scale against President Trump’s America-first agenda.

Globalists are determined to stack the political deck with senate seats of Romney supporters like Loeffler rather than republicans who support President Trump’s America-first agenda like Georgia Rep. Doug Collins.

So, who is Governor Brian Kemp and why would he choose a globalist like Kelly Loeffler? Georgians want to know – and so do I.

“You Are So Heavenly-Minded, You Are No Earthly Good” – Can You Show Me That In Scripture? Didn’t Think So