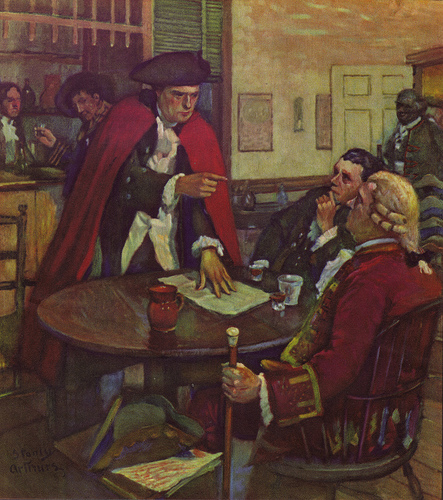 “Where the roots of private virtue are diseased, the fruit of public probity cannot but be corrupt.” – Felix Alder

A prelude on opinions, of politicians or anyone else

Let me start off by acknowledging that since the inception of this ministry 22 years ago, I have never based my opinion on the things that I highlight either on radio or in my articles, never once. Yet, those that have disputed or have attempted to debate me on whatever topic that I may be highlighting have given their opinions and that without fail.

I have always based every topic in correcting the errors of opinion on the Word of God and that of the United States Constitution (Psalm 119:89; 2 Timothy 3:16-17; 1 Peter 1:25). By doing so, it becomes the stumbling block or the rock of offense to their opinions (1 Peter 2:8). These topics that I highlight usually apply to those in the Church and to those in government, which Jesus told us to beware when it comes to their leaven-doctrine (Mark 8:15).

They that forsake the law praise the wicked: but such as keep the law contend with them.

Remember that “political language is designed to make lies sound truthful” and yet, these are the games in which these men that debate with me are caught up.

When politicians become laws unto themselves – or do they?

How far can this go if we let it?

Just the other day, I heard a preacher that I like speak of how thankful that he was that the president lets him do the things that he does (Hosea 4:6). This preacher needs to understand that he is to have the law of truth in his mouth, which is to turn men from iniquity and bondage (Malachi 2:6).

This preacher has it backward and upside down. Little must he know of his own history. This is what our forefathers exhibited in throwing off tyranny in 1776.

Wise men judge politicians by what they do

It is absolutely astounding to see how people will praise administration after administration based on what a candidate may be running on (promises made), or what a president may say and yet, Scripture commands that we are to judge them by what they do.

The foolish man judges anyone by what he says

Again, the foolishness of men praise a man for what he says, and that to their own demise rather then what that man does (Isaiah 30).

And no marvel; for Satan himself is transformed into an angel of light. Therefore it is no great thing if his ministers also be transformed as the ministers of righteousness; whose end shall be according to their works. – 2 Corinthians 11:14-15

Politicians should be servants, not dictatorial leaders

I can just hear someone say,

They are servants, not leaders.

That public servant is entrusted with delegated authority from “We the People” to do what they swore that they would do, which is to uphold the enumerated laws found within the United States Constitution.

Let me say it this way: when you are driving down the highway abiding by the laws of the land, the police officer does not pull you over to tell you how wonderful a driver that you are, does he? However, he will pull you over for driving erratically or dangerously? So it is with us, the Bible teaches.

Doth he thank that servant because he did the things that were commanded him? I trow not.

Son of Liberty Patrick Henry said that Americans are to “guard with jealous attention the public liberty. Suspect everyone who approaches that jewel.”

And so should we.

Yet, it falls to the people that tolerate this.

How true it is what Joseph de Maistre said: “Every country has the government it deserves.”

Georgia on My Mind