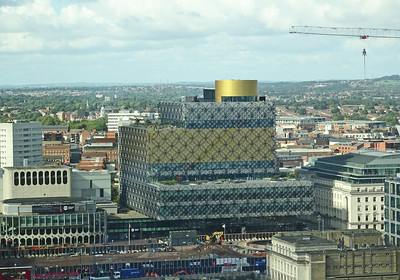 A story in a modern news organ – read below to see which – contained this line:

On Friday about 600 Muslim children, aged between four and 11, were withdrawn from the school for the day.

Does anyone out there realize that if I were to, at any time, during a high school, middle school or an elementary assembly promote what schools are, in fact, indoctrinating students (sodomite agenda) with today in America that I would be immediately be arrested and charged? I would be considered a pedophile. Friends, this is the activity of felons in this country, and it is being used to usurp parental authority.

Does someone want to explain to me how it is that parents all across this country who are subjecting their children to this perversion and confusion (Daniel 9:7) by design are making their children a prey for those who mean to violate them (Luke 17:2)? It has been in the congressional record since February of 1987.

Now, the headline on this article may be a little misleading within the title “Birmingham School.” Many may have thought that this was taking place in Birmingham, Alabama by the Christian parents that have finally have had enough. However, it is not. This is actually happening in Parkfield community school in Saltley, Birmingham, United Kingdom by Muslim parents giving pretenses who will not subject their children to the sodomite agenda.

A primary school that taught pupils about homosexuality as part of a programme to challenge homophobia has stopped the lessons after hundreds of children were withdrawn by parents in protest.

Parkfield community school in Saltley, Birmingham, has been the scene of weekly protests over the lessons, which parents claim are promoting gay and transgender lifestyles.

In a letter to parents, the school said: “Up to the end of this term, we will not be delivering any No Outsiders lessons in our long-term year curriculum plan, as this half term has already been blocked for religious education (RE). Equality assemblies will continue as normal and our welcoming No Outsiders ethos will be there for all.”

On Friday about 600 Muslim children, aged between four and 11, were withdrawn from the school for the day, parents said. The school would not confirm the number.

The school made clear that it had never intended to continue the No Outsiders lessons this half term and confirmed that the lessons would resume only after a full consultation with every parent.

This started a month earlier

Last month, the Guardian reported that the assistant headteacher of the school was forced to defend the lessons after 400 predominantly Muslim parents signed a petition calling for them to be dropped from the curriculum.

Why do American Christians tolerate this without protest?

How is it that the American Christians, who claim to be the light (Matthew 5:14-16) and are to reprove the darkness (Ephesians 5:11), merely sit back and tolerate this abomination in our land? Americans know that this is all predicated upon lies.

Americans know that this counters biblical and American law. Yet, they succumb to those who are being used to further bring about the demise of the country that they claim to love (Matthew 23:3) through less then 1.7 % 0f those who hate (Leviticus 26:15-17)

Americans are either going to stand up and shut this down in the public arena, starting in the churches, (Matthew 16:15-20) or else they are going to go down in history as the greatest capitulators (Psalm 78:9) and haters of their own children known to mankind.

Animals have more sense than humans

Let’s learn a lesson from the creatures in the animal kingdom that seem to have more sense than some humans (Romans 1:22).

A few years ago, we were in Alaska on a ministry trip when we came across a mother moose with her two calves. We were following our hosts, who had lived in Alaska for many years. However, when the mother moose saw that we were coming up behind her calves, she turned around and gave us a “You better back off” look. In fact, we thought that it was bears you had to watch out for in Alaska, but were told it was the moose of which you wanted to be careful.

Learn from animals: we’re in Birmingham

Our hosts, who were driving a truck in front of us, were so concerned about what this mother might do to defend her babies, that he literally stopped the truck and backed off of her on the road for fear she might ram it or attack it.

The point? Animals will defend their young at all costs so no harm will come to them.

This is a lesson that all humans that succumb to the wiles of corrupt men should learn (Ephesians 4:14).

“Library of Birmingham” by Sharon Vander Kaay is licensed under CC BY 2.0

“You Are So Heavenly-Minded, You Are No Earthly Good” – Can You Show Me That In Scripture? Didn’t Think So