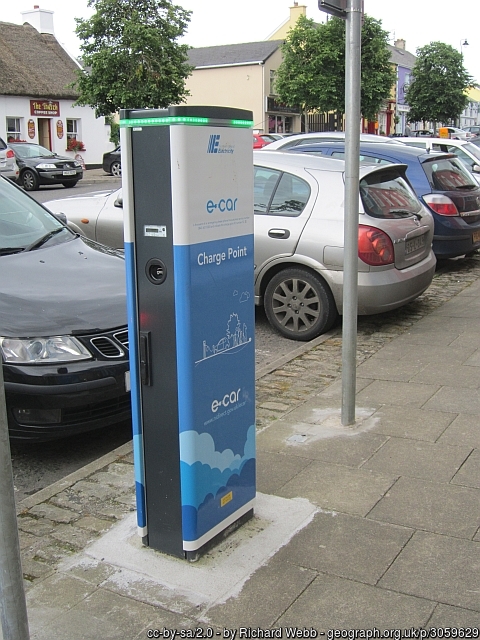 Electric vehicles, specifically those that run on battery power, defined the year 2019. Impeachment will have no effect on people’s lives. Gun control will provoke a crisis in 2020, not 2019. But electric vehicles will stay, and take over the world’s roads. Now we must ask ourselves: what kind of future will they bring? The answer depends not on technology, but on politics—including geopolitics.

Electric vehicles have much to recommend them. First and foremost they cost far less, in time, money, and effort, to keep up, than their conventional counterparts. (“Conventional” here means “having an internal combustion engine.”) Buying an electric vehicle today is like buying a conventional vehicle with:

Electric vehicles today outperform their conventional counterparts, regardless of type. Your editor test-drove a Chevrolet Bolt EV, and can attest: they respond instantly without hesitation.

True, the Bolt is a four-door compact. But Tesla, the leading maker of electric vehicles, has a Semi in prototype. This report says it all: 60 mph from a standing stop in five seconds. Climbing an upgrade, pulling a load, at 65 mph steady.

And who will soon forget the spectacle of Tesla’s new prototype pickup truck pulling a Ford F150 right out of its tires? After that, someone staged a tug-of-war between a Tesla Model X and a Ford F150 Raptor, a heavier truck. The result was the same. At t=3:24, the conventional truck driver boasts about his truck. One minute and twenty seconds later, he makes excuses.

Tesla (NYSE:TSLA) proved electric vehicles as a concept in another way: to investors. In the summer of 2019, the price-per-share of Tesla stock had declined to $185 US, or lower. As of Friday’s close, it was trading at $414.70. What happened? Two things:

At the time, Tesla was “the most shorted stock on Wall Street.” Suddenly its stock price was more than doubling. Today all those “investors” who were short Tesla must buy to cover. Needless to say, the market is long Tesla today.

With electric vehicles, and especially with Tesla’s efforts, has come the rapid development of autonomous driving. This describes a car that can take over some driving functions or even, at the highest level, drive itself.

The Society of Automotive Engineers last year defined six levels (0 to 5) of autonomy a car can have. See here, here and here for more descriptions. Today, the Tesla Models S, X and 3 are at Level 3 or arguably at Level 4. (Tesla’s Model Y goes into production next year.) At least one company, Canoo, hopes to build cars that completely destroy every convention, not only of the drivetrain but also of how people sit in a car. Their cars will feature rear and side seats that face the center, and front seats that can swivel to face rearward. If any car will make sense as a Level 5 car, driving itself with no human control input, this will.

One major change will happen on the road in any case: conventional vehicles will vanish from it. One can only ask how fast. Today one can buy, or look forward to buying, electric vehicles of nearly all types. Only the heavy-duty stop-and-go vehicles (garbage trucks, cherry-picker repair trucks, etc.) remain today. One can already buy hybrid vehicles of most of these types. As the experience with cars has shown, hybrids are the transitional form from conventional to electric vehicles.

The Otto and Diesel internal combustion engines enjoyed a good run, for more than a century. But they will soon disappear.

The railroads have known this for a long time. Even a “Diesel locomotive” actually uses a Diesel engine to run an electric generator. So the railroads will either string catenary over all their track, or develop a battery-powered locomotive that can “jump the gap” on tracks without catenaries.

But we should all ask ourselves: what will a future with electric vehicles look like? That will depend entirely on what kind of public official takes command.

In the freedom future, electric vehicles simply replace conventional vehicles of all types, as fast as Tesla and its competitors can develop them. Gasoline and Diesel fuel stops and pumps will give way to public charging stations. Furthermore, the old “service station” that offered mechanical services as well as refueling will disappear. To replace them, builder-owners will build convenience stores, as many do today.

These new stations will still be fewer and further between within a city or suburb. People will charge their cars at home. Apartment developers will come under pressure to offer charging in their parking lots to tenants and visitors. Hotels and restaurants will offer charging in their lots (many hotels do today). The Volkswagen Group is even developing a robot that will charge electric vehicles in a parking deck. If this does not happen, shoppers’ parking lot and deck operators will hire attendants to do this duty.

A new kind of truck stop

Truckers will have a new kind of truck stop available. It will charge their trucks while they eat and “chew the fat” with their fellows. (Some discussion is taking place concerning the development of a hydrogen-fueled semi-tractor for long-haul truckers. If this does not happen, the railroads will improve their service so that “piggybacking” of trailers becomes more routine.)

This future depends on how quickly Tesla, Canoo, and others can develop SAE Level 5 autonomous vehicles and get clearance from the National Highway and Traffic Safety Administration and various state regulators. Last month, Senator Edward Markey (D-Mass.) expressed a wish to disable autonomous driving. Witnesses have caught Tesla drivers on the Massachusetts Turnpike asleep at the wheel. No accidents resulted from this, but other accidents still happen. Tesla strongly condemns this abuse, reminding everyone sharply that Tesla’s Autopilot is not SAE Level 5 yet.

But what happens when someone gets clearance to bring an SAE Level 5 car to market? Senator Markey will likely change his tune. Expect him and others to push for a law forbidding all but SAE Level 5 cars from at least some highways.

That would be the first step toward most people, especially in cities, declining to own automobiles. Instead they will summon a vehicle to pick them up and take them to any place they name. The cars will “know” when they need a recharge, raise their “off duty” flags, and “return to base.” There, a human or robotic attendant will recharge them and return them to the road.

Road trips will be another matter. One-way rentals will replace the car you own. Once you arrive, you depend on the local “robotaxi” service to get around.

Only rural dwellers, and people towing recreational trailers, will still own their vehicles. Even dedicated “trailerites” might agree to rent electric pickup trucks when they wish to move. (Large house trailers already need semi-tractors to haul them, usually with “Wide Load” banners, flags, and escorts.)

This is the Draconian future consistent with Agenda 21. Electric vehicles, even at SAE Level 5, confer autonomy on their owners and drivers. This is exactly what the worthies at the United Nations do not want. From every pronouncement they have made, they look for a future in which no person, except:

shall own, ride in, or come near, a private automobile.

The fly in the ointment: self-powering electric vehicles

But Tesla has introduced a complication. After revealing its new Cybertruck, Tesla received comments asking whether its rolltop tonneau cover will come with a solar-battery version. Elon Musk, the founder, said yes, and then talked of adding another option. This would be a pair of wing-like projections collecting more energy from the sun. He guessed that a vehicle with this equipment could add 40 miles of range per day from the sun alone.

So now Elon Musk has created the ideal bug-out militia armored fighting vehicle. Imagine a platoon, troop, or squadron of such vehicles. They would need no fuel convoys or depots. Even at 40 miles a day, such a team could cover a lot of ground. And it could do so at night, in almost complete silence. If this does not give the UN nightmares yet, it will.

So: the future belongs to electric vehicles. What kind of future that is, depends on free citizens making free choices while they still may. If they make the right choices, they will have a prosperous and free future. If not…!

“Charging point” by Richard Webb is licensed under CC BY-SA 2.0

OK for local use. Otherwise, it is a Leftist, United Nations Agenda-21 attack on the oil industry, personal freedom, and national sovereignty. One-world government is the objective. Restricting your choices by government mandates as to what you can drive. Leftists use the “Save the Environment” Utopian narrative to herd non-thinking docile sheep into a “redistributionist/socialist” trap. The pathway to Nirvana, in their twisted thinking, is to brainwash people into making government their “god”.

I understand your concern. When this entire EV push started, I shared it.

But it’s not working out as we both feared. The governments needed to move in ways they haven’t moved, and moved a lot faster than they did–to the extent they moved at all.

We never saw any kind of National Get Out Of Your Cars Day. To make that happen, the UN (after all, that’s where this whole climate-change hoax comes from) needed to issue an anti-theft remote-stop signal to every car so equipped, and have an armed force ready to repossess all the stranded cars, and set up roadblocks for the cars not so equipped. See my Christiana Figueres Climate Manifesto article for how that might have worked out. But they needed to do it when I talked about it, or earlier.

Now, it’s too late. The market itself will take care of the only rationale they had for pulling a stunt like that. Not only that, but Elon really did build the ideal bug-out militia armored fighting vehicle. Maybe he doesn’t know it, but I knew it the minute he uttered the phrase “self-powered” in the same paragraph as his catchy name for his new prototype pickup truck.

In short, people will drive electric vehicles because they flat don’t want to drive anything else. We normally don’t think of total cost of ownership of a car, or even total cost of operation. Not until the car breaks down and we get hit with a repair estimate that almost makes us faint. As I know only too well. I have nursed two or three cars along for twenty or more years each until one of two things happened: they got totaled (in one case the engine fell out of its mount), or I finally bit the bullet and practically gave the car away, because I had a friend who sold cars, and he’d found a real cream puff. And leading up to that time, I’ve replaced transmissions, alternators, and even the very engine itself.

Those days are going to go by the wayside. Once that sinks in, nobody will look at a conventional car anymore.

So the ostensible objective of the UN-IPCC will achieve itself, and freely. The real objective will become an impossible sell.