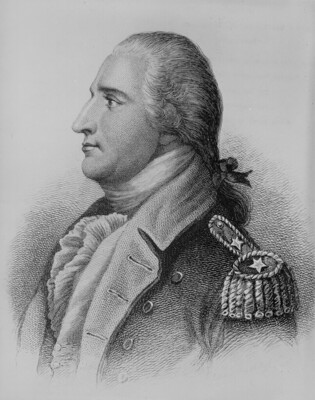 “A nation can survive its fools, and even the ambitious. But it cannot survive treason from within.” -Marcus Tullius Cicero

Taking note of treason not the same as prosecuting it

As we all know, the President of the United States this week accused Barack Hussein Obama of funding the missiles that attacked Americans in Iran. This is true and the American people knew of it when he did what he did. But the president acknowledges his treason and yet fails to charge him for treason (Article 3, Sections 3, US Constitution), which would deter anyone else from daring the justice of God in our government (Proverbs 16:6).

Instead, the president puts sanctions on Iran in hopes of you misreading his confusion (Daniel 9:7) by overlooking the law that he is to “faithfully execute” against “all enemies” here domestically (Romans 3:20; Article 2, Section 3, US Constitution).

Barack Hussein Obama is responsible for more than just what took place in Iran, this on top of the fact that he never has been qualified to be America’s president, he is not a natural born citizen (Article 1, Section 2, US Constitution).

He has sent F-16s to the Muslim Brotherhood. He has given them aid to the known sum of over $1.5 billion. He has appointed to Homeland security advisors with known terrorist ties, as well as releasing high risk detainees from Gitmo. This is just the tip of the iceberg with this foreign criminal.

Is this how one “Makes America Great Again” (Proverbs 20:8)? On the contrary, withholding judgment from the wicked is how you destroy countries, it is not how you preserve them (Article 4, Section 4, US Constitution).

“Ye who turn judgment to wormwood, and leave off righteousness in the earth.” -Amos 5:7

Remember, Donald Trump was on the campaign trail accusing Hillary of deleting emails, Russian collusion, lies, deception and yet, today, his DOJ fails to prosecute her for treason (Luke 22:48).

While Hillary is accusing the president of whatever it is she is told to accuse him of, Donald Trump’s Department of Justice finds no wrongdoing.

Let’s recall, shall we?

Chinagate – The Clinton-Gore campaign in 1996 allegedly took bribes from Chinese banks and their government to help their dwindling poll numbers.

Travelgate Scandal – Catherine Cornelius, a 25-year-old cousin of Bill’s, was allegedly promised the position of director of the travel office. Hillary Clinton then (indirectly) fired seven employees from the United States travel office and replaced them with associates from Arkansas. Records were either nowhere to be found or incorrectly filed. And, there’s a reported attempt to give a White House airline contract to friend. Hillary had the FBI investigate Billy Dale, the head of the travel office, ruining his career who was found to do nothing wrong, but was then audited by the IRS for three years after.

And the big one: Whitewater

Whitewater Scandal – Hillary and her husband were partners in a shady real estate development firm called Whitewater Development Corp in Arkansas. Accusations of impropriety against the Clintons and others soon surfaced, regarding improper campaign contributions, political and financial favors, and tax benefits. Clinton’s friends and majority owners, James and Susan McDougal were jailed for fraud, Clinton’s successor, Governor Jim Tucker, was jailed for fraud along with municipal judges David Hale and Eugene Fitzhugh who worked with James McDougal. The Clintons walked away unscathed, having apparently done nothing wrong.

Vince Foster Jr. Mystery – Questions cloud the suicide of Vince Foster, former colleague, friend, and White House aid of Hillary’s who had connections to Travelgate, and the Whitewater scandals.

Filegate Scandal – Craig Livingstone, director of the White House’s Office of Personnel Security “improperly” accessed FBI files on several hundred individuals. Mrs. Clinton called it a, “completely honest bureaucratic snafu.” Many of these files were on people from previous Republican administrations. Hillary Clinton hired Livingston and is alleged to have looked at the files and requested this move. She was accused by Republicans of violating privacy rights of individuals she viewed as political adversaries.

Lootergate – Bill and especially Hillary started to ship White House furniture to their personal home in Chappaqua, N.Y. The Clintons claimed they were donated, but at only some were proven to be donated and meant to stay in the White House after contacting the manufacturers. The Clintons returned some of the furniture after pressure was put on them to do so.

Drug Dealer Donor Scandal – Convicted drug trafficker Jorge Cabrera apparently made such a big donation to the Clinton’s campaign that he was invited to the White House without Secret Service present.

The list goes on: Deleting emails, selling uranium ore to the Russians, etc… This is treason, America. Is this how you make America great again?

Yet, this president’s Department of Injustice finds nothing on her?

One should not reward treason, theft, etc.

It has been said, “Fool me once, shame on you; fool me twice shame on me.” Americans are inundated with the lies of these people on a daily basis. When do Americans become ashamed of what they tolerate (Jeremiah 3:3)?

What is it going to take, America, for you to understand that these people are merely telling you what it is that you want to hear, only to find that when they win the people’s White House, they give cover to those whom they promised to prosecute?

“The wicked walk on every side, when the vilest men are exalted.” -Psalm 12:8

Instead of these being brought to justice, as promised by this president, they are being rewarded.

The Mainstream Media covers for them, too

Adding insult to injury, the mainstream media gives cover to these conspirators even going so far as to cast into the teeth of the American people that they are the most admired people.

I would like to see this administration uphold the law as he promised, protect the borders and the American cause the way that he and his DOJ have protected these two criminals, Barack Hussein Obama and Hillary Clinton.

“Pretend” is defined in Websters 1828 as “To hold out, as a false appearance; to offer something feigned instead of that which is real; to simulate, in words or actions. to pretend patriotism for the sake of gaining popular applause or obtaining an office; To speak and act so as to make it appear that something is the case when in fact it is not.”

“Benedict Arnold” by Marion Doss is licensed under CC BY-SA 2.0