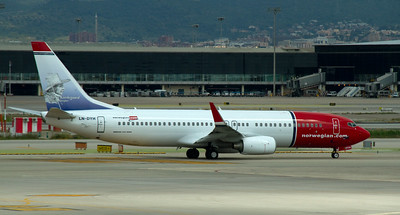 Hello, this is Darrell Castle with today’s Castle Report. Today I will be talking about the crash, or more accurately, the shooting down, of Ukrainian International Airlines Flight 752. The flight took off from Tehran’s Imam Khomeini International Airport, and just about five minutes later, the Boeing 737-800 exploded in flight. No one argues about that, but what caused the explosion and crash, people do argue about.

Initially, the Iranian government claimed the crash was an accident due to engine failure. So the first reaction of the Iranian Regime was to lie. I suppose the lie was to avoid international criticism, but also perhaps because that’s just what governments do. The minute I heard about it I was certain of the cause. The Iranians shot it down by mistake and as an overreaction to fears of an American attack.

By week’s end the Regime admitted that the airliner was shot down by an Iranian air defense missile mistakenly fired due to “American adventurism”. The aircraft contained 82 Iranians, 63 Canadians, 11 Ukrainians, 10 Swedes, 4 Afghans, 3 British and 3 Germans. None survived.

Just a few hours before the crash, the Iranians had launched missile attacks from the area near the crash at bases containing U.S. troops in Iraq. Intelligence reports indicated that about 25% of the missiles failed to ignite or misfired in some other way. Usually in these types of attacks entire missiles are located when they fail to reach the target and fail to explode. That is what happened in the attack on Saudi Arabia’s oil fields earlier last year. That tells us that the hype about Iranian missile technology may be a bit exaggerated.

According to media speculation, growing pressure from Canadian Prime Minister Justin Trudeau, and from President Donald Trump, forced the Iranians to admit that they shot the aircraft down. Whether that was the reason or not, they did admit it, and fairly quickly. Furthermore they admitted to originally lying about the cause and they apologized for that.

Why shoot down Flight 752, a civilian airliner?

So what really happened here? I mean why would the Iranian government would shoot down a defenseless airliner that was no threat to anyone? Speculation and guesswork are the only things we have, but I can think of a few possible reasons. The most plausible is the answer the regime gave. Which is, it was a mistake due to a heightened alert status because of an expected American attack.

That answer seems plausible to me and makes logical sense. The Iranian armed forces had fired several missiles at American forces in Iraq, so they were obviously on high alert. They were quite forthright in their admission and their apology, which is unusual and unexpected. How could such a mistake happen? That’s an easy one to answer. Untrained or inexperienced launch officer or missile troops could have panicked when he or they saw the airplane on his or their tracking target radar. It could have been a mistake in command which released the weapons to fire without proper confirmation.

Remember a few years ago when the United States guided missile destroyer Vincennes accidentally shot down an Iranian airliner with 277 people on board? When tensions are high and threats are going back and forth you create a perfect environment for a fatal mistake.

Or did Iran target some Flight 752 passengers?

Another possible answer is that the Iranians deliberately targeted someone, or some group of people, on the airliner and simply used the American dispute as cover. Perhaps there were several Canadians that they thought were espionage agents or were spying on their nuclear program in some way. That possibility seems rather remote to me and it doesn’t make as much sense as the simple mistake theory.

The final explanation didn’t surface until yesterday, at least that’s the first I heard of it, and that version is that an American Cyber attack caused the Iranian computers to lock on, track, and kill the airliner and everyone on board.

In any event it’s been a tough couple of weeks for the Iranians. They exchange bluster and then attacks with the Americans, and part of the bluster was the Ayatollah telling Donald Trump “there is not a damn thing you can do.” The Ayatollah learned an important lesson, and that is, that hellfire missiles carried on whisper silent drones are up there and they are watching anyone they want to watch.

Such a missile killed top Iranian General Soleimani at the Baghdad airport along with an important Iraqi. That attack led to a series of retaliatory strikes, and then what appeared to be a ceasefire or stand down agreement. But further attacks and threats led to a buildup show of force in the Gulf region by the Americans and British.

After Flight 752, a buildup of forces

Dozens of B-52 bombers, B1 and B2 bombers along with the most advanced stealth fighter aircraft deployed to the region. The Persian Gulf and the Mediterranean were filled with warships to the extent that some were apparently close to colliding, as the Russians tried to intimidate American captains. Politicians in America, especially Democrats, were screaming World War III at the top of their lungs. Nancy Pelosi even persuaded the House to pass a toothless, non-binding resolution restricting the President’s ability to attack Iran. None of them seemed to understand that the Constitution already restricts his authority to make war on his own decision.

Meanwhile, in Tehran and other Iranian cities, tens of thousands of people were in the streets risking their lives by screaming not death to America but “Death to the Dictator” and “Death to Liars” as well as “Khamenei is a Murderer.” The national unity that appeared briefly after the killing of General Qassim Soleimani disappeared as fast as it arrived.

Police, uniformed and plain clothed, as well as Iranian military, deployed in force to curtail the protests. They even arrested the British ambassador to Iran, Rob Macaire, and charged him as “an unknown foreigner in an illegal gathering”. Once his identity and status were confirmed they let him go but it is not a very safe time for non-Iranians to be out in the streets of Tehran.

The bad news got even worse, however, because at General Soleimani’s funeral at least 56 attendees were trampled to death and more than 200 injured. So it’s been a bad couple of weeks for the Iranians, and even before that, about a month ago some 1500 protesters were killed and many more arrested, so they have been under continuous pressure for some time. The severe economic sanctions imposed by the Trump Administration have left the regime with problems even supplying the population with enough food.

Middle East Eye reports Iranians on the street as saying “God has turned his back on us”. I don’t know why no positive thing occurs in Iran. We are frustrated by all the bad news we are hearing. Some people were quoted as saying they were “fed up” with living under sanctions and angered by the way the government has handled the problems. It’s interesting to me that the Iranian people seem to be blaming their own government for the sanctions rather that the government, which actually imposed the sanctions.

A report done by the website Numbeo, which monitors conditions in Iran, reported a growing dissatisfaction within the country due to economic stress. The average after tax wage is U.S. $318.53, so a monthly survival budget with basic food such as white rice and eggs, along with rent and utilities comes to $345.22 so it’s easy to see the cause of dissatisfaction.

Food, medicine, birth rates all short or down

According to official government data, food price inflation was 28% year on year at year end. Medicine is another problem as much of it cannot be found in pharmacies. Reduced consumption takes a toll on efforts to have a normal family life. According to the Tehran Times, the number of babies born in Iran fell by nearly 25% between 2015 and 2019. That is an unprecedented decline outside of wartime, especially since the number of women of child bearing age actually increased over the same time frame.

No oil sales = no money

Iranians cannot sell their only valuable resource, oil, on the world market. Sanctions enforced by the U.S. Navy, have basically closed off the Persian Gulf to Iranians. Since no money of any consequence is available to the government, the government cannot provide food and medicine distribution which has led to desperate conditions inside Iran. Desperate conditions exist in Iran if you believe the reports coming out from various international agencies and the people are starting to rise up and express themselves even if it means risking their own lives.

Another problem the Iranian people face is water resources and what the Journal of Asian Affairs called government mismanagement of it. About 97% of the country is currently experiencing drought conditions. It is one of the worst water conditions among industrialized nations and it is forcing the abandonment of outlying villages as people move into the cities.

Threat of war: real or empty?

Not many nations have been willing to endure this level of deprivation without full war mobilization. I suppose war would be an excuse and a cover up for the mismanagement and misuse of the nation’s resources. The Iranian President, not the Supreme Leader, but the President Hassan Rouhani recently appeared on state run television to say the U.S. and especially E.U. troops in the Middle East are in danger and will be targeted. He used the word “insecure” to refer to them.

I wonder if he is suicidal himself or whether he is just willing to risk it for the people of his nation. The regime seems to be more unstable with each passing day and apparently that’s the way the U.S. President wants it. Why would the U.S. government want to see an unstable Iran? It’s anybody’s guess but I will give you three possible reasons:

Finally folks, choose one of these three or think of your own but as for me I’ll take the Project for a New American Century.

75 Years After Auschwitz And Not Much Learned

The three possibilities that the author mentions at the end are not mutually exclusive. All, or any two, might be true. But I would point out that President Trump has not behaved toward his Western European allies in a manner suggesting that he believes in continuing the “Project for a New American Century.” Or at least, not as if he believes in creating an America-centered global polity. “Pay some of the freight, or we withdraw our protection” is not something a would-be conqueror ever says to the representatives of any country where he has moved or stationed troops.

Dr. Steven Turley suggests that Iran is the third major globalistic threat, after the People’s Republic of China and, most threatening of the three, the Project for a New World Order of George Soros and the United Nations. That would support Reason 1 above. Reason 2 becomes justifiable because Iran has always held itself at war with Israel, just as Iran has held itself at war with the United States since 1979. (See Mr. Castle’s earlier article.)