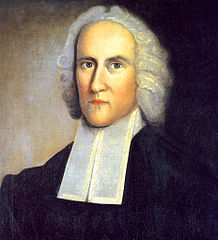 “The wicked shall be turned into hell, And all the nations that forget God.” (Psalm 9:17)

America, when turning away from God, suffers the consequences

Does it not amaze you, friends, that such a high number of the people in this country call themselves Christians, and yet we can clearly see the country is going to Hell (Psalm 9:17)? A whole lot of hypocrisy going on here (Matthew 23:3)!

How does one justify the unjustifiable? We as a nation reap exactly what we sow (Galatians 6:7). We can blame no one else except ourselves for where we are today (Numbers 32:23).

Statistically: America is number #1 in:

Either God is, or He isn’t.

The presupposition to a Christian is that God is (1 John 2:6).

The presupposition to an idolater is that God is the way that they want Him to be (2 Kings 17:33).

They feared the Lord, and served their own gods, after the manner of the nations whom they carried away from thence.

And they both act accordingly.

Idolatry is the oldest sin in the book (Bible), and the more the Lord tells them what it is that they shouldn’t do for their own good, they defiantly rebel (Romans 7:9). How do you show mercy to a people like that?

Often times instead of correcting themselves (2 Timothy 2:21), they even go so far to blame God for evil, the evil that they are responsible for committing, which is like blaming the sun for darkness.

It has been said, “Some people create their own storms, then get upset when it rains.”

The foolishness of man perverteth his way: and his heart fretteth against the LORD.

What it comes to is people want to create a world without God, but what they don’t realize is it’s God’s world (Isaiah 66:1).

Nothing New in the Sick World of Jew Hate