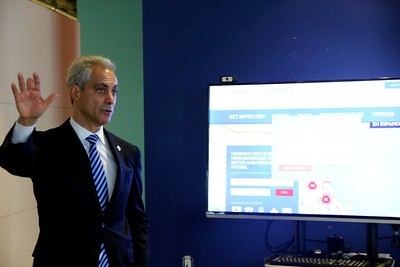 I could not send my soon-to-be-released, The Book of Humanitarian Hoaxes: Killing America with “Kindness”, to print without including the following article as a warning:

Rumblings of a second Democrat impeachment effort against President Trump began immediately after his Senate acquittal on February 5, 2020. All talk of a second impeachment halted abruptly as soon as the coronavirus outbreak in Wuhan, China made the news.

Rahm Emanuel, Barack Obama’s chief of staff, is remembered for saying, “You never let a serious crisis go to waste. And what I mean by that is it’s an opportunity to do things you think you could not do before.” Rahm’s Rule is a political calculation for exploiting an otherwise apolitical event.

Deliberate destruction of an economy

A disproportionate and hysterical response to the coronavirus outbreak provided the vehicle for the politically motivated fourth coup attempt against President Trump. The globalist coup strategy of enhanced public panic followed Rahm’s Rule and did something the Democrats could not do before. It created the social chaos necessary to destabilize Trump’s roaring economy—his signature America-first achievement.

Dr. Nancy Messonnier, director of the National Center for Immunization and Respiratory Diseases, released the first salvo of fear on February 21, 2020, saying a global pandemic was likely. Messonnier introduced the terrifying idea to the nation. But most Americans don’t realize that Nancy Messonnier’s brother is former assistant attorney general Rod Rosenstein. He headed the failed Mueller investigation. The World Health Organization (WHO) initiated worldwide hysteria on March 11, 2020. They declared the coronavirus outbreak a pandemic. So, who is the WHO?

The WHO is a specialized health agency of the globalist United Nations. The director-general of the WHO since 2017, Ethiopian politician Tedros Adhanom Ghebreyesus, severely overstated the fatality rate of the coronavirus, creating a global panic. Fatality rates for coronavirus are actually much lower than fatality rates for the flu. President Trump was correct when he tried to calm the nation saying the WHO’s reported fatality rate was too high. Why the obvious discrepancy?

China put Tedros in – and got much bang for the yuan

Tedros, former Ethiopian Minister of Health (2005–2012) and Minister of Foreign Affairs (2012–2016), is a member of the Tigray People’s Liberation Front, the most powerful political party within the Marxist Ethiopian People’s Revolutionary Democratic Front, that ruled Ethiopia until December 2019.

A shocking March 17, 2020, article in The Federalist exposed the symbiotic relationship between Tedros and China:

China worked “tirelessly behind the scenes” in lobbying to ensure the election of Tedros. . . . So why did China push so hard for Tedros? The ex-revolutionary’s tenure is merely part of the broader Chinese Communist Party (CCP) strategy to take over international organizations to “reshape the international system to accommodate its political and economic interests.” . . . As noted by Assistant to the U.S. President, Peter Navarro, the CCP has a “broad strategy to gain control over the 15 specialized agencies of the UN. China already leads four, no other country leads more than one.”

Once ushered in as director-general, Tedros quickly repaid China’s support. The first day after his election he expressed support for the Chinese Communist Party’s claim over Taiwan. Not long after, he appointed brutal dictator Robert Mugabe, a China ally, as a “goodwill ambassador.” Diplomats described this move as an obvious “payoff.” This support was quickly reciprocated. China decided to fund a new $80 million World Health Organization “Center for Disease Control” in … Ethiopia.

What China wants and why

China wants Trump OUT! The Chinese need an administration like Obama/Biden that will negotiate on trade issues to benefit China, not America. So, China’s patron, Tedros Adhanom Ghebreyesus, the politically corrupt Marxist director-general of the globalist WHO, declared the coronavirus a pandemic. The ensuing panic destabilized financial markets around the world. The economic crisis in America is the fourth coup attempt against President Trump. China and the globalist elite are willing to shatter the world economy to defeat President Trump in November 2020. After all, they know it is an artificial catastrophe that can be reversed on November 4, 2020.

Rahm’s Rule all about votes

The fourth coup attempt is the contrived, strategic, tactical collaboration of the opportunistic Democrats and their globalist bosses. It is a political full court press designed by the enemies of American sovereignty and relies completely on fear. The coronavirus hysteria in America is not about our health—it is about our votes.

Fear is an extremely manipulative tool for social engineers. If the coup engineers can create enough panic to mobilize our frightened inner children, we will regress back to a state of childish powerlessness and compliance where we will willingly surrender our freedoms to be safe. Henry Kissinger famously described the path to a New World Government at the Bilderberg Conference in Evians, France 1991:

From a globalist’s mouth

Today, America would be outraged if U.N. troops entered Los Angeles to restore order. Tomorrow they will be grateful! This is especially true if they were told that there was an outside threat from beyond, whether real or promulgated, that threatened our very existence. It is then that all peoples of the world will plead to deliver them from this evil. The one thing every man fears is the unknown. When presented with this scenario, individual rights will be willingly relinquished for the guarantee of their well-being granted to them by the World Government.

This article appears here at the author’s Pundicity page and website.

“Rahm Emmanuel, Holding up His Right Hand in Front of Chicago 2015 Election Website” by Daniel X. O’Neil is licensed under CC BY 2.0

Creating Our Own Crisis