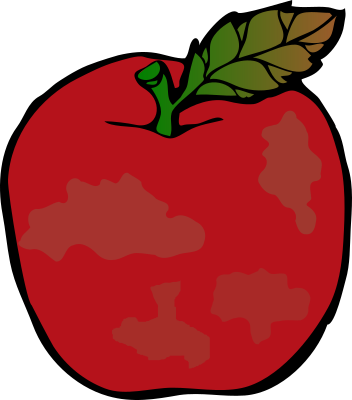 Yesterday the mass hypochondriasis from SARS-CoV-2 reached a new height of absurdity. The William Floyd School District in Mastic Beach, Long Island, N.Y., suspended a student for the rest of the year. Not only did they suspend him; they also revoked his prom and commencement tickets. What did he do to merit such treatment? He attended school. You read that correctly: he attended school.

Since when is skipping school a requirement?

Most of the time, a student might draw a suspension for skipping school. They used to call such behavior truancy or malingering. (To malinger means to feign illness to avoid a compulsory work or school activity.) Once this country had truant officers, because society compelled school attendance.

But now something new has appeared, to aid and abet a curious kind of treason. That something has the names SARS-CoV-2, CoViD-19, or The Contagion That Shall Remain Nameless. That last comes from a rule on YouTube that no influencer, on pain of losing his right to carry paying advertising, shall mention this entity by any of its names.

Lay aside for the moment the allegation—which a virologist from China is now laying public information to support—that a Chinese laboratory developed SARS-CoV-2.

This action by the William Floyd School District highlights a far more dire result. Certain public officials and other figures have conspired together to turn the United States of America into a country of hypochondriacs. Here, without limitation, are key members of this rogues’ gallery:

Bill Gates, Jr. Who wants nothing less than to depopulate the planet except for himself and his friends. Furthermore, he once said vaccines were the way to do just that.

How not to get sick, while not malingering

Before your editor proceeds, he will now discharge a debt of honor. One who decries a public policy must suggest to individuals what they can and should do instead. And here is the alternative, which makes sense to your editor in light of his medical training. Take your:

And if you’re still afraid, ask the Swedes. They showed you don’t have to malinger. They now have the lowest total mortality from this cause of any society on earth. And they never put in a regime forcing people to malinger.

Your editor reminds you again: telling the population of a country to play hypochondriac (or malingerer) leads to economic collapse. Which is what the political left wants.

A school district accedes to treason

And it ill befits a school district to accede to this treason. And that is what the William Floyd School District is doing.

This article comes from GOPUSA, through a content-sharing agreement involving Acquire Media, the Tribune Content Agency, and The New York Daily News. Maverick Stow, a senior at William Floyd High School, said no. I will not malinger. The school told him to malinger. Not in so many words, of course not. Instead they set up some kind of schedule for remote learning. Then they suspended him for five days because he came to class at a time someone scheduled him for remote learning. CNAV assumes this was a rotating schedule. No matter. Young Stow declared that classes are not classes unless all attend in person, pandemic or no.

After drawing the suspension, he came to class anyway. So officials called the police, who arrested him for criminal trespass. Naturally the Board of Education got involved. And an “impartial hearing officer” suspended him for the rest of the year.

If the school district agrees with him, why don’t they support him?

By way of excusing their act, they called his actions “irresponsible and selfish.” But then they said they agreed with him that school does mean classes in person five days a week. So why don’t they hold them? Because they “must follow the social distancing requirements set forth by the State [of New York].” Excuse me? Is this the same State of New York whose governor sent infected patients into nursing homes? And you take his advice? Perish the thought.

What would happen if, instead, school districts everywhere sued the State and asked a judge to let them open for classes in person five days a week? And prepared to carry the matter clear to the Supreme Court of the United States? One does not know until one tries. But we hear that in Pennsylvania a business owner sued the State in federal court to enjoin the governor to leave him alone. And that federal judge agreed, saying the lockdown breaches the Constitution. But if you don’t apply to the courts, the courts can’t help you.

But the worst disgrace in this drama, falls to 100 or more of Stow’s classmates. They signed a petition to condemn him. Now CNAV will not speculate on what else might be going on in that senior class. Did those 100 or more students have another reason to dislike Stow? Such dynamics happen before, and all too few school officials even care when they do. But more likely, Dr. Fauci and his friend Bill Gates have succeeded in literally scaring all their parents out of their wits.

A school goat is a national hero

CNAV won’t speculate, either, on how a boy got the name “Maverick.” But in this case he has an apt name, and has lived up to it. To his great, unqualified credit. Far from “irresponsible and selfish,” Maverick Stow is an American hero.

Spare me the gasps and the “you’re just as bad as he is” trope (tripe). That will serve only to prove my point. America has become a nation of hypochondriacs and malingerers. This has got to stop! Maverick Stow decided that he would stop. For that, in a just world, he would get the Medal of Freedom. And the two (and more) who scared a country into penury would go to prison.