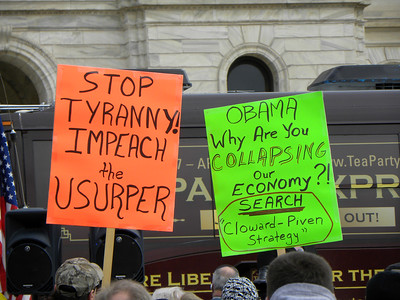 The SARS-CoV-2 Affair occasioned the worst mistakes in the history of statecraft in response to a pandemic illness. Or did various national and sub-national (State and provincial) governments make mistakes? The concept mistake depends on the goal. If governments truly set the goal of protecting public health, then they made grievous mistakes. But if, on the other hand, they intended to destroy individual liberty, while also eliminating a class of “useless eaters,” then they did exactly the right thing. All persons, in and out of government, who care about individual liberty, must investigate this very real possibility.

SARS-CoV-2 is a “novel” member of the Coronavirus family. That is, the human population has no experience with it, therefore no immunity to it.

Or so certain actors have led us to believe. That might not be accurate.

In any event, population develops immunity through exposure. This exposure can be “natural” (meaning “wild”), or artificial. Edward Jenner famously pioneered the method of artificial active acquired immunity. He observed that milkmaids, who by their occupation exposed themselves to cowpox (genus Vaccinia), became at least partly immune to human smallpox (genus Variola). Hence, vaccine and the verb to vaccinate and all the forms that derive from that verb.

Vaccines have a checkered history. Even without that, anyone familiar with “booster shots” knows that natural active acquired immunity always beats the artificial. Barbara Loe Fisher, founder of the National Vaccine Information Center, has more information on:

How and why SARS-CoV-2 spread from China

The world medical profession at first ignored SARS-CoV-2. Apparently a strain of it incubated in the population of the Chinese city of Wuhan. But this does not tell half the story. Evidence keeps accumulating that American and Chinese workers, beginning during the Obama administration, made a wild-type strain worse. And after that, it broke containment—possibly by accident, because it was not—yet—as deadly as certain other viruses.

While this was happening, even the World Health Organization denied any threat to worldwide public health. Since then, President Donald Trump stopped funding that organization, suspecting them of running cover for the Chinese. At least one European health minister suggests that the WHO must explain much that they have not explained.

The lurid reports of SARS-CoV-2 mortality and containment measures

Then came a series of lurid reports, of:

One even heard reports of patients still moving as the flames reached them.

Yet while the Chinese government sealed off Hubei Province (where Wuhan sits) from domestic travel, they did not forbid international travel. Result: the virus escaped China and showed up in Iran, Italy, and other countries in Europe. And it also showed upin the United States.

Authorities made the matter worse

lists some damning information, which anyone using the DuckDuckGo search engine can collaborate. First, the very first patients in the West to die en masse from SARS-CoV-2 were long-term-care home residents. A long-term-care home is any facility that typically houses old people who need extra attention. This includes “nursing homes” and assisted-living communities for patients who can still perform some daily living functions. Some facilities have nursing wards for a select group of residents who tend to wander where they shouldn’t.

The lockdowns were never necessary and doomed to fail

Next—and predictably—mayors of northern Italian towns took alarm at the high death rates. So they demanded that the national government lock the whole country down. Italy became the first country outside of mainland China to lock down any or all of its territory. Commentators warned even then that this tactic would fail.

This item of history now takes on new interest. The first mass die-offs from SARS-CoV-2 in the United States occurred in long-term-care homes in Washington State.

So what happened next? Governor Andrew Cuomo (D-N.Y.) sent patients with SARS-CoV-2 into long-term-care homes in upstate New York. (And now he is trying to under-report the number of long-term-care home residents who die from SARS-CoV-2.) Other Democratic Party member governors made the identical error. Among them: Governor Gretchen Whitmer (D-Mich.). In one sick-making case, she sent a 20-year-old black male SARS-CoV-2 infectee into a long-term-care home. Where he started murdering his fellow residents with the oldest weapon known to forensic science: his bare hands.

Departments of Health then started reporting high mortalities, with no attempt to distinguish long-term-care home residents from the general population. Result: they scared people into believing SARS-CoV-2 to have a morbidity and mortality comparable to The Plague (Yersinia pestis).

Ring around the rosy,

A pocketful of posies,

We all fall down!

Exaggerating the mortality from SARS-CoV-2

Moreover, hospitals got a financial incentive to exaggerate SARS-CoV-2 mortality. The government paid them $39,000 per case if they so reported. So they started pressuring doctors to report every death with the virus as a death from it.

Tony Heller offers one other insight. Face masks do not help. This goes further than observing that people don’t know enough to wear a mask properly. The typical mask has pores too large to contain SARS-CoV-2 particles. So they get through, anyway.

More recent information should give heart to the authorities, if they have our best interests at heart. First, the Centers for Disease Control (CDC) now report a SARS-CoV-2 mortality of 0.26 percent. They further report that about one-third of people who contract the virus, feel no bad effects from it.

But…horrors! Could such people infect people for weeks without knowing it? Imagine millions of Typhoid Marys roaming our streets! Calm down. In fact, after 11 days, an infected person is no longer infectious.

The experiment in intervention falls before the control

In sharp contrast to nearly every other country in the Western world, the Kingdom of Sweden did not lock down any venues other than long-term-care homes. And again as Heller has observed:

Spain and Sweden have observed nearly identical mortalities from the virus as a function of time.

Which means that the lockdowns have accomplished nothing for public health. (The Swedes have admitted that perhaps they could have had a stricter policy regarding visitors to long-term-care homes. But at least they did not send patients with infections into those homes!)

Harms from the lockdowns

But have the lockdowns produced harm? They obviously have produced economic harm. Some have said that maybe certain businesses that have failed, were going to fail anyway. But that does not excuse a government from causing that harm.

More to the point: Anthony S. Fauci, M.D., who once rated the economic harm merely “inconvenient,” now calls it “irreparably damaging.” What prompted him to say that? If Senator Rand Paul (R-Ky.) is assessing him correctly, he didn’t do it out of the kindness of his heart. Perhaps that dissension is growing in the ranks of the medical profession. Five hundred doctors signed a letter by Dr. Simone Gold, testifying to this damage. “A mass casualty event!” she cries. She cites:

Less dire, but things Dr. Gold does not want people to ignore, are higher sales of tobacco and liquor. Significantly, States that have Alcoholic Beverage Control boards and “State Stores” kept those stores open. This while they shut down churches to one degree or another. (Gov. Ralph Northam, D-Va., cleverly allowed drive-in services. Other governors did not. And the American Atheists organization may—or may not—have commissioned or inspired the burning of a church in Mississippi that was winning its court fight with Mississippi’s governor. CNAV cannot determine whether the arsonist had authorization to use the American Atheist Atomic Whirl logo—or not.)

To investigate whether a human-activity misadventure was a mistake or a deliberate act, one first applies this maxim: seek whom the crime would profit. So what might it profit a government to do all these things with the knowledge of their bad effects, and their intent to bring said bad effects about?

First, consider what elderly people represent to a government. One must first distinguish the United States of America from any other country in Europe in this regard. Europeans will quickly assert that the United States has the least “caring” population, and that “the left wing does not exist” in American politics. Likewise, Americans will assert that the right wing does not exist in European politics. (Or didn’t until Donald Trump gained his imitators, like Victor Orban of Hungary.)

So: in Europe, long-term-care home residents typically draw a government subsidy. That makes them “useless eaters” (Unnütze Esser), as Germany’s National Socialists called them. Killing them off en masse would save the government money, even allowing for sending in the meat wagons, the drivers of which would ring a bell and shout, “Bring out your dead!” or however you said it in Italian or Spanish or in whatever language.

In the United States, the only subsidy such residents receive is typically Social Security. But many long-term-care homes seize assets from residents—or their estates. The LegalZoom company devotes a special page to seniors and their families who worry about this problem.

But the biggest problem some on the political left now have with senior citizens is that they vote the wrong way. Oprah Winfrey famously said such people “just have to die off.”

Add to it the push for vote-by-mail. And we know that fraud can and does occur with ever more widespread use of absentee ballots.

Cloward-Piven 2.0: SARS-CoV-2 as excuse for socialism

So now you have a high mortality, and a big ring-around-the-rosy scare. Consequently, people have no income, rent falls past due, etc. Enter the Universal Basic Income, or the Guaranteed Minimum Income.

The late Richard A. Cloward and his widow, Frances Fox Piven, proposed a way to force a legislature into enacting such an institution. See “The Weight of the Poor: A Strategy to End Poverty,” The Nation, May 1, 1966. Cloward and Piven proposed to overload the usual client-based “social safety net.”

Investigation – with a view to impeachment or simple electoral defeat

Therefore, those who love individual liberty have grounds to investigate whether certain American government officials are guilty of:

This could mean bringing articles of impeachment against various State governors and judges at all levels. The only practical sanction against legislators is: your vote.

The SARS-CoV-2 Affair illustrates something many people will find themselves reluctant to acknowledge. That is: the Constitution must stand, even in the face of a pathogen that kills as The Plague did. But this has not been a fair test of preferring Constitutional respect for individual liberty even to “saving lives.” The reason: several State governors, and others in high Presidential councils, have:

How should you cope with it?

This will go much further than the tactics governments are employing today.

“Tea Party Express at the Minnesota capitol” by Fibonacci Blue is licensed under CC BY 2.0

New normal - not normal nor necessary | Conservative News and Views

The Riddle of Animals and Small Children | Conservative News and Views

[…] the ongoing, extreme COVID19 restrictions? The globalists, of course! (And Cloward and Piven’s disciples. – […]

Is failure part of the plan? | Conservative News and Views

[…] the following question. Is someone up there really stupid? Or is failure part of a designed and very sinister plan? Or […]

Who is running the White House today? - Conservative News and Views