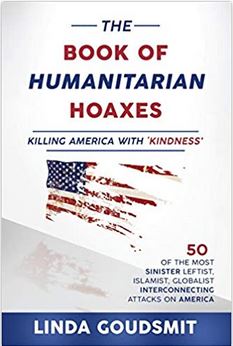 Linda Goudsmit is the author of The Book of Humanitarian Hoaxes: Killing America with “Kindness”, a wonderfully informative work that every American should read. It explains quickly and decisively the 50 ways that the far-left is killing America with destructive policies presented to us as altruistic—for example: Common Core, New World Order, Climate Change, Leftism, Political Correctness, White Supremacy, Collectivism, Globalism, United Nations, Ballot Harvesting, and 40 others.

BDP: Readers will be impressed by how comprehensive your book is.

Linda Goudsmit: I actually love doing research on any and all subjects. This book started as 50 independent articles written over a two-year period, between 2017 and 2019. Each article discusses a controversial topic in the news. Exploring each subject was exciting and often took me in unexpected directions.

BDP: I’m curious, which hoax is the most dangerous of the 50?

Linda Goudsmit: The Humanitarian Hoax of Eternal Childhood is the key to understanding the war on America. Freedom is an adult enterprise. Collectivism, whether it is socialism, communism, or globalism, demands emotional dependence and uncritical acceptance of what we are told. No thank you.

BDP: Tell us about your background, or maybe I should say the background of your ideas.

Linda Goudsmit: I graduated from the University of Michigan in 1969 with a degree in English literature and concentrations in psychology and philosophy. All I did all day long was read books and analyze their contents. I understood that since ancient times, the world was filled with competing ideas and ideologies for the good society. I thought a lot about our forefathers’ revolutionary ideas for a free society of the people, by the people, for the people…you know.

Linda Goudsmit: I love America, but I don’t love what has happened to America. Children are the future of every society on earth, Bruce. Children really do live what they learn. In college, it just never occurred to me that American education could or would be weaponized AGAINST America! But that is exactly what has happened in America.

BDP: Were there any key experiences that focused you on your current political and philosophical positions?

Linda Goudsmit: Proposals for the good society had to consider the nature of man and how we develop emotionally and psychologically. I was always looking for universal answers to the question of why people do what they do. Eventually, I developed my own theory of behavior and presented the paradigm in my 2011 philosophy book, Dear America: Who’s Driving the Bus? A few years ago, I started applying the paradigm to politics. I was shocked to realize that the pressure to regress the American population back to childhood, rather than encourage growth and independence, was deliberate! It is the foundation of the Culture War on America. It took my breath away.

What would she tell the President?

BDP: Let’s say President Trump invites you for a meeting in the Oval Office, which he should, what steps would you advise him to take immediately?

Linda Goudsmit: First, the Department of Education must be overhauled and refocused on the educational policies and practices that made America great in the first place. Anti-American leftist indoctrination must be ended in K-12 and the universities. You see, the Culture War is an information war that begins in kindergarten and ends on the streets of America in anarchy. Second, all institutional pressures in society must once again be designed to encourage maturity, not dependence.

BDP: Which hoax is the most devious?

Linda Goudsmit: I would say that the Humanitarian Hoaxes of Collectivism and Disinformation are tied for first place in the devious category. You must remember that all the hoaxes are designed to regress the people back to childhood thinking and childish compliance where they can be easily manipulated. Children believe what they are told. The Humanitarian Hoax of Eternal Childhood is not only the most dangerous, it is the bait and the switch because free stuff is never free, you pay with your freedom no matter what the hucksters of collectivism and disinformation say.

BDP: I was impressed by the clarity and succinctness of your writing. Do you have to work at that or does it come naturally?

Linda Goudsmit: I write the way I think. I have actually been criticized for being a reductionist, but for me, making complicated things simple is preferable to making simple things complicated. In any case, I always write to fight.

BDP: This book should be used in schools as a model of writing and as a guidebook to understanding the pathologies that have sickened the country. Any chance of that happening?

Linda Goudsmit: Only if Trump is reelected and has the entire K-12 curricula rebuilt in both form and content. By the way, I would recommend using your book Saving K-12 as the manual. No more sight-words; no more new math; only factual world history, not revisionism; American patriotism and the pledge of allegiance recited daily. Its a start. Universities come next.

BDP: I ask that question because I’m often struck by the passivity of the society’s nominal leaders. The Republicans who should be leading the fight are sleepy. How do we wake up these people?

Linda Goudsmit: Sadly, most of the political leadership in Washington is corrupt, not asleep. President Trump is so successful because he is NOT a politician in the Washington sense of the word. He came to the presidency promising to drain the swamp. Unfortunately, the swamp is wider and deeper than he imagined. Donald Trump is an America-first president. His American advocacy is what makes him the existential enemy of globalism and the globalist elite who fund political campaigns.

BDP: Any predictions, optimistic or pessimistic?

Linda Goudsmit: Everything hinges on the 2020 presidential election. If Trump wins, the country has one more chance to defeat the enemies of American exceptionalism and freedom. If the Democrats take the White House, the country will devolve into socialism and then become part of the globalist elite New World Order of a one-world government.

BDP: What’s your next big project?

Linda Goudsmit: I will continue to write political analysis for adults, but my focus will be on America’s children. I am determined to bring critical-thinking skills back to elementary education. My children’s picture book series, Mimi’s Strategy, is my personal contribution to the effort.

BDP: Boil your message down to a few words.

Linda Goudsmit: Grow up, America! Socialism is not your friend.

BDP: Excellent. Thanks for this conversation. You are a warrior and a visionary, exactly what the country needs now.

Linda Goudsmit: Thank you, Bruce, I appreciate you saying that.

This interview appeared at Renew America and at Pundicity.com on 14 September 2020. CNAV takes pride in welcoming Bruce Deitrick Price to its stable of contributors.

Note that Mr. Price interviewed Mrs. Goudsmit four days before the death of Ruth Bader Ginsburg. The issues Price and Goudsmit treat here suddenly take on paramount visibility, to go with the importance they already had. 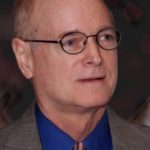 Bruce Deitrick Price is the author of six books, an artist, a poet, and an education reformer. He was born in Norfolk, Virginia, earned Honors in English Literature from Princeton, served two years in the Army, and then lived many years in Manhattan.

Price explains educational theories and methods on his ed site Improve-Education.org (founded in 2005). He has 400 education articles and videos on the Internet. More forcefully than most, Price argues that the public schools are mediocre because our Education Establishment wants them that way.

Price’s most recent book is Saving K-12—What happened to our public schools? How do we fix them? His forte is explaining the dysfunctional theories and methods so common in our schools.