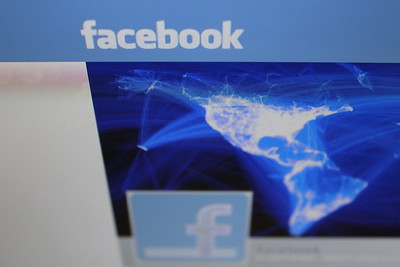 “Congress shall make no law respecting an establishment of religion, or prohibiting the free exercise thereof; or abridging the freedom of speech, or of the press; or the right of the people peaceably to assemble, and to petition the government for a redress of grievances.” – Amendment 1 Bill of Rights

Facebook presumes to control the health narrative, though they have no authority

If it is not Facebook suppressing, censoring, expunging or just blatantly deleting content that does not help drive their subversive narrative, then they are busy setting up discredited Fact Checkers like that of the illegitimate and implausible Snopes (John 8:44).

How much of the narrative do they think that they control? As much as you allow them to do so. Why would they have to do that if their narrative was legitimate?

As a matter of fact, Facebook now says that they are going to ban anti-vaccine ads.

Facebook announced on Tuesday that the social media giant will ban all ads encouraging people to avoid vaccination. Facebook is now censoring factual information on the adverse health and side effects of getting vaccinated.

Anyone paying attention knows that there will be a COVID-19 vaccine. And it will, for all intents and purposes, be mandated for all and distributed by the military. This is not news to most, however, the propaganda campaign has begun, and Facebook will assist the tyrants with censorship.

“Our goal is to help messages about the safety and efficacy of vaccines reach a broad group of people while prohibiting ads with misinformation that could harm public health efforts,” Facebook’s head of health initiatives, Kang-Xing Jin, said in a blog post, according to The Hill. “We don’t want these ads on our platform.”

All of this is to help aid in their end objective. Which is: vaccines, over a virus that they cannot even prove. Friends, this is nothing short of criminal activity.

Like that of the president working hand in glove with the likes of Bill Gates and his henchman Anthony Fauci, we can all clearly see that they are not in opposition to one another, but are all in concert pushing forth another illegal agenda.

Apparently, Facebook and today’s big tech companies think that they are above the law. So they attack the people’s free speech (Isaiah 14:12-14). They are not above the law!

The question that I have always asked myself is this. Why the American people have continuously allowed such blatant violations of their blood-bought freedoms to go on without lawful consequences? (Amos 6:3.)

Related Topics:mediasocial media
Up Next

The worst enemy the United States has ever had