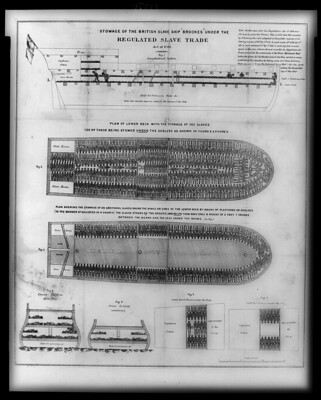 Nicole Hannah-Jones chose the year 1619 for when African slaves were first brought to this country. Many leading historians say this is a false narrative, a version of Mao’s Cultural Revolution. Yet we are told to reevaluate our supposed racist past and accept the destruction of our values, history, laws, statuary, institutions, and terminology/names. This is the cancel culture that has overtaken more than 3,500 classrooms across our country. It is a globalist war globalists are waging against America to destroy America. To paraphrase a Soviet joke, “We know the future, but it is the past that we must change.”

Background – before the 1619 Project

I was pleased to be invited to a virtual meeting of the Ohio State Board of Education in early October, to give testimony about the implementation in Ohio schools of The 1619 Project, the reframing of America’s history on slavery. I prepared the requisite five-minute speech to include the Common Core Standards because they prepared the foundation for destroying our culture and morality. From the beginning, the children have been divided into groups or tribes, each taught to feel victimized by the others, humiliated, intimidated, and to loathe our country. With each new idea, they are encouraged to disregard our laws, accept our disintegration, and do the bidding of our leftist enemy. The Common Core became the propellant for any replacement narrative, and it was all intentional.

The preparation begins as early as Kindergarten, when the very young are prevented from connecting with best friends, inhibiting their natural desire to bond with their peers and, later, with spouses. The inability to share mutual comfort and security leads to the destruction of family and the tyrannical population control, loneliness and isolation that evolves into a fused ideological group, a group-think mentality dominated by a principle rather than by healthy alliances. They are made aggressive and destructive, the perfect dupes for conducting today’s riots, a militia-in-waiting to enforce tomorrow’s global socialism.

Keeping children on computers for most of the day has them bonding with “hard objects,” and indoctrinated with academia’s agenda. Deprived of opportunities to be sociable and conversant, they are unable to think, analyze, and debate – incapable of individual thought. Interestingly, Islamic jihadis bond with “hard objects” (weapons), rather than with people.

To further demolish our culture, students as young as age four are being sexualized with in-class lessons of masturbation, and exposed to extremelypornographic information. Syntero, Inc., a self-defined counseling group supported by our tax dollars, is described by Ohio Value Voters as “deeply disturbing, dangerous, even possibly criminal.” They report that Syntero introduces children to perversions of homosexuality and sex changes, and appears to be “grooming children for the sex trade.” Deborah DeGroff’s book,Between the Covers, documents the extraordinarily foul language and sexually explicit situationsin children’s literature. My own book, Confronting the Deception, reveals the manipulation and indoctrination of children for political purpose.

Deliberately fostering resentment between sexes and among races

Academics shame boys for “toxic masculinity” and coach girls that the boys are robbing them of career opportunities, intruding into girls’ locker rooms and bathrooms, and winning their trophies on sports teams. The boys are shamed with feelings of guilt, disgrace, and lost esteem – mind control and exploitation for outright group adherence.

Accusations of “white supremacy” contribute to willing subservience and acceptance of the 1619 narrative, their undermining and emasculation, the hard evidence being a dramatic drop in testosterone levels. Unable to overcome the constant barrage of denigration, they are engineered into resenting society’s alpha males, and made unsuitable for military and police forces. Confused and frustrated, they develop a penchant for property demolition and wanton theft, and harming – even killing – those who think differently, whether neighbors or law enforcement. Socialism demands a disrespect for personal property. Those who do not lash out this way but still cannot cope with society may become fearful, seek safe spaces, fail in the classroom and escape to drugs and more. The suicide rate has doubled for boys, tripled for girls.

Multiculturalism – the project before the 1619 Project

Multiculturalism is socialism repackaged – the division and victimization of everyone. Of course, we accept differences in ethnicity, religion, and race, but our culture must be exclusively American in America, governed by American laws. The children must have a sense of commonality and acceptance, yet white children are made to feel guilty of crimes they did not commit, and children of color are made to feel abused and stateless, a sense of not belonging anywhere. The 1619 Project divides further, the result being that our social cohesion is being ripped to shreds.

Using race as justification, our children are deprived of reading the classics by “old white men,” which is foundational to improving language skills, reading comprehension, and imagination. They are reading dystopian stories. With every new opportunity to wallow in a victimized past, they are consequently robbed of future success in the adult world. Twenty percent of high school graduates haven’t the basic reading proficiency by graduation. The average American reads at the 7th– to 8th– grade levels; 4% are nonliterate.

Disguised as a compassionate accommodation, academia is launching a program for children of color that will actually diminish their language skills, keep them unqualified and unsuitable for better employment and success, fulfilling the claims of systemic racism. This will further disunite and divide them, impede communication between the races and other nationalities, isolate them further and harm them psychologically. These are American children who must share the same culture and language. Instead of falsely adjusting grades, teachers must improve their own skills to fulfill their obligations, perhaps through music, returning them to the classics, and inviting parents and neighbors to participate. Already experiencing ostracism, some children of color are demanding separate dormitories – a very destructive, self-imposed apartheid.

The overall results of this education, further exacerbated by The 1619 Project, have been disappointment, anxiety, depression, increased sexual activity, anger and violence. They are trained to disrespect the family, their neighbors, their country, and property; they also disrespect themselves. This is truly devastating.

The 1619 Project – historical error and a glaring omission

Against this background, we now have Nicole Hannah-Jones, described as a Marxist-trained, rabid racist, responsible for the implementation of The 1619 Project. She alleges that she does not seek to erase the Declaration of Independence and our constitutional republic, but her followers are further along in their thinking. The year 1619 is purported to be when the first African slaves were brought here through the Muslim slave trade, but slavery has been humanity’s established institution as far back as 3500 BCE and based primarily on armed conflicts with populations that were vulnerable because of weakness or contiguity.

A nation’s birth is not established because of mere residency or migration – not for the Paleo-Indians who arrived during the last Ice Age, not for the Vikings who came around 985, not for the Portuguese Jews who arrived in 1542, not for the Filipinos who arrived in 1587, not for the Chinese who migrated in the 1850s, and so on. Rather, our founding fathers created this nation for the good of all, with groundwork that allowed for advancement, and when our laws were declared, agreed, signed, and instituted. That was 1776.

Hannah-Jones’s imaginative document, eagerly published by The New York Times, awakened the enemies of our treasured freedoms. It built upon the already existing victimization, violated our laws, and unleashed unbridled crime that resulted in explosive behavior heretofore unseen in America. It gave the green light to BLM (Black Lives Matter) Marxists/communists, the globalists, Antifa fascists, neo-Nazis, Islamists, and the underinformed group-thinkers, to riot against America, setting fires, causing property destruction in the billions of dollars, harming our police forces.

Instead of learning respect for and allegiance to America and their fellow Americans, children are repeatedly assaulted with negativity, and The 1619 Project belittles the white students with charges of racism, while angering the students of color for what their ancestors may have endured – without explaining that slavery is human history – and based on proximity, weakness, color, religions, wealth, and the ideology of expansionism. Contrary to the narrative, there are many paintings that verify the Arab enslavement of white women, but this aspect of slavery is not discussed.

Despite all the hardships, opposition, adjustment difficulties encountered by the many new migrant groups by an unwelcoming society, we reject the accusations of “systemic racism.” Our laws guarantee the freedoms decreed in 1776. Rather than dwell on the negativity that greatly harms our children, it is best to celebrate the hope and beauty that is America. The American Dream is alive and well for 41% of Americans, and another 41% who believe they are on their way.

Project 1619 teaches disrespect and hate for America. Our youth are not only burning flags and destroying statuary that represents American history, but they are now advocating the elimination of the Star-Spangled Banner and changing cities named for the figures we have revered historically. They will not thrive in their adulthood with this concentration on misery. They cannot be expected to read, learn, study, and excel in anything if their minds are riveted on victimization, false social justice issues and the unproven climate change hoax. The emphasis on resentment emerges as violence because they are robbed of a decent education, creativity, and other means of expression.

When I completed my five-minute talk, one person asked how I would reverse the damages I cited. I suggested that we must remove Common Core, the divisiveness and discord, and propagandist textbooks, and return to pre-Obama days, when the children aligned with each other, their school, their state, their country – E Pluribus Unum. Another member said he hoped people listened and heeded what I had to say. Nevertheless, within a brief time, another invitee was asked to testify, and I felt as though I had not been challenged sufficiently. Was I inadequate? Had I not inspired more questions?

They’re in on it

By three o’clock in the morning, I awoke with a realization that the Board members did not challenge me because they were aware and in accord with the points I had made. These teachers and educationalists did not challenge my accusations because they knew these ills abounded, but they were doing nothing. I concluded that academia is very aware, but that the teaching staff is obliged to comply with the leftist Board of Education. Their job is to agree and follow their instructions.

If the parents will not rise in opposition, their children – and our country – will fall.

“Slave Ship Poster” by Believe Creative is licensed under CC BY 2.0

What happens when objective and subjective reality collide?