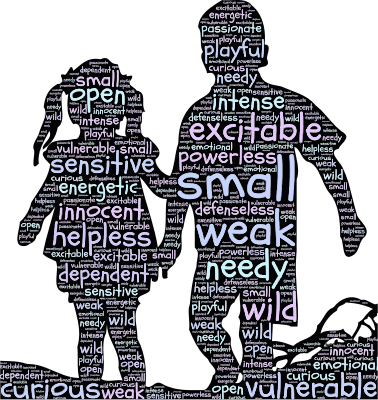 “Sex before 8 before it’s too late.” NAMBLA

How the laws changed in Canada

The years of abuse that I took from the sodomite lobby in standing up for the young people across the country is nothing short of criminal.

From threatening my ministry center to be burned down to putting my house up online, only to then receive death threats; and with all of this, the mainstream media was right there keeping the target not only on me but also my wife and children (Genesis 19:1-29).

What was shouted from the rooftops from this ministry was simply to look to Canada to understand the course which they would take here in America (Ezekiel 3:19).

The first thing that the sodomites did in Canada, after jumping over God in their country’s preamble, was to claim rights, which God never gave, to then attack whoever they would and, sure enough, they did (1 Peter 2:8).

What they did in Canada is exactly what they are doing here in America.

The bill would expand the discretion currently granted judges in statutory rape cases and was promoted as bringing fairness under the law to LGBTQ defendants.

The current law, in place for decades, permits judges to decide whether a man should be placed on California’s sex offender registry if he had voluntary intercourse with someone 14 to 17 years old and was no more than 10 years older than the person.

The measure won’t apply when a minor is under 14, when the age gap is larger than 10 years, or when either party says the sex wasn’t consensual.

The bill was introduced by state Sen. Scott Wiener, a San Francisco Democrat.

The law ends discrimination “by treating LGBTQ young people the exact same way that straight young people have been treated since 1944,” Wiener said in a statement, adding: “Today, California took yet another step toward an equitable society.”

“If we want a California for all, then we need a justice system that treats all Californians fairly and equally — regardless of who they are, what they look like or whom they love,” Executive Director Rick Chavez Zbur said in the statement released by Wiener’s office.

The bill passed the Assembly and Senate on split votes, with some members objecting to what they saw as an easing of punishments against those who have sex with minors.

“I cannot in my mind as a mother understand how sex between a 24-year-old and a 14-year-old could ever be consensual, how it could ever not be a registrable offense,” Assemblywoman Lorena Gonzalez, D-San Diego, said before the bill’s passage. “We should never give up on this idea that children should be in no way subject to a predator.”

To consider the source here, friends, this useful idiot ends his hit piece on those that dare oppose it with “Online critics had falsely blasted the measure as legalizing pedophilia.”

This is called daring the justice of God, and justice they will get.

Conclusion: This should not at all come as a surprise due to the fact that it is the politicians who are the ones pushing these crimes against children (Exodus 22:22).  They are doing it with the approval of those who stand down and tolerate it (Amos 6:3).

The finishing point that I want to make here is that you can rest assured that if the courts will not bring forth justice upon the heads that make America’s children a prey, the American people then have no other option than to see that it does.

Is failure part of the plan?

Who is minding the launch codes?