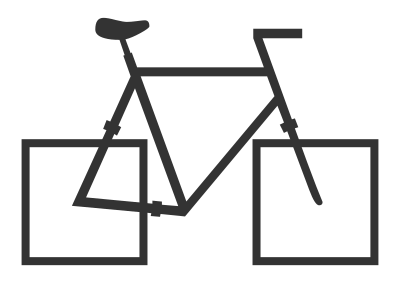 Hello this is Darrell Castle with today’s Castle Report. Today is Friday the 19th day of March in the year of our Lord 2021. Today I will be looking at some of the recent actions of our federal government and asking the following question. Is someone up there really stupid? Or is failure part of a designed and very sinister plan? Or both!

The Castle family is adjusting well to the switch to Daylight Savings Time with its extra hour of daylight each day. The plants will grow faster with the extra light so spring will accelerate its arrival. In Los Angeles the family daughter seems to be doing well at least virtually.

Why does the government do stupid things?

I have often wondered why the government repeatedly does such stupid things. Sometimes hindsight is 20-20 but sometimes it seems as though officials in our government see the wise choice and then do the opposite. For example, the federal government acts as if economics is not something the best and brightest in each succeeding administration can understand. The last president who acted as if he understood it was Bill Clinton. Remember his slogan: “It’s the economy stupid!”

That brings us to Joe Biden, and he raises many unanswered questions. How could a candidate who had developed virtually no support in the primaries suddenly end up with the nomination in a landslide? Why would he pick a Vice Presidential running mate who was the first candidate rejected by fellow Democrats? How did a candidate who traveled very little, whose rallies were unattended, who stuttered and stammered over almost everything he said, who was involved in scandals from China to Ukraine, end up winning the election?

Did the Democrat Party know during the election process, that he would not be able to function in the office of President? If so, the American people were deceived or defrauded by the entire election. Well, nevertheless, here he is at least pretending to be President and doing things that are either very dumb or else just part of a broader plan. If the Democrats did defraud the American people, then the Biden administration is the result of that fraud. If so, then what is the Biden Administration or who is it? Who or what do I sue for my damages from the fraud?

The folly of the “American Rescue Plan”

The economic devastation caused by the weaponization of the Covid molecule including millions unemployed, hundreds of thousands of small businesses ruined, many large corporations in bankruptcy, airlines, all travel and hospitality business, all retail in a state of near collapse, is obvious to anyone. It was obvious and predictable that those things would occur. Government apparently realizes that its mistakes or deliberate decisions caused the devastation. So government must at least pretend to bring relief to its dependents.

Keep in mind that the federal government was already running a $3.3 trillion deficit for fiscal year 2021. So it had no money to give. The entire stimulus had to be funded with debt which can and will never be repaid. So the interest will exist forever. Roughly $550 billion went directly to the individuals deemed worthy to receive $1400 each. The other $1.4 trillion went to fulfill Democrat ideology and make a lot of rich people and rich corporations a lot richer.

Absent a sinister agenda for these decisions, we are left with stupidity, but perhaps I am just Monday morning quarterbacking. If so, I still have some questions. Why waste 10% of U.S. yearly GDP and ½ of annual tax collections in one reckless moment of stupidity? The more one tries to explain it the more unexplainable it seems. We know that most of the money went to special interests and the extremely wealthy. So one could conclude that the $1400 is just sleight of hand, or a distraction.

Why use this giveaway to bail out failures from their own excesses, like union pension funds, Amtrak, and Planned Parenthood? After all, it’s not a new or bigger screen TV or a new lap top that kids need. What they need are stable honest intact families with real jobs, not government handouts. What happens to the ones who receive the money when the money stops? Will another handout be required? Isn’t spending ½ of annual tax revenue a little like taking your monthly check to Vegas and blowing it all in one weekend. Maybe fun, but I don’t think Joan would like it.

Modern Monetary Theory, or lipstick for a pig

I thought a long-held principle of economics was saving, i.e., spend less than you earn and do it for a long time. What if I earn $50,000 per year but I spend $100,000? would that be what the government is doing? For me that formula equals bankruptcy, and fast. But for the government their computers will allow them to bulldoze this massive pile of excrement on into the future.

The concept of unlimited spending is based on some strange economics known as Modern Monetary Theory. That theory holds that the government should spend whatever it wants, to accomplish whatever it wants, because it is free to create money in unlimited amounts since it holds the world’s reserve currency and therefore foreign nations cannot simply refuse to accept any more dollars for their production. There are many reasons why MMT is not a valid theory. But I will only mention that countries, especially China, are working night and day to circumvent the dollar system and avoid its restrictions, either using gold or more likely their own cryptocurrency. The MMT economics will be short-lived I predict.

Don’t worry, though. The economic geniuses in the Biden Administration have it all figured out. They are planning to remove all that money just spent into the economy by raising taxes substantially on many different areas of the economy. Marginal rates up from 37% to 39.6%; corporate rate from 21% to 28%; Long term capital gains to an unknown number but Biden mentioned 39.6 % in his campaign; the estate tax burden would come down to some number rumored to be $3 million estates. None of this is about reducing the deficit or repaying debt. It is instead designed to raise approximately $2.1 to $4 trillion over 10 years or about $210 to $310 billion per year.

The government gives and the government takes away, but the new taxes represent real money as opposed the government’s computer blips. The money, in part, will help save the climate from another dangerous molecule called carbon dioxide. That molecule is necessary for life, you say. Yes, I know, but this is the government and whether sinister or stupid or both we are currently debating. Climate change must be fought and defeated, our government experts tell us, and we must sacrifice our labor, our future labor, and that of our children in the battle, or planet earth is doomed.

Infrastructure is also crumbling across the country. Water systems in many places are up to 100 years old. The water mains here in Memphis froze last winter. The electric grid is vulnerable to attack and failure. And as more and more electricity is needed, it must be updated. These systems, referred to as infrastructure, are badly in need of repair and modernizing. The country seems committed to electric vehicles in the future and that will require a lot more electricity. Where will it come from, oil, coal, nuclear? None of those seems likely, so where? No one in government seems able or willing to commit to an answer.

So, two to four trillion dollars in new taxes is the prediction. How is that for a recipe in putting a damper on a stimulus.

These are some of the things being considered as previously noted but what results from those increases. Taking money from an already rapidly slowing economy makes no sense to normal people.

Higher taxes leads to slower growth and therefore to failure

Higher tax equals slower growth which then equals lost jobs and lost production. We have somehow created a new way to separate the creation of wealth from production. Don’t we have to produce things that people want to buy in order to generate wealth. No, I suppose its all just a financial formula now. Some economists on the left seem to believe that the proposed infrastructure plan will be so pro-growth that it will outweigh the hit to corporate revenue so we will see.

Why should we care if corporations or high-income individuals pay more in taxes? Because:

I believe it was H.L. Mencken who said, “an election is sort of an advance auction of stolen goods.” Anyway, I don’t get it. If modern monetary theory is correct and 50% to 80% of spending is borrowed and deficits do not matter, why bother collecting taxes at all?

If debt doesn’t matter, and interest doesn’t matter, and we are free to borrow and spend whatever we want, why not just fund all the boondoggles with unpayable debt? I can promise you that an end to the income, property, and sales taxes would stimulate the economy. Why $1400 per individual, why not $14000 or $14 million. Maybe there is more to all this economic mumbo jumbo than meets the eye.

From money to immigration

Couple this monetary madness with immigration madness including tens of thousands of illegals per month, many with covid who are shipped around the country by bus. Consider a militarized capitol policed by armed military amid a growing sense of paranoia exhibited by political leaders. One might well conclude hostile intent by our ruling class of elites. They are rapidly transforming America into an authoritarian state with a single ideology and a single ruling class kept in power by total control of the asymmetric nature of the war they wage against us. Could the military state of Washington D.C. indicate a fear of coming collapse rather than a fear of Trump voters? I suppose it could, maybe it is possible.

Like the Borg in the original Star Trek TV show, they tell us resistance is futile, you will be assimilated. Remember though, that the Borg were ultimately overcome by the courage and genius of the Star Trek Enterprise, its crew and especially its captain. Where is our Captain Kirk1 today? Some thought it was Donald Trump, but if not him then who? My own belief is that it will take a change of heart in the American people and a return to the old ways. That doesn’t seem very likely right now but sometimes the pendulum swings the other direction.

Failure by carelessness or by design?

Finally, folks, is it some sinister agenda or just plain stupidity or both. Like Junior Samples from Hee Haw, I don’t know much, but I suspect a lot.

This article originally appeared at CastleReport.us and appears here by permission.

What Is Wrong With Jill Biden?

I Thought That It Was Not About The Children – Of Course It Is! It Always Has Been, Just Ask Them….