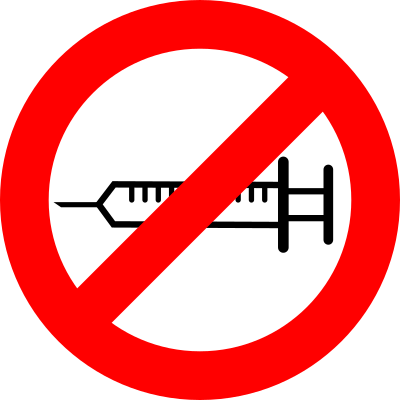 What the men of old stood against when it comes to the preachers, the modern-day hirelings are doing just the opposite (John 10:12).

Oh, how right William Booth was when he said:

The chief danger that confronts the coming century will be religion without the Holy Ghost, Christianity without Christ, forgiveness without repentance, salvation without regeneration, politics without God, Heaven without Hell.

Think of this with me, if you would, when our forefathers taught their posterity that “rebellion to tyrants is obedience to God,” today’s hirelings teach just the opposite, “Rebellion against God is obedience to tyrants.”

Who better to point to than that of both Billy and Franklin Graham? They have had 7 decades of having the opportunities of confronting the corruptions in administration after administration. Yet, what is it that we have gotten from the two of them? Compromise, diplomacy, and in the end, more corruption.

And oh, how the professed Christians love the Grahams! Say what you will about Jesus, but you best not say it about the Grahams. (Matthew 16:15).

Woe to you, when all men speak well of you, for so their fathers did to the false prophets.

Getting to my points here when it comes to Franklin Graham. He posted:

Yesterday President Joe Biden tripped and fell going up the steps to board Air Force One. While some may be making fun of this incident, it should instead be a pointed reminder to all of us that we need to pray for this man. Whether you voted for him or not, and whether we agree with him or not, this is our president. We need to be praying every day for God to help him, to reveal His truth to him, and to work in his life. The Bible tells us to pray for “all who are in authority” that we may lead quiet and peaceful lives. Make no mistake—amazing things happen when we pray.

Well Graham, Biden is not my president. King Jesus is! And the Supremacy Clause found in Article 6, Section 2 of the U.S. Constitution demonstrates Biden is in violation of that law. But then again, you should know that and probably do but you are just doing your job. (Luke 22:48; Isaiah 28:18; Ephesians 4:14.)

Apparently, Franklin has forgotten that Joe Biden had been a part of the most corrupt administration in the history of this country under criminal Barack Hussein Obama.

Apparently, Franklin has forgotten that Joe Biden is guilty of the act of Treason (Article 3, Section 3 U.S. Constitution).

Furthermore, Franklin has apparently forgotten about what took place with Joe Biden back in 1988. Then, again, evil men understand not a judgment because if they did, we would not have a Joe Biden today (Proverbs 28:5).

Remember, Franklin wants you to pray for him, which is only a distortion of Scripture in leaving off the Lord’s Commandments (Deuteronomy 8:11) in judging the wicked, which preserves our Republic (Isaiah 51:4).

How could it be otherwise when men take heed to the Grahams rather than the Lord Jesus Christ (Matthew 7:16)?

Franklin, like his father, is nothing short of controlled opposition just like that of an extorted politician (Mark 8:15). They are making war against God and slaves of men to corruption.

… and adds a false sacrament, which is vaccines and vaccination

Adding insult to injury, here comes Franklin Graham stating his support of vaccines and goes onto say Jesus would too.

Franklin Graham says that not only does he believe his father Billy Graham would have received and advocated for the COVID-19 vaccine, but that he believes Jesus would have, too.

Franklin, the son of evangelist Billy Graham, made the comments in an interview with ABC News.

“I would hope that the pastors in the pulpit would tell people how they can be saved from God’s judgment,” says Franklin. “I think for a pastor to tell someone not to take the vaccine is problematic because what would happen if that person got coronavirus and died?”

Franklin is the president and CEO of Samaritan’s Purse, a ministry which has been heavily involved in the fight against the pandemic.

The ministry has set up several field hospitals around the world since the pandemic began, helping alleviate pressure on overrun hospitals. Samaritan’s Purse staff and volunteers are also in Thunder Bay, Ont., helping with an outbreak there.

Franklin told ABC that his father, who was born during the 1918 flu pandemic, lost many family members to the pandemic.

“Anytime there was a vaccine or something that could help protect you, he was an advocate for, he took it,” says Franklin. “I think if there were vaccines available in the time of Christ, Jesus would have made reference to them and used them.”

Friends, this is BLASPHEMY. The Lord is the healer (Exodus 15:26-27). As a matter of fact, Jesus even gave power to heal to His disciples. (Matthew 10:8.) And the Lord did not stop there, He even gave us (The church) power to raise the dead.

Don’t forget about the woman who had an issue of blood who gave all that she had to the doctors and was not made better (Luke 8:43-48) and how Jesus instantly healed her.

One more thing to think about here, why would Franklin Graham, knowing all the while, that the death tolls from these injections are skyrocketing all over the world and yet, lead the sheep to take one?

Worldwide people are taking to the streets in protest to them.

… and vaccines are an instrument of depopulation

Why would Franklin support Bill Gates’ narrative when it comes to depopulating the world by 3 billion people? How did Bill Gates intend on doing this, if he did a good job with vaccines?

The world today has 6.8 billion people. That’s heading up to about nine billion. Now if we do a really great job on new vaccines, health care & reproductive health services, we could LOWER that by perhaps 10 or 15 percent.

Why would Franklin Graham promote a man whose father was a board member of Planned Parenthood that is responsible for the murder of over 60 million babies (Proverbs 6:17)?

Why would he support a man and woman such as Bill and Melinda Gates who just patented “Luciferase-Luciferin” Patent US10202584B2?

This is all self-explanatory.

Conclusion: Is Franklin Graham stupid or naïve? Was his father? Or are they just controlled opposition? Because if you come to the conclusion that the last 70 years of them turning on the Church and putting them to sleep in the face of tyranny has been done inadvertently, I cannot help you (Jeremiah 5:31) and you deserve what you have been putting up with.

This article from Sons of Liberty Media appears here with permission.

Rambam and Aliyah to the Temple Mount

Vaccine statistics inflated to isolate you | Conservative News and Views

[…] does teach us that you can only oppress a people only for so long – here it comes again (videos)“Jesus Would Too” BLASPHEMY: Political Pawn Franklin Graham Steps Into To Tell You, While The Wo…One Thing That The “Officials” Forgot To Tell You About The Vaccines, The Truth […]

Will Graham, open your Bible! - Conservative News and Views