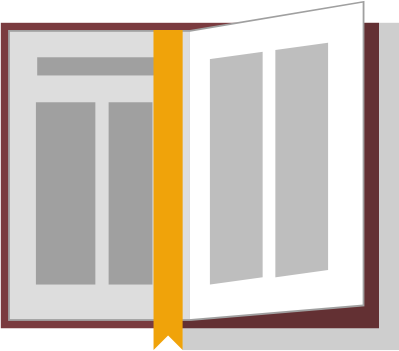 If ye were of the world, the world would love his own.

Billy, Franklin, and now Will Graham

First, there was Billy Graham, the evangelical pope, the ecumenical (oneness) preacher who has stood with every president and their corruptions since the 1950s.

Political pawn Billy Graham, before passing away, received a star on Hollywood Boulevard.  He was honored and adored by witches, warlocks, Satanists, pedophiles, sodomites, adulterers, fornicators, in short, the demoralizers of culture (Luke 6:36).

Then we have Franklin Graham, who also allies himself with presidents at every given cycle as a mere pawn to keep the sheep in line just like his father (1 Kings 13:33).

Mr. impotent neutralizer of the faith himself, Franklin Graham tells his followers to pray and yet, says nothing about doing (James 2:14-26). Faith without works is dead!

Don’t forget that recently Franklin also told the blind and ignorant in the American Church to love your neighbor as yourselves because Jesus would have also taken the deadly experimental jab.  Blasphemy (Hosea 4:6)!

Then we have the new up and coming hireling grandson of Billy Graham (John 10:12), Will Graham, who is carrying on the tradition of preaching another gospel (Galatians 1:8) just like that of his predecessors.

This last week, Will Graham thought it to be cute somehow to teach the biblically illiterate (Malachi 2:6) that which is not biblical. Will said ‘sin is fun’ but living for Christ is ‘more fun.’

Billy Graham’s grandson Will Graham told hundreds gathered for prayer and worship over the weekend in Iowa that while sin can be “fun,” the gratification one receives from it eventually wears out and leaves them searching for a more permanent gratification and purpose in their lives.

Iowans gathered in from Friday to Sunday in Des Moines for one of Graham’s “Celebration” evangelistic outreach events, where they heard performances from singers like CeCe Winans and Aaron Shust, as well as a message from the 46-year-old evangelist.

Graham, the son of Franklin Graham, has hosted about three dozen Celebration crusade events worldwide since 2015.

What the Bible really says. How could Will Graham have missed this?

I cannot find in Scripture anywhere that “sin is fun,” but I did find in Romans 6:23 “For the wages of sin is death.”

“But every man is tempted, when he is drawn away of his own lust, and enticed. Then when lust hath conceived, it bringeth forth sin: and sin, when it is finished, bringeth forth death.”

I did find in Revelation 21:8 that on the day of judgment, which applies to all of us, that

the fearful, and unbelieving, and the abominable, and murderers, and whoremongers, and sorcerers, and idolaters, and all liars, shall have their part in the lake which burneth with fire and brimstone: which is the second death.

One thing that Will forgets to tell these people is that their sins are before God, that they need to repent (Acts 20:21) and put their faith in Christ, and to bring forth fruit the fruits of repentance (Matthew 3:8) in taking vengeance upon the sin that put Christ on the cross (2 Corinthians 7:10-11), and living for Him who died for them (2 Corinthians 5:15).

And that Hell is the place for people that reject Christ!

Being a Christian is rarely fun – it’s actually deadly serious

One more thing I would like to add to Will’s lack of biblical understanding. Will said but living for Christ is ‘more fun’ Hmmm.

Eleven of the 12 disciples were martyred.

Jesus was crucified. After His resurrection He tells those that will follow him:

“And ye shall be hated of all men for my name’s sake: But when they persecute you in this city, flee ye into another.” -Matthew 10: 22-24

In Acts 14:22, the Bible tells us: “Confirming the souls of the disciples, and exhorting them to continue in the faith, and that we must through much tribulation enter into the kingdom of God.”

In John 20:20-21, after His resurrection, we are told: “And when he had so said, he shewed unto them his hands and his side. Then were the disciples glad, when they saw the LORD. Then said Jesus to them again, Peace be unto you: as my Father hath sent me, even so send I you.”

Fun? Will is preaching a different gospel, friends (Galatians 1:6).

The warning by Jude against false teachers

Jude warns of such:

Beloved, when I gave all diligence to write unto you of the common salvation, it was needful for me to write unto you, and exhort you that ye should earnestly contend for the faith which was once delivered unto the saints.  For there are certain men crept in unawares, who were before of old ordained to this condemnation, ungodly men, turning the grace of our God into lasciviousness, and denying the only Lord God, and our Lord Jesus Christ.

And what of the apostle Paul, the one responsible for penning 2/3 of the New Testament? Was it “fun” for him to serve Jesus? Let’s go to 2 Corinthians 11:23-28.

in labours more abundant, in stripes above measure, in prisons more frequent, in deaths oft. Of the Jews five times received I forty stripes save one.

Thrice was I beaten with rods, once was I stoned, thrice I suffered shipwreck, a night and a day I have been in the deep;

Beside those things that are without, that which cometh upon me daily, the care of all the churches.

Friends, when thoroughly vetting the Word of God over and over, you will find (2 Timothy 2:15), stark contrasts and blatant contradictions as well as things that have been merely found to be nowhere in the bible by these enemies of the cross (Philippians 3:18).

God loves you and has a wonderful plan for your lives-Someone please show me that. Love is always found in demonstration, not with lip service (Matthew 15:8).

The Grahams have never been, in the past or in the present been found preaching out against the sins that are promoted by corruption in the government – Abortion, homosexuality, illegal indoctrination in public schools etc… on the contrary, the Grahams have stood alongside the corrupt in the process.

The Grahams are not a threat in any way to the corrupt establishment in the church or in the government and that alone should show you who it is that are (2 Corinthians 11:13-15).

The good news is that the Grahams are not the ones that we are to look to or to emulate (Hebrews 13:7), Jesus Christ is.

When Hollywood Hypocrites Preach To The American Church, This Is What You Get!