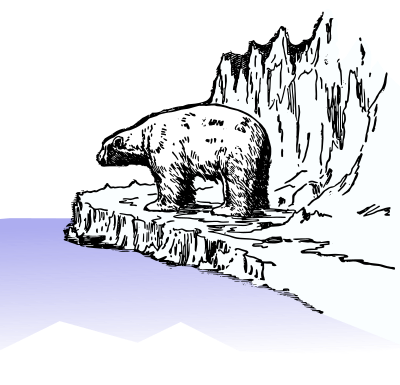 Much of Jewish leadership is failing its people, as the infiltration of the Marxist doctrine in our public and private schools may be the far stronger influence. Although this essay is specific, the failure extends to American churches.

A pathetic response to a real danger

I happened upon an article, America’s Failed Leadership Must Resign, penned by Charles Jacobs and Avi Goldwasser in December, 2019. With the rare exception of Morton Klein of Zionist Organization of America, our leaders were compared to failed generals who ignore the changing enemy and battlefields, and continue to promote tolerance of the intolerant despite mounting violence by Islamic jihadis on our nation’s streets and campuses.

During Israel’s recent 11-day war with Hamas, American cities saw an 80% increase in violence, including damage to synagogues and children’s playgrounds in major US cities, and physical attacks on Jews by youths uniformly clad in black hoodies. Jewish organizations, armed with only their computer keyboards, called for a letter-writing campaign to President Joe Biden in a virtual rally against antisemitism. Policing was not required; the attackers were not apprehended, and I wonder if anyone noticed.

Which is the real endangered species?

It may be that I was particularly mindful of our Jewish leadership when I attended a virtual Bat Mitzvah at a local conservative synagogue some months ago. Considering the constraints of the pandemic, the event was well organized and enhanced by a lovely finale of the family’s photographs. I was most struck, however, by the Bat Mitzvah’s suggestion that in lieu of gifts, their guests consider donations to the Save the World Campaign, with specific attention to Polar Bears International. That was undoubtedly done as tzedakah (charity) for a successfully hyped cause, but it is the Jews who live in peril through every generation, so why the polar bears? With all due respect, since she and her family attended services and classes about Judaism in a synagogue, not the Sierra Club, why wasn’t she encouraged to make her dedication and donations to Jews and Israel?

The current scientific consensus places the worldwide polar bear population between 20,000 and 25,000 animals, a dramatic increase since 1965, when extinction was a real possibility. Yet by 1990, when Ian Stirling — then-senior research scientist for the Canadian Wildlife Service, a professor of zoology at the University of Alberta, and one of the most respected polar bear scientists on the planet — was asked whether polar bears are an endangered species, he replied flatly: “They are not.”

The International Fellowship of Christians and Jews, a non-profit organization, was the first group to airlift Russian Jews to Israel and continues to airlift Jews from distressed countries, but their hardships continue. Television commercials show destitute elderly Jews living in hovels with blankets on the walls to keep out the bitter cold. The IFCJ therefore, sponsors tens of thousands of Passover food packages tor 120,000 Jewish families in the former Soviet Union.

Why can some Christians be so compassionate, but today’s Jewish-American children not be similarly focused, particularly on the occasion of one’s Bat Mitzvah? If not then, when?

Members of the Israeli Defense Forces (IDF) risk their lives daily to save Israelis from lethal Palestinian rockets and incendiary balloons, not to mention one-on-one attacks on the streets. At this writing, we are in a hudna, when the Palestinians (Hamas) declare a respite during which they can replenish their Iranian rocket supplies after firing more than 4,000 rockets on Israel within just 11 days. Why not consider the soldiers’ needs, replacing the supplies used while defending the country? The residents of Sderot have endured the brunt of innumerable attacks, their bombarded homes always requiring repair or reconstruction, adults and children needing healthcare as a result of injuries and PTSD. Residents throughout Israel have been crippled, blinded, sometimes needing medical care for years, not to mention burials, and the synagogue encourages support for bears?

Rambam Hospital in Haifa, Israel, has had to construct an emergency 2,000-bed hospital underground to withstand conventional, chemical, and biological attacks from their enemy. Ichilov Hospital in Tel Aviv constructed a four-story underground, 700- to 1000-bed, war-ready structure. Other Israeli hospitals are also having to build below-ground facilities to save staff and patients from rockets launched by their neighbors. There are times when bandages are in short supply. Since Jewish children are not taught Jewishness in American public schools, shouldn’t that be the job of the rabbis? In fact, public schools are now teaching children that white children, in general, are inferior, and the media is complicit in this racial divisiveness. Therefore, on whom can we rely for keeping these students aware of their peoplehood? The disconnect is disastrous. Our leaders are losing this generation to the left.

Antisemitism throughout the Biden administration

Today, antisemitism has returned with a vengeance in America, as Joe Biden, under the tutelage of Barack Hussein Obama, George Soros, Bernie Sanders and too many others, continues to appoint Jew haters to positions of power. Renowned journalist Joan Swirsky recently penned an essay that exposed aggressive anti-Israel activists:

An Inveterate Israel-hater Susan Rice is the domestic policy advisor, the Deputy Secretary of State is openly against Israel, and the Squad openly calls for Israel’s destruction.

This new administration overturned President Trump’s border wall in order to welcome millions of illegals, among which are many Muslims whose Koranic beliefs teach undying hatred towards Jews – ready to attack any identifiable Jew, rape Jewish children and deface and damage houses of worship. In our current political climate, shouldn’t a Jewish child be concerned about her own heritage, history, and people, instead of devoting her time, energy and gifts to polar bears?

American children nationwide are being taught the Marxist Critical Race Theory, to hate white people, Jews, Christians, Asians, and Americanism, and accept socialism or progressivism. We do not live in an insulated bubble. I propose that the children learn how to contribute to and survive in a world that has yet again turned against them. Today, Jews are being beaten on the streets of our cities. Should it come to pass that America’s Jewish children have to escape a dangerous America, wouldn’t they benefit by going to the land of the Jews than to the tundra of the polar bears? Polar Bears International declares that they are a community that shares the common goal of preserving species in need of help. Why not have our children concern themselves first with the human species, and specifically, their own endangered people?

The Declaration of Independence: an American insurrection?

“Jesus Would Too” BLASPHEMY: Political Pawn Franklin Graham Steps Into To Tell You, While The World Protests, To Buy Into What The Corrupt Are Selling – Vaccines!

[…] I know the answer to this impassioned question, and it’s not […]

[…] response to my essay, “Endangered Species,” I received a reply from someone signed Kelvin Throop, who is R.A.J. Phillips’s literary […]