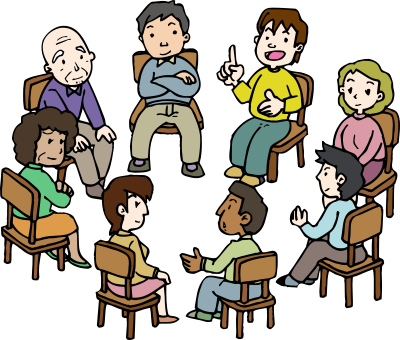 Our schools choose their teaching staff by the color of their skin, not the content of their character or the extent of their knowledge, and the advantages that may be gained for the socialist-democrat party.

In a small, but vibrant, Middle-America community, there exists a public high school with a wall that proudly displays the achievements of past graduates, so that I welcomed reading the community’s magazine that boasted the school’s latest successes, cited as “diversity.” But it soon became clear that the diversity refers to the staff’s complexions and sexual dispositions. We search in vain for references to interests served, classes offered, careers sought, talents developed, and ingenuity encouraged, and we realize that another order of business is afoot.

America’s first schools, established in the 17th century in the thirteen original colonies, were designed to educate for literacy and arithmetic, but students under 17 were soon studying Greek, Latin, geometry, ancient history, logic, ethics and rhetoric. Law and medicine were introduced in the 18th century, followed by mathematics and philosophy. The academies provided a rigorous curriculum that stressed writing, penmanship, arithmetic and languages, and the children were successful; they and their progeny contributed to the makings of a magnificent republic. Horace Mann established that education should be free, universal, and non-sectarian, to aim for social efficiency, civic virtue, and character. Graduates were to be disciplined, judicious citizens, continuing the American desire for liberty, inalienable individual rights, and sovereignty. We were successful like no other but, sadly, we appear to have lost our way.

What diversity means then and now

Diversity in America once meant that one could follow one’s dream by studying and working in any field of endeavor, unhindered by local or federal government. Beyond the basics defined by parents and state, the student was encouraged to forge ahead in any field, even in apprenticeship, with diligence and determination. Individuality was fortified as the only way one could strive and succeed.

Today’s diversity is designed to destroy that free will, as it identifies the students by race and assigns a victimhood that conditions toward societal conformity, known as Critical Race Theory. It is part of the Cultural Marxism that is already destroying our Judeo-Christian values and ethics so that the youth are immersed in racial differences, sexual immorality, dissension, and rebellion against authority. These include the delinquent youths, sociopaths who rage with Black Lives Matter, destroying property, our historic monuments, our morale and morals, and law and order – and conform to the new culture of revolution.

Consider the new tactics that have resulted in mass obedience – the coronavirus that has people paranoid about masking and social distancing; the politically correct speech that replaces rebellion with uneasy compliance; a belief system that forces impossible genders; the slur of “white privilege” that pardons one group for not succeeding while blaming the other for succeeding, shamed into curbing their efforts. The motive is to demolish western civilization by destroying all that defines America – religion, morality, respect for the other, work ethic, ingenuity, and success – and replacing it with a totalitarian ideology.

By indoctrinating the “of color” students that they cannot succeed because of whites and are consequently entitled to special privileges, the underclass is created. Undermining two-parent households, enacting affirmative action and other accommodations feed into the victim mentality. When they are encouraged to unite, they make more demands, such as acceptance into colleges and universities that would otherwise be closed to them. Once there, of course, these students are confronted with their deficiencies, but not with the causes. Crying foul encourages them to blame the privileged whites (read western civilization), but it also results in the schools’ downgrading the schoolwork. This is equity, reducing standards to mediocrity for all, a planned mediocrity that results in undereducated graduates unqualified for the job market. However, being of one mind, they are now ripe to be dedicated members of the socialist party.

The magazine article details the school’s diversity based on the inconsequential differences among the teaching staff and the children, contrary to Martin Luther King, Jr’s dream, that they would “not be judged by the color of their skin, but by the content of their character.” The interviewees actually compared the 72% white population of ten years ago with today’s 49%, the 15% black students with today’s 20%; the rise in Asians from 8% to 21%, and other groups. Never addressed is how the skin color and variable sexual preferences will help the children function in their adulthood, to form new families, to hold jobs and become responsible, creative, and innovative citizens to contribute to America’s growth.

As the staff were introduced, none spoke of what they hoped to bring to the classroom academically, or how their particular expertise would help the children flourish. No longer based on merit, they were hired on the basis of race, thereby emphasizing cultural sensitivities and preferential treatment. No one addressed the students’ learning skills, their personal growth, their exposure to better literature and music, their future pursuits, and the basics of civic responsibility. Our entire country has been made to focus on race, the main political strategy and indoctrination of the next generation. Lest we forget, racism was the official state ideology of Nazism – the superiority of the Aryan race uber alles. – and the cause of death for many millions of people worldwide.

The staff’s repeated focus on their own irrelevant attributes will affect the students’ judgments. Academia’s leftism sows discontent and creates their social warriors, but cheats them of a bona fide education. Students across America are deficient in reading, math, the arts and sciences, world and American history, our founding documents and, most importantly, critical thinking skills to analyze their world and succeed throughout life. Only 24% of high school seniors have proficient writing skills. Meritocracy and unity are forfeited for resentment, disunity, and obedience to the socialist party.

The director of Equity and Community Engagement duplicitously speaks of equity, which passes as equality to the underinformed. It ignores individual skills and acumen in the name of conventionality and equal outcome. Racism is the key to accomplishing this chicanery, as the children of color are infused with ideas that they’ve been victimized by the entire Caucasian race. Their individualism and freedoms thus stifled, their discomfort level heightened, the stressed children blame their parents for their genetic makeup, the whites for their history, and the school because they are aware of their own illiteracy and undereducation.

“Math is racist” causes underachievers to attack the good students

When Bill Gates recently declared that math is racist, and that correct sums are unnecessary, he is intentionally forcing the damaging obsession with racism. Although research shows that Asian students generally outperform other students in math, the leftist agenda is to accuse white students of excelling at the expense of children of color, further debilitating the latter. An obliging academia vindicates them, justifies their defeatism, and confirms that they will never succeed, which, in turn, becomes a self-fulfilling prophecy that also fuels their fury.

When they are accepted into universities based on their victim credentials (race, heritage, sexuality), but fare poorly because they were unqualified, these groups turn against the better students. Their emotional, intellectual, and social development is reduced to the common denominator – their basic instincts to blame others based on race. These are the triggers used by all totalitarian regimes to inflame the children into violent warriors – Islam, Nazism, Marxism.

The head of Human Resources speaks of hiring teachers by their skin tone and comfort level, and his need to hire one more LGBTQ teacher to negate the first teacher’s “lonely feeling.” Is this a school environment or a squirrel’s larder?

Another teacher believes she is qualified to teach social studies by virtue of her skin color. How is that valid? As this teacher is African-American, should her class also be 100% color coded? And how long before the schools completely exclude the whites from the classroom, as the Nazis did the Jews, as this becomes an all-too-possible threat in universities across America?

The Middle School guidance counselor alleges a goal of teaching children to be proud of who they are, but not that we are all humans with the same needs and citizens of the same school, state, and country. This is but more reinforcement to their differences as they are further marginalized and intolerant of others. Colleges are already breeding grounds for radicalism, and the high schools are beginning the indoctrination sooner. In fact, racism, sexuality, pornography – even depravity – have already been introduced to Kindergartens and libraries.

This will not end well

Identity politics should never be underestimated, as it is how the Nazis conducted their hate campaigns and the communists their class struggle. The schools are engaging in social engineering, psychologically manipulating the students so that racism becomes the chief consideration. The victims, a coalition of all the minorities, are to become the dominant culture, always morally right, never challenged, and entitled to sympathy and concessions. The previously dominant culture becomes the new victims, but never to rise again. The insidious bigotry has been sown. Under the careful tutelage of complicit personnel, the students have been frightened, demeaned and demoralized, the ideology ingrained. Marxism survives, waiting in the wings for the throes of our decline.

In the words of George Orwell, “You will be hollow. We shall squeeze you empty, and then we shall fill you with ourselves.”

Parents still have time to fight the schools’ hold over their children or remove them from the schools entirely. Start yesterday, because these ideologies never end well.

When A Drag Queen Warns You About The Children, Maybe You Should Listen!

What happens when objective and subjective reality collide?