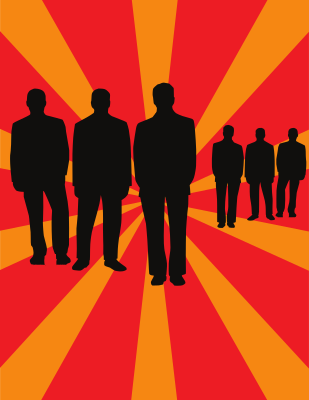 On the afternoon of 20 April, yet another white police officer made headlines by shooting a black civilian. But this case broke the mold – or should have. This “civilian” was trying to kill at least one, maybe two, of her neighbors. The officer stopped what could have become a killing spree. But the outcry came, not against a would-be murderess, but against the officer. Nor can CNAV excuse the reaction by saying, “they didn’t know all the facts.” Because once they did know all the facts, the usual suspect activists responded with an incredible attitude. Stay out of our quarrels, White Man, they seemed to say. Because that is none of your business!

None of your business?

The facts of the case come to CNAV from WABC-TV Channel 7 (New York City) and Survival Update. This episode took place in Columbus, Ohio. Ma’Khia Bryant, 16, started an altercation with at least two neighbor girls. The medium-height, heavyset Bryant wielded a knife and ranted and raved and screamed at the top of her lungs. What rage drove her, none of the neighbors ever figured out, or ever will.

Someone – again, we cannot know who – called the police. At 4:32 p.m. Central Time, a police dispatcher took the call. Interim Police Chief Michael Woods quoted from the record:

females were there trying to stab them and put their hands on them.

Officer Nicholas Reardon, responding to the call, arrived first. He walked toward Bryant and the other girls, who were standing next to a stopped car in a driveway. He said, “What’s going on …” Then he saw Bryant, knife in hand, shove another girl to the concrete. “Hey, hey, hey, hey!” he shouted, and “Get down!”

Bryant wouldn’t get down. Worse, she held another neighbor girl in her left arm, while with her right arm she moved to sink the knife into her captive!

Office Reardon fired four shots, and Bryant went down, dropping the knife. What began as a disturbance of the peace was now an unfolding tragedy. Other responding officers tried to keep her alive, and summoned medical aid. Sadly, she died at the hospital, presumably in the “trauma room.”

Officer Reardon, per Columbus Division of Police policy, wore his bodycam, which recorded everything. Andy Ngo has the original footage here:

So that none may mistake the circumstances, the footage clearly shows Bryant, knife in hand, threatening to kill another girl. This is none of your business?

None of your business! cry BLM …

That is exactly what semi-outraged activists implied. From BizPac Review we have the statement by “Black Lives Matter” (BLM) co-founder Bree Newsome.

Teenagers have been having fights including fights involving knives for eons. We do not need police to address these situations by showing up to the scene & using a weapon against one of the teenagers. Y’all need help. I mean that sincerely.

Is. She. Foxtrotting. Serious?!? Does she know that teenagers have been dying in these knife fights? Why have teenagers been having knife and other fights “for eons”? Why has this been going on for any length of time? Hasn’t Ms. Newsome any civic pride?

And how dare she say to anyone who tries to stop such a fight, “That is none of your business”? Those neighborhoods need the help. Officer Reardon takes a paycheck to give that help. And she says he and those of us who pay him need the help? Apart from practicing psychiatry without a license, CNAV believes she has her priorities seriously out of order.

But hers isn’t the worst reaction. That came from professional basketball player LeBron James.

CNAV will let Candace Owens tell what LeBron James has been doing and saying since this incident.

Briefly, thus: James “tweeted” a photograph of Officer Reardon, in his uniform, and said, “You’re next!” After a loud public outcry, he deleted the tweet. But, according to Owens, he followed up with words to this effect:

I deleted the tweet only because I didn’t want it taken out of context. I hope and pray that Ma’Khia Bryant gets justice.

He hopes the perpetrator and instigator gets justice? And what about the one neighbor girl she shoved to the pavement, and the other she almost stabbed to death? CNAV must infer: None of your business.

How if the police had let it ride?

One wonders what Bree Newsome, LeBron James, et al. would have said, had the Columbus Division of Police declined to dispatch anyone to the scene. Suppose that dispatcher had said,

People have been disturbing the peace in that neighborhood for eons. We’re not going to change anything. No response.

Or suppose Officer Reardon, hearing the call, had ignored it?

Or how if he, responding, had declined to act and let Bryant stab the girl?

Well, Ms. Newsome, Mr. James, and all the rest of you, what then? CNAV sees three possibilities:

Candace Owens had this sharp advice for LeBron James. Which is: had the races of the perpetrator, her targets, the responding officer, and James been reversed, James would face instant cancellation for saying what he said, or anything remotely similar. But the races are what they are and James faces no cancellation from the National Basketball Association. (Although the NBA might face cancellation from conservative sports fans. But that’s another topic.)

Violence on the streets is everyone’s business!

Your editor anticipates the refrain. “That’s easy for you to say!” Not so fast. You see, your editor once had to intervene to stop a crime in progress.

1984. Houston, Texas. A parking garage on Fannin Street. Your editor had temporary employment at a retail store that served the business district of downtown Houston. On the day in question I had an appointment to get my eyes examined.

I was just leaning over to unlock my car door – when I heard a woman screaming.

In the car parked head-to-head with mine, a young woman was screaming for help. Because a man, seated in the passenger seat, had both hands locked around her throat.

I did not hesitate. I rushed to the passenger door and pounded on the window. “Get out of that car! Now!” I shouted. And when he didn’t pay me any attention, I tried the door. Which opened.

In other words: this is none of your business.

I was having none of that. “Go on!” I shouted again. And he turned tail and ran like a rabbit.

In the meantime, I found my arms full of about 108 pounds of quivering woman, saying, “Thank you, God,” and then pleading with me to take her somewhere – anywhere but there – because she was in no condition to drive.

Would this be none of your business?

In case anyone’s wondering: all of the players in your editor’s gripping drama were white. But that shouldn’t matter to anyone.

All right, your editor will put it to you straight. What would you have done? Would you have turned away, telling yourself that this was none of your business?

This happened in an era when the only way to summon aid was by putting a quarter (in Massachusetts, a dime) into a public pay telephone and dialing 9-1-1. Lay aside for a moment that the rule of the concrete jungle is “dial 9-1-1 and die.” Or, as in this case, “dial 9-1-1 and watch another die.” Today one can whip out a smartphone and often dial an emergency call with one thumbstroke. Would you not even do that?

Well, if you follow the advice, or pleas, of the likes of Bree Newsome and LeBron James, you don’t! Because that is none of your business!

If privacy concerns did not strictly forbid it, I would challenge any of you to tell that to the young woman to whose aid I came that day. As it is, I challenge you to tell that to Ma’Khia Bryant’s targets. And to the neighbor who clearly backed up the bodycam footage showing that Bryant was the aggressor. Tell it to their faces, CNAV dares you!

To stay free to write articles like this, is why CNAV decamped from its long-time Web host and domain registrar, in favor of another who has no part of “cancel culture.”

Residents – of any race – of the most crime-ridden neighborhoods have a decision to make. As long as any of your neighbors listens to people who tell the police, “This is none of your business,” you will get the business, from those same neighbors or from some other neighbors who have the street smarts to keep their mouths shut and not show their faces on national television. And when you tell the police that it is none of their business, you cut your own throat. As Ma’Khia Bryant tried to do when Nicholas Reardon stopped her.

Violence on the streets, no matter what the color of perpetrators or targets, is everyone’s business. But if we should tell anyone “this is none of your business,” then we should tell:

The Federalist points out that the Democrats should have learned, after losing 12 House seats in 2020, not to talk of defunding the police. Now it’s gone to let teenagers stab each other; it’s none of your business. Let’s see, say The Federalist, how that plays out at next Midterms.

[…] also this treatment of a police shooting that happened immediately […]