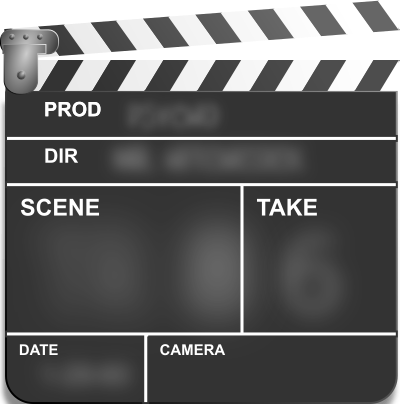 Americans are seeing at least two different movies, about the out-of-control suspect or the brutal cop. But are pols making their own movies?

Hello this is Darrell Castle with today’s Castle Report. Today is Friday the 23rd day of April in this the year of our Lord 2021. I will be talking about the trial and verdict of Minneapolis police officer Derek Chauvin for George Floyd’s death. I do not question the verdict, but I question the deciding of the verdict in advance of the trial. In America, the system is based on the idea that one is presumed innocent until proven guilty in a court of law. Why bother with a trial if we already know the verdict?

The Castle family is doing well health-wise on this Friday as we continue to enjoy spring. It has been a little chilly this week in the river city with lows in the 30’s. But as a famous Russian once said, how can you enjoy summer without winter to give it sweetness? The family daughter is holding up as best one can in the city of angels.

The system that I have spent my life believing in and trusting in now seems to be getting more irrational and delusional each day. Throughout my educational life I was taught that the criminal justice system was a search for truth and therein justice would be found, and when found, justice was blind. It was to operate by a system of rules that were sacrosanct and was to be as free of outside bias as it is possible to make it. The process is to be protected as more important than the outcome.

The questions for the Minneapolis jury to decide were basically:

The media, however, had a far different agenda. Which was unfortunately joined by various politicians up to and including:

The motives of those people are personal to each of them. But the result was to take the final result out of the hands of the jury. I guess they do not trust the jury system, so they had to help it decide.

Maybe they’re making their own movies…

The interjection of those people into what would normally be a local case as well as the media’s determination to turn it into a national one caused a great deal of damage in the case, but more importantly damage to the system of justice itself. We are now left with questions such as:

The headlines of the Memphis Commercial Appeal yesterday read “Justice Prevailed.” That implies that if the jury had reached a different verdict, then justice would not have prevailed. Which means that the verdict was already decided in advance because no other verdict would be justice. That is a very dangerous way to treat the criminal justice system. Today you may have the media and politicians on your side so you can intimidate the results in your favor. But tomorrow it might be a different majority and a different result.

A clear avenue of appeal

What the politicians did was leave open a clear avenue of appeal which probably should have resulted in a mistrial or dismissal. To say during trial with a non-sequestered jury, that Floyd’s death was murder in the full light of day, and it ripped the blinders off our society, is influencing and intimidating a jury. When Maxine Waters came to town and urged more violent confrontation and a guilty verdict, the judge should have declared a mistrial or dismissed the charges. Instead, he admonished her for “abhorrent” calls to violence in the streets.

Chauvin’s attorney, Eric Nelson, asked for the case to be dismissed arguing that the jury had been hopelessly biased by Waters’ comments. He said that it is so pervasive that there is no way the jury could be free from the taint of it. The judge agreed but decided to kick the decision upstairs to the appeals court instead of doing something that would cause his city to be burned to the ground. Politicians such as Maxine Waters, Nancy Pelosi, and Joe Biden, with their comments made justice less, not more likely. Even though the jury may have reached the correct result given the weight of the evidence, that result is tainted by the obvious bias.

The celebrations after the verdict were reminiscent of the O.J. Simpson verdict. But there the verdict was not guilty which makes my earlier point about the shoe sometimes squeezing the other foot. The biased statements by politicians and media as well as the jubilant celebrations after the verdict gave the whole process the atmosphere of a Stalin era show trial. Basically, it was let’s give that guilty sob a fair trial and then hang him. Chauvin may have deserved the verdict he received but now we will never be completely sure.

The jury could have and would have reached the proper verdict without the virtue signaling, grandstanding politicians and their media cohorts. The prosecution of Derek Chauvin was David versus Goliath and today Goliath always wins. The people demanding a guilty verdict had nothing to worry about. But still they could not just shut up and let the process work.

The prosecution had all the lawyers and resources of the Minnesota Attorney General’s office plus several “expert” lawyers who volunteered their services for free. One pro bono attorney, in particular, was nationally known as particularly skilled in cross examining expert witnesses and he was devastating to the defense experts. Derek Chauvin had only Eric Nelson against the mighty power and unlimited resources of the all-powerful state and its media cohorts.

Critical error – not putting Chauvin on the stand

I followed the trial as carefully as I possibly could while still doing my own job. Eric Nelson did the best he could under the circumstances. He was caught in no man’s land on the most important piece of evidence in the trial and that was the witness videos. Hindsight is 20-20 as we all know, but the best gamble was probably to let Chauvin testify. His reasoning to not do so was probably that he did not want his client subjected to cross examination on such questions as:

On the other hand, without Chauvin’s testimony there was no one to refute any of the critical prosecution evidence such as the very critical witness videos. He had to just let those stand without any explanation and that was probably fatal by itself. My point is that Eric Nelson had little to no chance of keeping Derek Chauvin out of prison. But now he has a clear motion for appeal and maybe even reversal. If I may quote Judge Peter Cahill,

I will give you that Congresswoman Waters may have given you something on appeal that may result in this whole trial being overturned.

Why would Maxine Waters journey from California to Minnesota just to give Derek Chauvin’s lawyer a clear avenue of appeal and/or reversal of the verdict? Is she really that stupid? Or could there be some other reason? I can only think of one other reason. And that is to keep the matter going for many years because it is useful to her politically. Nancy Pelosi refusing to allow a motion for censure of Waters to come to the floor of the house gives some credence to that idea. Joe Biden’s comments were just more of his bumbling efforts to show he is down with the woke cause.

The best description that I have come across of the two different movies I referred to in the title, was Jeff Deist’s article posted on Lew Rockwell.com.

One features a beleaguered police officer dealing with a recalcitrant suspect who was resisting arrest. The suspect had titanic levels of the opioid fentanyl in his system, perhaps enough to kill him. And he was no choir boy, having participated in a gang robbery of a pregnant woman at gunpoint. So even if the cop went too far and it’s unfortunate the perp died, it wasn’t murder—and Floyd probably was a rotten criminal anyway.

The highlight reel playing cross town, however, shows a different tale. A bigoted cop jammed his knee into the neck of a handcuffed black man, killing him with impunity in a gross display of everything wrong with racist American justice. White supremacist America still can’t come to terms with equality, and thus we still have indiscriminate police killings of unarmed black men.

Mr. Deist points out that justice is specific, not general. Derek Chauvin was not tried for racism, slavery, or Jim Crow laws of the past. He was not tried for some vague notion of America’s past sins. America was not on trial and white people were not on trial. Mr. Deist points out as well that spinning the narrative to make those things part of the trial was not done to alleviate racial problems but to inflame them.

In conclusion, justice in its best though imperfect form is most of all blind, thus the blindfold on the statue. Justice is not general to a society, but individual and impartial. We used to understand these things as basic and essential to a free society and a liberal justice system. Injustice happens to individuals not to societies. Individual bodies and their property suffer from injustice. To have a proper sense of justice there must be some sense of shared and agreed upon values. What will replace Christian morality in America? The left answers that its all-powerful state will manage an egalitarian society. But the right remains silent on the issue to date.

Finally, folks, what will become of all those dedicated police officers who go out each day for years on end to confront the most violent criminals among this population? Will they all resign because of police reform and because they are misunderstood and unsupported? I hope not because we need them, but I would certainly understand if they did. Experience teaches that fewer police mean more crime especially violent crime.

This article first appeared on the author’s own Web site and appears here by permission.

CNAV hates to tell Mr. Castle, but police are resigning from large-city police department, for the exact reasons he cites. Steven Turley, PhD, has more.

See also this treatment of a police shooting that happened immediately afterward.

When The Criminals Set The Precedent: President Reagan’s Would Be Assassin John Hinckley Jr. Wants His Due!

Picking And Choosing What Works For Their Agenda: The Supreme Court Wants To Decide Whether Or Not Police Can Enter Your Home To Seize Guns