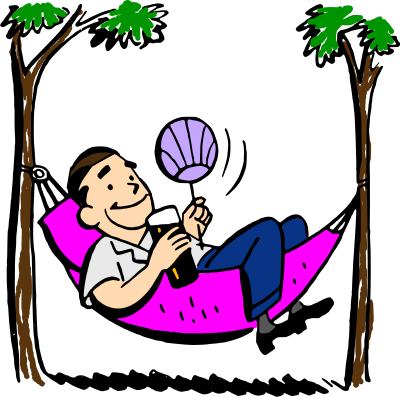 Well, there sure has been a lot going on since we last spoke. I hope you enjoyed your long weekend last week. We were so elated that the price for a bbq dropped so dramatically this year versus 2020. In case you didn’t hear, the lovely Jen Psaki pointed out that the cost of an average bbq dropped by 16 cents! This of course being attributed to Joey’s magnificent handling of the economy.

Well, I was going to jump in my car and load up on groceries. I mean what consumer wouldn’t jump on that bargain, eh Deano. But alas, as I jumped in the car, I didn’t have any gas. Seeing that gas prices have jumped over 60% in the short 6 months that Joey is in office, it was not to be. I mean the cost of gas trumped (sorry, no pun intended) the astronomical 16 cent savings on hot dogs. When Joey was asked about the fuel price surge, he commented, that vanilla is his favorite flavor of ice cream!

On to some breaking news though. It seems that the attorney for the adult film star Stormy Daniels, a Mr. Michael Avenatti has been sentenced in federal court to 2 1/2 years for extortion. I find this heartbreaking. It was only a short time ago that this litigation genius was having aspirations of unseating President Trump in the 2020 Presidential election. The accolades were coming in from such well-regarded outlets as CNN, CBS, MSNBC, Washington Post and even your own NY Times. Let me give you some references Deano.

CBS, in 2018/2019 had Mr. Avenatti on 6 times, in his pursuit of bringing down President Trump. Then it was on to the White House for Mikey. Sadly, it was not meant to be. CBS correspondent Jamie Wax was quoted recently after the sentencing that, “maybe we went about covering him the wrong way”. I don’t agree, personally I think it was a Conservative witch hunt, wouldn’t you agree Deano? President Trump is a racist!

Then we have CNN, that bastion of honest reporting, second to the Old Gray Lady. CNN had Avenatti on their network an astounding 122 times. 122 times! Highly credible newscasters such as Don Lemon, Chris Cuomo (brother of the gold standard Plandemic savior, Andy) and of course Brian Stelter who said Avenatti is a “legitimate threat to challenge President Trump”. Often referring to him as a “beast” or “savior of our country”. Not too much from Jeffery Toobin though. I believe he took some well-deserved time off. They say he wanted to clear his mind and get in touch with his inner self, quite commendable. Such insight by these “journalists”, what in depth fact checking and professionalism. No political pandering from this top-notch crew, including you and The Times Deano.

Then they point out this future Democratic Presidential hopeful Avenatti, was charged and convicted with trying to extort 25 million dollars from Nike. It was actually documented on an episode of American Greed. The right calling him an ambulance chaser and shake down artist who the left fell for hook, line, and sinker, in their all-out assault to undermine President Trump. Equating the NY Times, CNN, MSNBC and their ilk and their reporting prowess to one step below The National Inquirer! Blinded by their hatred for one man to become a laughingstock in the field of journalism, how embarrassing.

Then the final nail in the coffin was Avenatti being charged with embezzlement of his clients, the lovely Stormy Daniels (is that her given name), book deal money. I was so looking forward to that being published, I’m sure it would have been up there with the works of Faulkner, Steinbeck and Hemingway. It would be a major loss for the literary world, if she can’t complete her work. I believe he absconded with a majority of the $300,000 advance.

The radical right points out the fact CNN interviewed Avenatti 122 times over the last couple of years. They also point out there has been absolutely ZERO coverage of his conviction and sentencing. They point out that their political pandering is off the charts. Comparing liberal hack “journalist” outlets to Pravda, the communist newspaper of the Soviet Union. Some believe that is over the top though, most agree Pravda reports more unbiasedly and honestly.

I’m just curious if you, Dylan and Ari are enjoying the recently purchased estate out there in Larchmont California, Deano? I am thinking of heading out to the sunshine of California myself. I mean what is not to like about that state; weather, economical, excellent political leadership, etc. Look at the names, Pelosi, Newsome, Schiff…..what could go wrong? Well, I had asked you earlier if Larchmont had any affordable housing, possibly I could even qualify for section 8 housing. The only thing I’m not crazy about in regards to Larchmont, is it’s lack of diversity. How are you guys copings with that issue?

I also have a feeler out to Barack Hussein Obama. I was also possibly thinking of putting up stakes in Martha’s Vineyard. I see where Barack recently purchased a $12,000,000 home up there. Oh, this is in addition to the $7,000,000 home in Washington DC. Do you think there is affordable housing in the Vineyard? I understand the estate sits on 29 stunning acres, bravo Barack! My question is do you think Barack would be open to me putting a trailer somewhere obscure on the property. I’m still waiting to hear back, nothing so far. It would be so cool, if I could get in on one of his summer bbq’s.

You know rub elbows with Tom Hanks, Bruce Springsteen, Steven Spielberg, Meryl Streep and the like. Maybe a game of beer pong or two. Being a celebrity always means their opinions really matter that much more. You know, like when Meryl referred to Harvey Winestein as a “God”. Then there is the time she gave a standing ovation at the Academy awards for Roman Pulaski at the academy awards in 2003. You remember Roman, he was arrested and charged with numerous sexual offenses including statutory rape of a 13YEAR OLD GIRL.

I sure hope metoo wasn’t watching the awards that night, Meryl would be in some pretty hot water with them if they saw that display! They may refer to her a the quintessential hypocrite who displays selective outrage, depending on the accused party affiliation! You know, sort of like metoo’ s handling of President Trump versus Andy Cuomo. President Trump is a racist!

As far as investments go, that is where I really want to talk to Barack. I mean here is a former community organizer worth less than $1,000,000 when he went into the White House. Look at him now, almost $20,000,00 in real estate alone. What mutual funds do you think he had his 401K in, because I would love to get into those……wow! Or, is Michael a “Doctor” like “Dr” Jill, I hear doctors make a lot of money. Oh well, I’ll just wait and hope Barack calls me back.

Deano my friend, as usual your supervision of the content that The New York Times prints is beyond reproach, such integrity day in and day out. How you guys manage to stay out of the political fray is awe inspiring. You can look at yourself in the mirror every day and be proud, Deano. Oh, and the example you set for our children, don’t even get me started. Enjoy Larchmont, if you’re heading out there for the weekend.