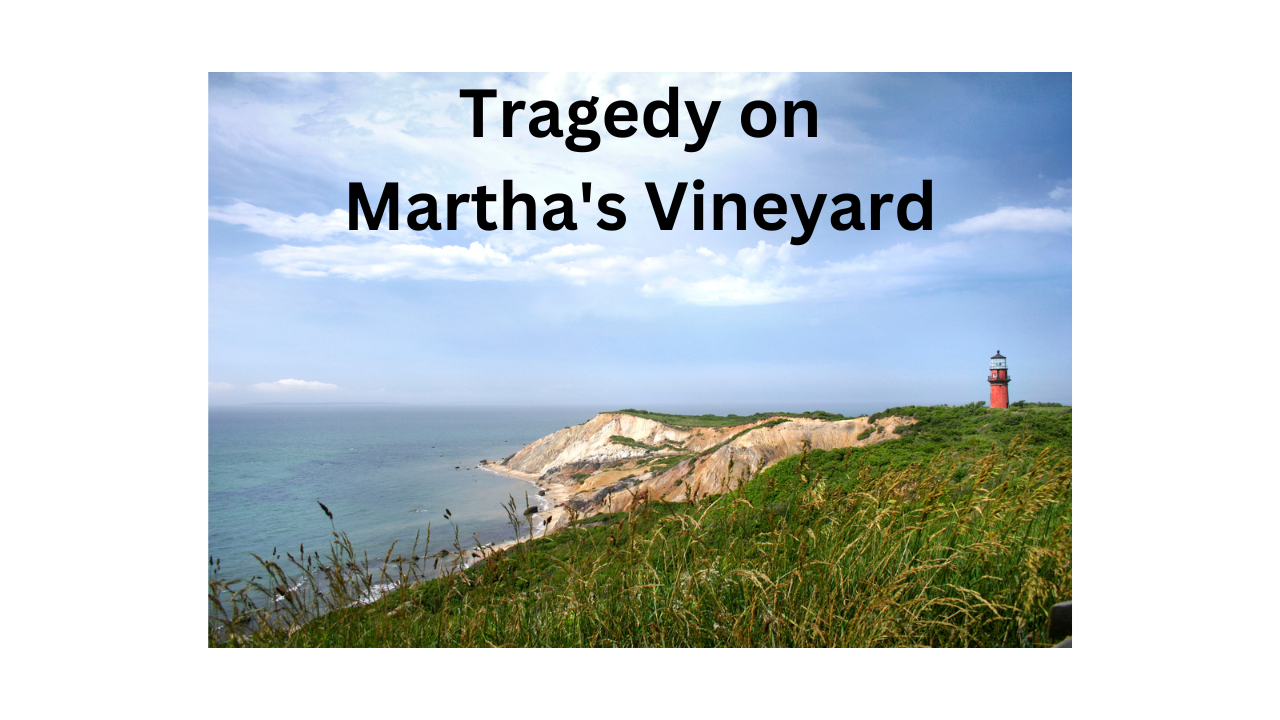 It must be a busy time for you Kahny at your desk as executive editor of your tabloid, The NY Times. It seems there is a bit of an illegal immigration crisis over at Martha’s Vineyard, stemming from some issue at the southern border? I know Kahny, it is a shock to me too, as this is the first I have heard of it. You must feel the same, as I haven’t seen ANY coverage of this nearly 2 year humanitarian crisis until just recently in your tabloid.

We need to point out the fact that these semi-fascists (sort of like being a little pregnant), MAGA’s and even the extremely rare Ultra-MAGA’s are at it again—reeking havoc. Well at least that is what Joey Robinette, and his installed administration are saying. Who would ever doubt Ole Joe, the great unifier. Well, our radical right wing friends have a different spin on it altogether. Let’s take a look , but first a little look back at events at the Vineyard.

It seems Martha’s Vineyard is an exclusive enclave for many of the liberal elite to vacation on. Some even have multimillion dollar estates, like Barack Hussein and his partner Michael—more on that power couple later.

It seems, Martha’s Vineyard and a tiny island just off it, Chappaquiddick , made headlines back in 1969. It was back then that Kennedy scion, Teddy (the liberal lion), really put the Vineyard on the map. If you recall, a tragic accident occurred that night for which Teddy was minutely involved, simply a tragic accident nothing more, as all liberals recall.

That is not what our friends across the aisle say though, quite the contrary. It seems the married Teddy (devout Catholic), left an alcohol fueled get together with a young single staffer, Mary Jo Kopechne. As Teddy headed to a secluded beach, (probably to finish up some official paperwork), he said he got lost going to the ferry with Mary Jo, even though he had been coming here for years, he then drove off a small bridge into the water. After freeing himself and leaving Mary Jo, he then went back to the party house and after conferring with staffer’s, Ole Teddy was able to swim the channel (some 500 feet) to the mainland and go back to his hotel—while Mary Jo was still in the car, albeit under water.

Well, after only 12 hours (after speaking to lawyers and advisors), the highly moral, devout Catholic Teddy decided to call police and report the accident. He received a slap on the wrist and insurance paid a modest sum to the family … seems fair, don’t ya think Kahny? I understand that some of these same police now work for the Gestapo, sorry I mean the FBI, and they were assigned to investigate Hunter Biden.

Conservatives say, this incident sets the stage for the latest example of entitled, elitist liberals and the hypocritical double standard that they seem to be afforded. Like the fact that the southern border has basically been wide open since the vegetable was installed in the White House, which has resulted in border states being inundated with illegals. Repeated calls to the White House for a plan or assistance from state representatives have gone unheeded.

The Border Czar to the Rescue

They even appointed the outrageously incompetent Heels Up Harris as the Border Czar. Was the plan to have her go there and giggle hysterically, like a village idiot and drive them back to Mexico? Conservatives ask, besides sampling various pastries and traveling the world on the taxpayer dime—what has this word salad, cackling buffoon accomplished as the “Border Czar,” or anything else for that matter?

This Should Get Their Attention

Well, it seems all that needed to be done was deliver 50 illegals to the playground of the out of touch liberals to get some action. Even you started giving coverage to this over at your tabloid Pravda, Kahny. Bravo champ!

It seems these 50 illegals have caused a “humanitarian Crisis” on the island. Imagine, an island that houses roughly 20,000 year round and over 100,000 during the summer, is having a “CRISIS,” housing FIFTY of the downtrodden, that they have such compassion for (as long as it is somewhere far away apparently). Sources say celebrities were screaming at their minimum wage help to rip those—“we welcome all” signs off the front lawn, before they would release the hounds on them.

The Commander Speaks – they deserve better than Martha’s Vineyard?

They even woke up Joey Talibiden in between his afternoon naps to make a statement. He was not happy as this cut into his cartoon watching time, and pudding pops, screaming, that it is un-American, and it is playing politics with human lives—he vowed action. They didn’t have time to provide the blood red backdrop, and put the little mustache on Joey.

Conservatives want to know, exactly how detracted from reality is Lyin’ Biden and his handlers. They point out after some estimates as high as 4,900,000 illegals have crossed the southern border, since this treasonous incompetent has been installed in office—and he is now outraged over 50 illegals and a humanitarian crisis in Martha’s Vineyard. I guess Hussein was not happy about this and got on the horn to the very accommodating Joey. He wanted to stay on Hussein’s good side for next years birthday bash (the last one was of course maskless during the plandemic—oh, that privileged Hussein).

Well anyway, in less than 24 hours these poor downtrodden lost souls were being shipped off this land of hypocritical frauds. I mean how are these out of touch celebrities going to enjoy their Dom Perignon, pheasant under glass and truffles—knowing “these people” are on their island. Word is as soon as the last illegal was shipped off, a public service message went out that it was safe to put the welcome all signs back out on the lawn. I understand Oprah had tears in her eyes as they stuffed the last illegal in the van leaving the island—what a sincere, loving, down to earth individual she is.

Well, it accomplished one thing Kahny. It got your tabloid to actually print SOMETHING, ANYTHING about illegal immigration. See, that journalism degree is finally coming in handy, your folks must be so proud.

One last thing, It seems Gavin Newsom is so outraged he wants these southern border governors charged with kidnapping and removed from office. Great idea! But wait a minute, the FEDERAL GOVERNMENT has been flying these illegals in the dead of the night throughout the country since the houseplant was installed. That would mean, Talibiden (installed puppet), Heels Up Harris (Border Czar/ pastry aficionado), and Alejandro Mayorkas (Daddy Warbucks), would have to be removed. Ya know Kahny, for the first time I have to agree with that narcissistic, incompetent Newsom … let’s start charging them!