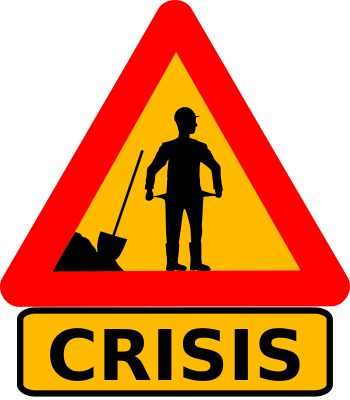 Hello this is Darrell Castle with today’s Castle Report. This is Friday the 23rd of July in the year 2021 and on this Castle Report I will be talking about the arrival of a new crisis which I believe is headed our way and which I believe is inevitable. People are starting to resist the restrictions of the COVID response because they can see that the restrictions are not based on science and in many cases are anti-science. Crisis after crisis will therefore be necessary to keep the people terrified, in line, and obedient,

The Castle Family enjoyed its family reunion last weekend which was held at a beautiful mountaintop setting in East Tennessee. I’m not sure how many were there but we had food for fifty and it was mostly gone. We had a good time together catching up on each other’s lives and remembering those no longer with us. The family daughter remains in the city of angels with a new mask mandate in place.

People resist mask mandates most of all

Speaking of mask mandates, those are probably the most resisted of the responses to the COVID virus. The people in authority and those who slavishly follow their dictates can no longer point to masks and tell us to follow the science, and most people know that now. Some people wear them when requested just to prevent a disturbance but some resist wearing them which occasionally results in violence. A retail store can refuse to admit you or tell you to leave, but trouble happens most often when the one refusing the mask is in a closed environment where he can’t just leave such as an airplane in flight.

Over and over reports of “disturbances” aboard airplanes in flight are being reported to the extent that they are commonplace. More than 100 such disturbances occurred in the last week the airlines report. The airlines are reacting by becoming more draconian not less. The point is that the most obvious uniform of the virus is being refused by a great many people. That is an indication that going back into crisis lockdown mode will also be resisted.

Vaccines (and similarly intended preparations) not performing to expectations

The vaccines were supposed to solve the problem of future worry about the virus but so far, they have not lived up to expectations. Many remain suspicious of taking experimental, barely even tested, drugs into their bodies. The wise elite seem very concerned about those who have refused their shots and appear determined to give us their drug whether we want it or not. The last figures I saw was about 67% of Americans in total have been vaccinated, but only about 48% of black Americans. When asked the question would you refuse the vaccine under any circumstances, 29% of those identifying as Republican said yes but only 6% of Democrats. I suppose the vaccines are a political statement as well as a medical one.

Those figures are unacceptable to Dr. Fauci who now says that we must reconsider vaccine mandates. I suppose that means take the drug, or you will be reduced to the status of a non-person. President Biden has reportedly started his proposed door to door visits to intimidate reluctant people into taking the drug into their bodies. I predict the intimidation will get worse and worse as resistance continues to grow. The intensity of the demands from government are making me more suspicious not less, and I suspect that I am not the only one.

I admit that much of what I am saying today is my own opinion although it is based on the best research I can conduct, but one thing is very clear to me. If you do not want the vaccine and you take it because of intimidation, coercion or whatever you call it, you are no longer a free person. Furthermore, not only are you unfree, but you are owned by someone or something. Your body itself is no longer yours to decide the future of how you will live. Efforts to coerce people into accepting the drug make me very suspicious because it does not make sense absent some sinister motive.

I am apparently not the only one to sense a sinister motive because even a few Democrats seem reluctant. It is easy to see why people might be suspicious if one just keeps his eyes open. A few days ago, a game between the Yankees and Red Sox scheduled for Yankee Stadium, was canceled because three fully vaccinated and therefore fully immune Yankee players had the virus that they were supposedly immune to. When the 51 Texas Democrats fled the state by flying without masks in a party like atmosphere to Washington a fairly large number although fully vaccinated got the virus. People noticed that they did not follow the rules that were set for us little people like masks, social distancing etc. Those acts of gross hypocrisy are not lost on people, and they contribute to an attitude of resistance.

Five “accomplishments” of the present crisis

Destruction of savings and incitement of hate

The savings of the bottom 90% are being wiped out by inflation so the 10% at the top can prosper. The asset class benefit from inflation as assets increase in value. I’m talking about acres of timberland, steel mills, thousands of acres of farmland and not so much the average American home, those assets. The bottom 90% have their wages destroyed by inflation at the food, gas, lumber, building materials lines which the 10% own.

Most important for ordinary people, their kids are being taught that white people are evil. Kids come home and tell their parents how evil the geniuses who founded this country were and how good and benevolent and smart are the people in charge today. Parents will fight for their kids more than for themselves. There is something primitive about a mother’s love for her children. It is akin to the prime directive, and that is perpetuate the human race. Said in Biblical terms, be fruitful and multiply.

When you start telling kids to hate each other and hate themselves you are going to meet resistance. There is uproar across the country and many states have enacted anti Critical Race Theory laws. The ruling elite know that in order to destroy Western Civilization the children must be taught to hate it and to hate the religion upon which it is based and as people catch on, they resist. Orwell told us that the future is certain, but the past can be altered at will.

What kind of crisis?

There are many other reasons for resistance, but I do not have time to talk about all of them today. The resistance will require another crisis to make sure the gains are consolidated, and a once free people continue their road to authoritarianism. There will be another crisis, and if we continue to resist, as many as it takes to accomplish the elites’ agenda. Whatever fraud they choose to propagate against us will serve to prevent us from having a normal, peaceful life without lockdowns, economic upheaval, and civil unrest. What then will be the nature of the new crisis de jour?

My guess is a medical crisis similar to the one we are now in the tail of but worse. Perhaps a gradual worsening of various strains of the virus due to all those who refuse the vaccines. There is evidence now from reputable scientists that the vaccines may actually be causing the mutations into different strains. It could be a completely new virus like monkey pox. A few days ago, a man returning from Nigeria flew through the Atlanta airport on his way to Dallas. He had monkey pox and now 200 people in 27 states are on the watch list. I read where a veterinarian in China contracted some type of monkey B virus, the first time in history that virus has jumped the species barrier.

A good possibility is a cyber crisis whereby some person or nation hacks into the American power grid or some other vitally important utility such as fuel supplies etc. You can probably think of many nightmare scenarios a couple of months without power would cause. The immigration crisis is already ongoing although the ones who perpetuate it refuse to call it a crisis or even acknowledge it. There are many other possibilities like violent crime, riots, social unrest spreading across the country, disruptions in the supply chain causing shortages and contributing to inflation due to the huge amounts of money without accompanying production.

Destruction of law and custom

Whether I am right or wrong about a new crisis coming our way, long term damage to our nation and way of life have already happened because we have destroyed legal institutions, customs traditions, all for some type of short-term gain. These systems took centuries to build and just a few short years to destroy. Our governing class has broken free of the constitution and are no longer bound by its provisions.

In conclusion, I don’t pretend to have a crystal ball to see the future, but I can clearly read the signs of what has passed and what appears to be coming. To understand the situation as it presents itself now it helps to understand what government really is, even our government. Richard Maybury puts it like this, “Political power is the legalized privilege of using brute force on persons who have not harmed anyone.” This privilege sets governments, i.e., politicians apart from the rest of us. The true nature of government and raw political power was understood by the founders of this country, but over the centuries has been virtually lost. Most people now look at government as protector or savior.

Rebellion in the wind

Finally, folks, there is a growing rebellion against the deep state and the swamp. Who will the military and the police support? Will they support the constitution to which they took an oath to support, or will they simply obey those who give orders? I mean the trigger pullers who live in the mud and blood not the politicians disguised as military officers. The chairman of the joint chiefs joining the woke world gives us some insight but whoever the holders of brute force support will be the next government.

This article first appeared on the author’s website and appears here by permission.

What is wrong with the United States Navy?