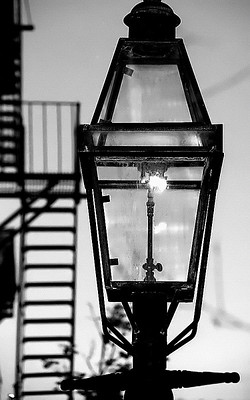 Hello this is Darrell Castle with today’s Castle Report. This is Friday the 1st day of October in this the year of our Lord 2021. My Report today concerns the decision this week of the social media giants, Facebook, and You Tube to take down several videos and their channels associated with high-profile anti-vaccine activists including Joseph Mercola and Robert F. Kennedy Jr. The Washington Post which initially reported this decision tells us that “experts” say these men are partially responsible for helping seed the skepticism that’s contributed to slowing vaccination rates across the country.

The Castle family is doing quite well this week as we are all healthy as far as I know. The 11th day of this month I will be 73 years old, and I suppose that is reason to celebrate so we will. I always thought I would remain about 25 forever and with just the right break I would win the Olympic Marathon, but alas it didn’t happen. The family daughter is doing well and rumored to be interested in possibly leaving LA. I would be happy for her as right now any place USA seems brighter.

The Washington Post brazenly takes the side of darkness

Yes, The Washington Post, spokes paper for the Democrat Party, for the Biden Administration, and for the tech giants, one of which owns the paper, has reported that Facebook is Canceling two of the most important messengers of truth in America. The Post is also telling us that only the view authorized by authority is acceptable. I wonder, does that frighten anyone besides me? The toadies of the elites who think they control this world are like rats with their own light switch that they hope will keep us in the dark so we can’t see them.

The light shines, and agents of darkness rush to cover it up

Naturally, when I read this article in the Post I was alarmed, and a bit flabbergasted at their brazen authoritarianism. Let’s take a closer look at some of the things the article reported.

Misinformation researchers have for years said the popularity of anti-vaccine content on You Tube was contributing to growing skepticism of lifesaving vaccines in the United States and around the world. In July, President Biden said social media companies were partially responsible for spreading misinformation about the vaccines and need to do more to address the issue.

Translation, the truth is getting out and that has to be stepped on, and hard. The worst purveyor of lies in this country basically orders its social media toadies to stop allowing the truth to be heard. The arrogance of these people never ceases to amaze me. They are now plainly out in the open with their position that only their views have a right to be heard. Once again, I ask if that frightens anyone besides me? You Tube and Facebook refer to anything anyone prints or films that is contrary to the view of the prevailing elite as misinformation.

Naturally when I read the Post article, I went straight to the web sites of Mr. Kennedy and Dr. Mercola but on Wednesday the 29th of September, Lew Rockwell.com carried an article by Mr. Kennedy under the auspices of his Children’s Health Defense. The article entitled, “The Emperor Has No Clothes: COVID Math Simply Doesn’t Add Up” challenges the numbers reported by the public health officials as overstating the risk and therefore demanding such drastic measures in response.

Whether one looks at leaders’ willingness to engage in wanton economic destruction, or the rapidity with which billionaires have amassed new wealth or the multisectoral efforts to link and mine people’s intimate data, it is hard not to recognize that something much larger than a health crises is afoot. However, even if one restricts oneself to the narrow confines of the health narrative, 18 months of data—emerging in spite of ferocious censorship—have repeatedly illustrated that the official story is full of lies and omissions.

Translation, there is so much evidence of untold suffering by innocents and the accumulation of untold wealth by the elite that perhaps some of the theories about depopulation might be true. Since the purveyors of all this are liars and the truth is not in them, yes indeed perhaps there is something else afoot. Even if we set all that aside and just examine the cold data that is able to escape the memory hole the story is based on lies and omissions. Furthermore, these lies, and omissions are killing us now and God knows what the future will look like.

Vaccines leave a trail of destruction in their wake

One of the biggest holes in the story is the trail of destruction that the experimental COVID vaccines are leaving in their wake, with hundreds of thousands of reported injuries in the U.S. alone and, according to some statisticians, as many as 150,000 dead Americans. With this level of damage after just nine months, now is as good a time as any to reexamine “COVID math” and highlight some of the embedded falsehoods that cast serious doubt on official and corporate pronouncement about risks and benefits.

Translation, the results of the administration of COVID vaccines across a population of millions of people are quite different when different eyes are allowed to view and report data. Perhaps that is why the liars flee so desperately from the light and try to squelch the light. The figure of 150,000 dead, according to some statisticians, is from a study entitled vaccine impact the government’s own data reveals that at least 150,000 probably dead in U.S. following COVID-19 vaccines.

VAERS, incomplete though it might be, already has damning evidence

The study is 40 pages long and you can find it through Mr. Kennedy’s article or go directly to it. The allegation of the study taken from VAERS, the vaccine adverse episode reporting service as well as many other sources, is that many, perhaps most, of the deaths reported as COVID just might be either the vaccine or other health service mandated treatment. The study also concludes that one area that reflects the deaths and disability is in the labor force or lack of it. If the conclusion is true, then with employer mandates for the vaccine the labor shortage will get much worse.

The virus is far less dangerous than the government makes out

Now, back to Mr. Kennedy’s article.

One fact, especially, bears repeating: Through age 19, children and adolescents have a 99.9973% COVID-19 survival rate. This information, which has been a constant throughout the reported pandemic, is reiterated in the most recent analyses by Stanford physician, epidemiologist, and statistician John Ioannidis, who has been a steadfast critic of COVID alarmism from the very beginning. And Ioannidis’s good news does not stop with the 19-and-unders. Until people hit their seventies, all age groups have survival rates well over 99%.

I will add here that even for those like me who are over 70, the survival rate is plus 97% unless of course you are unfortunate enough to be admitted to a hospital in which case it drops to 94.5%. These numbers and percentages are hard facts, not guesswork. With each new study and each new revelation, the deadly pandemic gets a little less deadly and a lot less frightening. Perhaps that is why those who profit from vaccines and those who want the world vaccinated for other reasons fight so hard to keep us in the dark.

You can’t hide forever from the light

It is becoming obvious to many that the vaccine could be more dangerous than the virus, and as evidence, another recent report from VAERS data by Health Impact News showed that in 2021 12-19 year olds have been 50 times more likely to experience heart problems after receiving experimental COVID shots—and nearly eight times more likely to die—compared to all other FDA-approved vaccines combined. I will close discussion of Mr. Kennedy’s voice which Facebook and You Tube seek to silence with the following.

Increasingly, members of the public are not fooled by the statistical shenanigans. When a Detroit TV channel recently tried to drum up hostility against the unvaccinated by asking viewers to submit tales of recalcitrant uninjected relatives dying from COVID-19, they instead got more than 182,000 comments about loved ones who had died or been injured after receiving one or more COVID shots. These replies provide compelling evidence that what we are now experiencing is a pandemic of the vaccinated.

Now for the other canceled man who is trying to bring light to darkness, Dr. Joseph Mercola, Dr. Mercola has a book entitled The Truth About COVID-19: Exposing The Great Reset, Lockdowns, Vaccine Passports, and the New Normal. In his book and in various videos and articles he says that we must unite in a global movement for health and freedom. The forward to his book is by Robert F. Kennedy Jr.

The following quote will give you enough insight into Dr. Mercola that I will not have to belabor the point.

Since early 2020, the world has experienced a series of catastrophic events—a global pandemic caused by what appears to be an engineered coronavirus; international lockdowns and border closings widespread business closures, economic collapse, and massive unemployment; and an unprecedented curtailment of civil liberties and freedoms in the name of keeping people safe by locking them up in their homes. We are now living in a world that is increasingly ruled, not by our democratic systems and institutions, but by public health fiat, carried out by politicians who rule by instilling fear and panic.

Was forced vaccination always the goal?

Maybe, just maybe Mr. Kennedy and Dr. Mercola are right and the goal all along has been forced vaccinations and the international vaccine passport. If so, perhaps we the people of the world could use their often-quoted position of never let a crises go to waste against them. Perhaps this is an opportunity for the people of the world to take back their health and bring about accountability. I’m convinced, however, that it will be difficult to impossible to do so at the ballot box.

People must first come to grips with this information well enough to realize that the people they believed, entrusted, and relied on have committed perhaps the worst crime against humanity in history. Once that realization is made then the rest will naturally follow. Why is the government, public health, social media, and legacy so insistent that the whole world be vaccinated? When you, of whatever political view, see their faces on TV just realize that you are looking at some of the worst mass murderers in history.

Finally, folks, the bottom line is that this is not about health, but instead it is a war against humanity? The future of humanity is at stake, but the government is telling us what communism used to tell us and that is wishful thinking will get us through while with the other side of their mouths they are killing us. It is all based on a horrible perverse lie, but millions of people have been coerced into accepting it.

This report first appeared on the author’s website. It appears here by permission.

You Can Only Hide It For So Long: Detroit TV Asks For Stories Of Unvaxxed Dying From COVID – Gets Over 180K Responses Of Vaccine Injured And Dead Instead