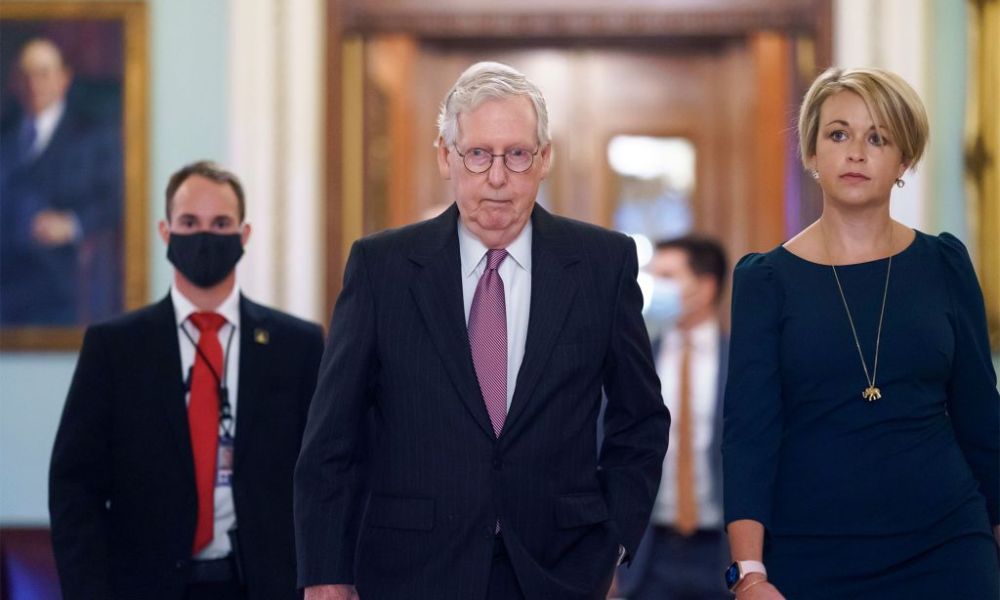 Senate Minority Leader Mitch McConnell says Republicans won’t help Democrats in raising the debt ceiling. “I can’t imagine there will be a single Republican voting to raise the debt ceiling after what we’ve been experiencing,” McConnell told Punchbowl News on Tuesday night in the Capitol.

“I can’t imagine a single Republican in this environment that we’re in now — this free-for-all for taxes and spending — to vote to raise the debt limit,” the Kentucky lawmaker added. “I think the answer is they need to put it in the reconciliation bill.”

The debt ceiling deadline is at the end of July and Congress needs to vote to either raise or suspend it. Failure to act before the congressional recess in August could risk default. Much like a personal credit card maximum, the debt ceiling is the amount of money the federal government is allowed to borrow to meet its obligations.

These range from paying military salaries and IRS tax refunds to Social Security benefits and even interest payments on the debt. Since the government spends more than it receives in revenues, it keeps operating by borrowing more and more.

“Every time, it’s messy,” said the top Republican on the Senate Finance Committee, Mike Crapo, when asked about the process of adjusting the debt limit. He noted that in his nearly three decades in Congress he had pushed for spending cuts in those negotiations, adding in a brief interview that he would be seeking cuts again (Newsmax).