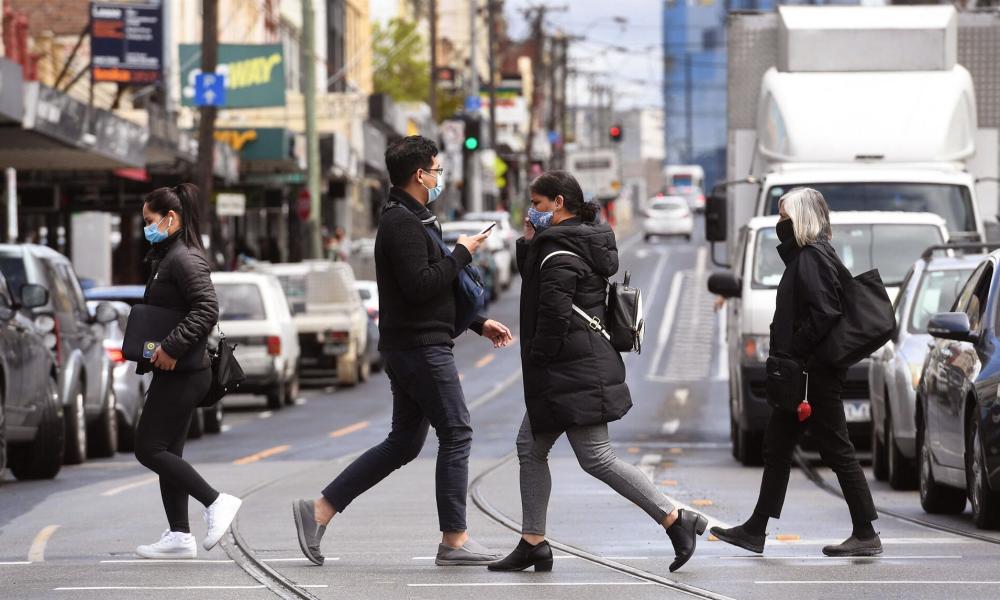 Delighted Sydney residents celebrated in the rain to celebrate the end of almost four months of lockdown on Monday.

Sydney’s more than five million residents have been subjected to a 106-day lockdown, designed to limit the march of the highly transmissible Delta variant. New infections are now falling, New South Wales state recorded 496 cases on Monday and more than 70 percent of over-16s fully vaccinated. Cafes and restaurants opened their doors to anyone who could prove they were vaccinated, including 35-year-old Peter Morgan, who was among those relishing in newly regained freedoms.

Many people queued up outside hair salons and barber shops. “I couldn’t wait to be in here to get the hair done,” said Brett Toelle, a salon customer in Surry Hills, whose last trim was 15 weeks ago. “That’s the longest time I’ve ever been without a haircut.” For many, the end of lockdown was a chance to get into the shops.

At midnight, hundreds of people poured into a discount Kmart store in the western Sydney suburb of Mount Druitt, with social media images showing long queues forming inside. For others, it was a chance to put their business back on track.

“It’s a great vibe this morning,” said Hannah Simmons, owner of Gordon’s Cafe in the beachside suburb of Clovelly whose business survived the lockdown by offering takeaway. “The outside seating will be a little bit dreary but that’s OK. We are really excited to be back there and open. That’s great.”

Since June, shops, schools, salons and offices have been closed for non-essential workers. There were bans on everything from travelling more than five kilometres (three miles) from home, visiting family, playing squash, browsing in supermarkets to attending funerals. “Very few countries have taken as stringent or extreme an approach to managing Covid as Australia,” Tim Soutphommasane, an academic and former Australian race discrimination commissioner, told AFP.

Prime Minister Scott Morrison hailed the day as one to celebrate things once taken for granted: “Being with family and friends, getting a haircut, grabbing a meal together, going to the pub and having a beer with your mates.” There will still be limits on mass gatherings and international borders and schools will not fully reopen for a few weeks yet.