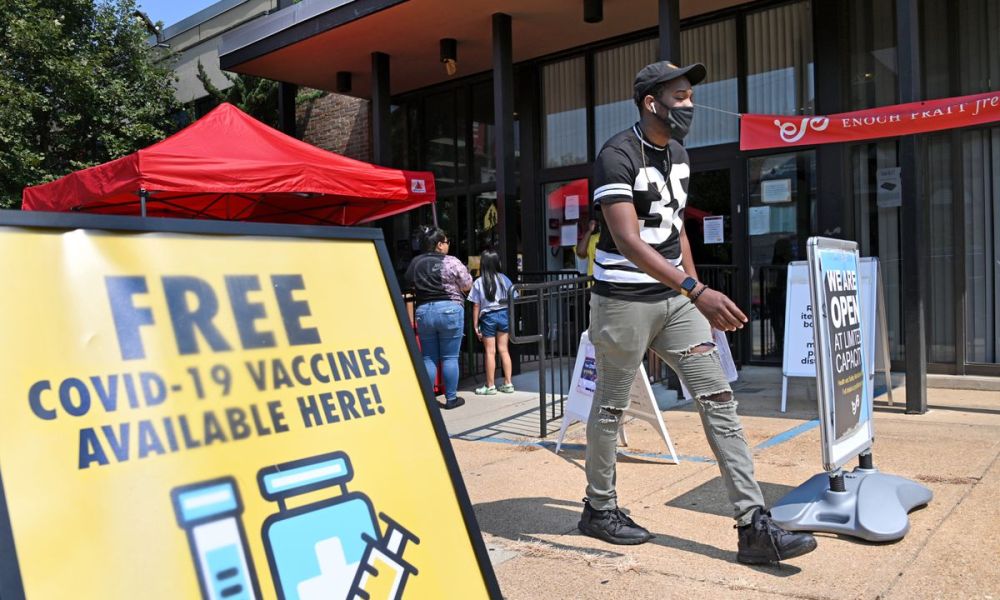 The head of the Baltimore Police union on Friday encouraged officers not to reveal their vaccination status ahead of a city mandate scheduled to go into effect next week, citing a lack of communication between city officials and the bargaining unit.

“It is understandable that our members have questions about a policy with so little information being provided by the city. Until the city responds to our right to bargain these issues, or the courts intervene, I suggest you do nothing in regard to revealing your vaccination status as it is outlined in the city’s policy,” wrote Sgt. Mike Mancuso, president of the Fraternal Order of Police Lodge 3, in a letter to union members Friday.

Beginning Monday, Baltimore will require its 14,000 employees to get a coronavirus vaccine or face weekly testing for COVID-19. This week police spokeswoman Lindsey Eldridge said that about 64% of the department’s 3,000 employees have been vaccinated, but the department didn’t provide a breakdown between the 2,500 sworn officers and 500 civilian personnel.

City Labor Commissioner Deborah Moore-Carteron met Friday afternoon with FOP leaders, Commissioner Michael Harrison, and representatives from the city’s Law Department and Human Resources to discuss concerns about the vaccination mandate, said Cal Harris, a spokesman for Mayor Brandon Scott, in a statement Friday. Mancuso wrote that for several weeks union attorneys have been trying to discuss the policy with city officials, including “various, and very obvious, issues with their vague policy.”

City officials had scheduled a meeting for next Wednesday, days after the policy is scheduled to go into effect, according to the letter. Mancuso said the union’s attorney’s have filed an unfair labor practice with the Office of the Labor Commissioner, and threatened additional legal action in effort to delay the implementation of this policy.

“FOP3 believes that there are multiple collective bargaining issues that surround the city’s vaccination policy. We have made multiple attempts to sit down and discuss these issues to no avail,” he wrote. Mancuso did not describe in the letter the union’s specific issues with the policy. Mancuso did not respond to requests for comment Friday [Baltimore Sun].