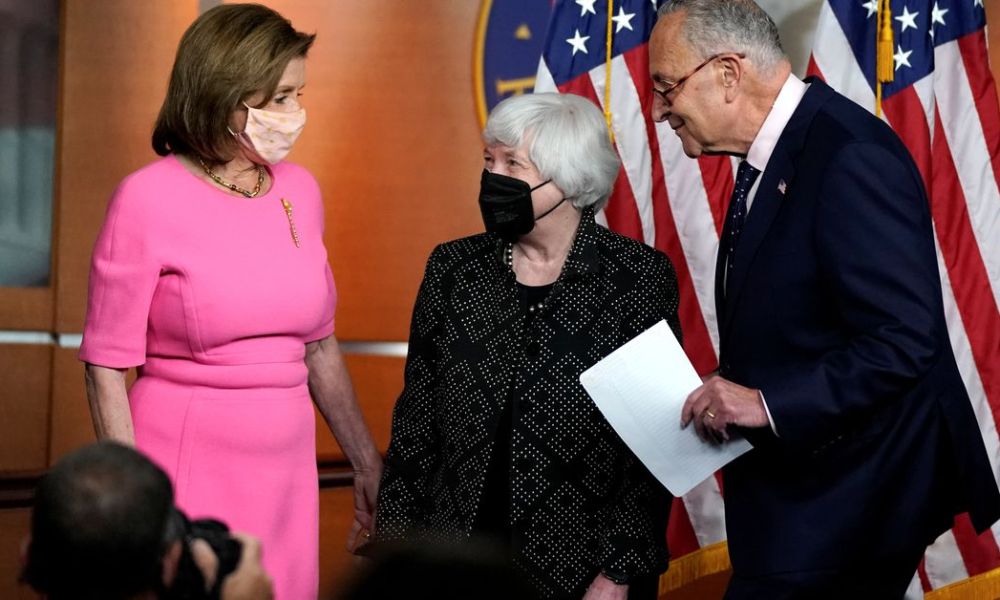 A new study shows widely disproportionate broadcast network coverage of the ongoing spending battle on Capitol Hill with Democratic lawmakers dominating the evening newscasts. Examining 30 stories that aired from Sept. 23 to Oct. 10, Democrats outperformed Republicans in terms of the number of soundbites by a 115-16 count margin, according to analysis by the Media Research Center.

“Yes, viewers of these programs were seven times more likely to hear from hardcore big spending Democratic lefties such as Sen. Bernie Sanders, Rep. Alexandria Ocasio-Cortez and Rep. Pramila Jayapal than Republicans like Sen. Mitch McConnell or Rep. Kevin McCarthy,” MRC director of media analysis Geoffrey Dickens wrote on Wednesday. “CBS Evening News” had the highest totals of the three networks, airing 43 soundbites from Democrats versus the eight Republicans that were heard.

ABC’s “World News Tonight” had the widest margin airing 41 soundbites from Democrats and only three from Republicans during that same time period. “NBC Nightly News” aired 31 soundbites from Democrats while Republicans were heard just five times. Much of the media coverage has focused on the Democratic in-fighting between the progressive wing of the party who sought to pass a $3.5 trillion spending bill versus the more moderate-leaning senators like Joe Manchin and Kyrsten Sinema who are heavily in favor of the bipartisan infrastructure bill.

“While the evening news shows did allow for ‘moderates’ like West Virginia Senator Joe Manchin to speak, it’s important to note they were still calling for more spending, just not as much as President Joe Biden and his big spending allies like Cortez were demanding,” Dickens stressed [FOX].