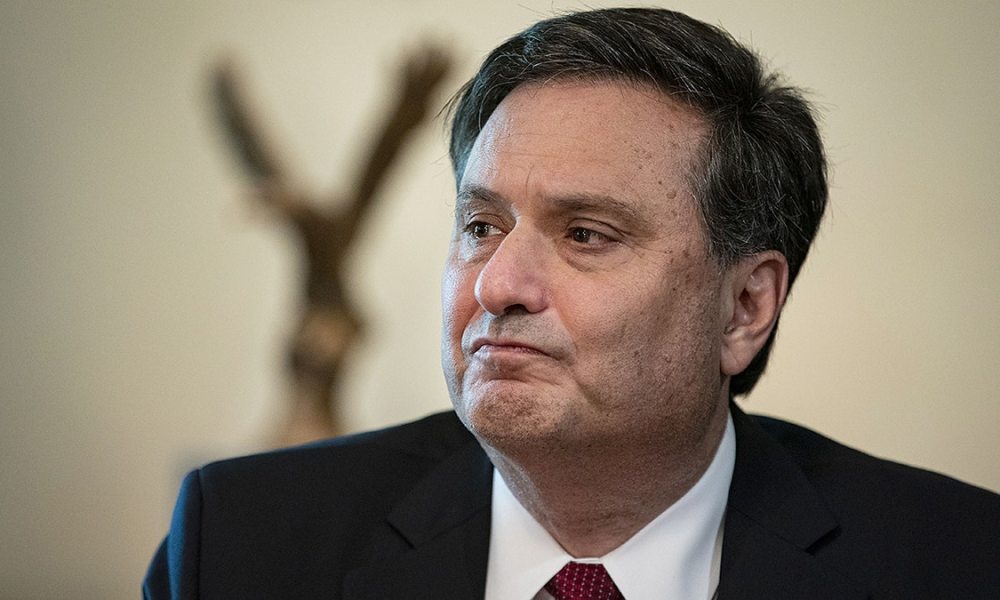 On Thursday, White House chief of staff Ronald Klain retweeted a claim that inflation is a “high class problem” after millions of Americans have seen the prices of daily necessities spike. The original tweet came from a former Obama administration official.

“Most of the economic problems we’re facing (inflation, supply chains, etc.) are high class problems. We wouldn’t have had them if the unemployment rate was still 10 percent. We would instead have had a much worse problem,” said Jason Furman, who served as a top economic adviser to President Obama. Klain’s retweet included the word “This” with two emoji hands pointing down at the original statement. The message presented in the tweet also runs contradictory to what other senior administration officials have said this week, warning Americans that Christmas shopping will likely be heavily impacted.

“There will be things that people can’t get,” a senior official told Reuters. “At the same time, a lot of these goods are hopefully substitutable by other things. … I don’t think there’s any real reason to be panicked, but we all feel the frustration and there’s a certain need for patience to help get through a relatively short period of time.”

A late-September study from Salesforce predicted retail prices may rise as much as 20 percent compared to 2020. As of August, women’s clothing, jewelry and watches were already up over 10 percent. Inflation, which has reached levels not seen since the 1980s, has also been cutting into wages; data from the Labor Department indicates that in August, Americans made 0.9 percent less per hour on average than they did the previous year.

Klain has received backlash as a result of his endorsement of Furman’s tweet. In reponse, North Carolina Rep. Ted Budd tweeted, “Inflation is NOT a ‘high class problem.’ Inflation is a tax on working Americans & those on fixed incomes. The Biden/Harris White House is completely out of touch.” The House Republican Policy Committee also took to the app to criticize Klain: “Just the White House Chief of Staff calling the rising price of gas, food, and housing a “high class’ problem. Outrageous! The American people are hurting and deserve better leadership.”

On Thursday during her press briefing, White House Press Secretary Jen Psaki attempted to reframe Klain’s tweet: “What the point is here is that we are at this point because we’ve made progress in the economy. And what would be worse, in our view, is if the unemployment rate was at 10 percent, people were out of work, hundreds of thousands of people were still dying of COVD and people were able to lose their homes. So, that’s the full context,” she said.