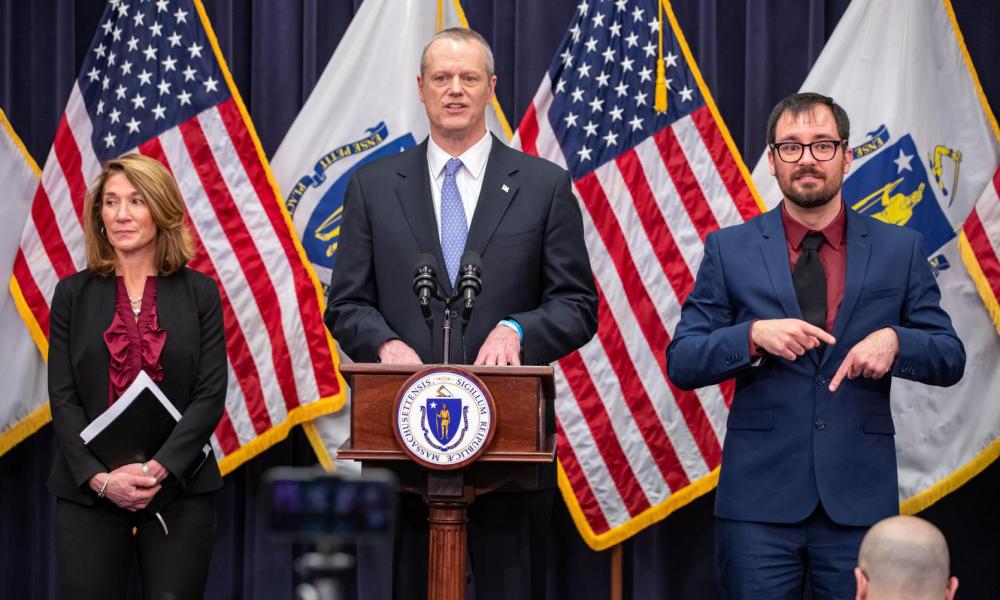 Up to 5,000 state workers could be at risk of suspension or termination as the deadline for workers to submit proof of their vaccine status hits this week, according to state officials.

That amounts to about 11% of the 45,000 executive-branch workers required to be fully vaccinated as of Oct. 17. “The Baker-Polito Administration is encouraged by the response by Executive Department employees completing the vaccination verification process ahead of the October 17 deadline and will continue to work with employees to address questions and requests for exemptions,” said Terry MacCormack, press secretary for Gov. Charlie Baker.

More than 40,000 employees have submitted proof of full vaccination against coronavirus or applied for an exemption as of Sunday, MacCormack said. The administration’s vaccine policy involves “progressive discipline,” according to an online post, starting with a five-day, unpaid suspension for all noncompliant workers. Continued noncompliance for managers “will then result in termination of employment,” while bargaining unit members will first move on to a 10-day suspension.

Executive-branch offices won’t start to tally the exact number of state workers in violation of the administration’s vaccine mandate until Monday when managers will begin contacting people who have not submitted paperwork. Agencies are still working through requests for religious and medical exemptions, which would be completed in the “coming weeks,” according to the governor’s office.

Chris Keohane, a spokesman for the State Police Association of Massachusetts, said he anticipates up to 200 — or 13% — of the state’s roughly 1,500 troopers could be at risk of suspension or termination over refusal to take the vaccine. State Police spokesman David Procopio said the department “has plans in place to deploy personnel” if needed.

As many as 1,400 state corrections officers could also be off the job, a dozen Republican state lawmakers warned in a Saturday letter to Baker in which they demanded the governor, “consider other options” such as regular testing, masking and social distancing in lieu of vaccination. A federal judge on Friday shot down a lawsuit by the corrections officers’ union asking for an injunction to block the Baker administration’s vaccine mandate for executive-branch workers that went into effect on Sunday [Boston Herald].