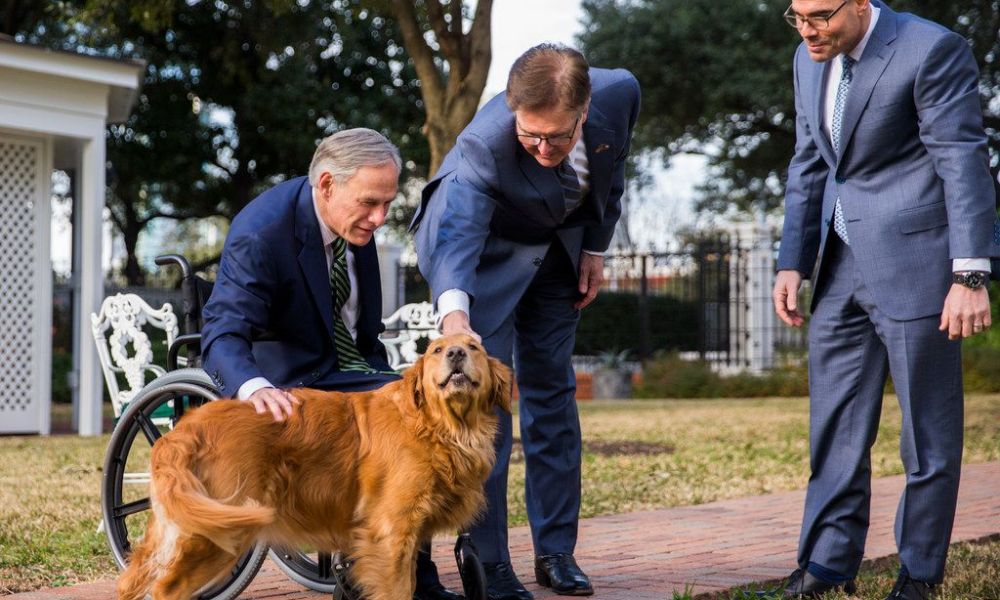 The Texas House early Sunday passed a bill that would enact stricter enforcement of a law regarding dogs being chained outside. Gov. Greg Abbott vetoed a similar bill in June, which led #AbbottHatesDogs to trend on social media.

The new proposal, which passed in a 106-22 vote, is similar to its regular session predecessor. The changes make the bill nonspecific about the materials used in the collar and add “reasonably” to the description of how long to leave a dog unattended in the back of a truck. If the Senate agrees with the final version as passed by the House, it will head to Abbott’s desk, where he can sign it into law. Abbott, who proudly owns golden retrievers, said the bill he vetoed in June was unnecessary due to existing laws and would have micromanaged dog owners.

Abbott said of the previous bill: “Texans love their dogs, so it is no surprise that our statutes already protect them by outlawing true animal cruelty. Yet Senate Bill 474 would compel every dog owner, on pain of criminal penalties, to monitor things like the tailoring of the dog’s collar, the time the dog spends in the bed of a truck, and the ratio of tether-to-dog length, as measured from the tip of the nose to the base of the tail. Texas is no place for this kind of micro-managing and over-criminalization” [Star Telegram].

In 2017, the Dallas City Council outlawed the tethering of dogs except when “the dog is in the owner’s immediate possession and accompanied by the owner.” The owner must “use a properly fitted harness or collar that is specifically designed for the dog” and “attach the tethering device to the dog’s harness or collar and not directly to the dog’s neck.”

“The fact that the Governor brought this back in the special session and worked with the author and stakeholders to find just the right balance for a state as large and diverse as Texas says a lot,” Stacy Sutton Kerby, THLN director of government relations, and other advocates said in written testimony before the measure passed out of House committee on Oct. 5. “This bill has overwhelming support and now that the Governor has weighed in, I believe it is time to pass this legislation once and for all” [Dallas Morning News].