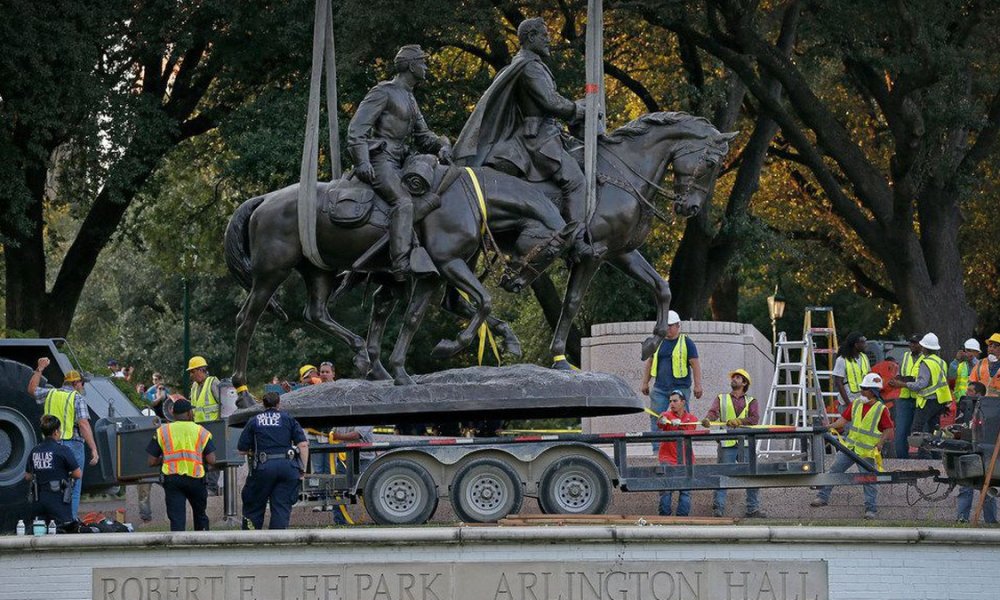 A statue of Confederate Gen. Robert E. Lee that the city of Dallas removed from a park and later sold in an online auction is now on display at a golf resort in West Texas.

The bronze sculpture, which was removed from the Dallas park in September 2017, is now at the Lajitas Golf Resort in Terlingua, Texas, the Houston Chronicle reported. The 27,000-acre resort, which is privately owned by Dallas billionaire and pipeline mogul Kelcy Warren and managed by Scott Beasley, the president of Dallas-based WSB Resorts and Clubs, received the statue as a donation in 2019. Beasley says the resort is just preserving a “fabulous” piece of art. “I would say that of the 60-plus-thousand guests we host each year, we’ve had one or two negative comments” he said.

The 1935 sculpture by Alexander Phimister Proctor was among several Lee monuments around the U.S. that were removed from public view amid the fallout over racial violence in Charlottesville, Virginia, in 2017. The artwork, which depicts Lee and another soldier on horses, was kept in storage at Dallas’ Hensley Field, the former Naval Air Station, until it was sold in 2019. Holmes Firm PC made the top offer for the sculpture, according to documents from the Dallas City Council [News Nation USA].

But Black Lives Matter Houston activist Brandon Mack said he takes issue with supporters of Lee who argue that the statue is merely “an appreciation for art” and wonders whether the same defense would be used for other offensive symbols from throughout history, or if that’s reserved for iconography solely glorifying the oppression of Blacks. “We don’t glorify the swastika; we don’t have monuments (of) Adolf Hitler,” he said [ABC News].