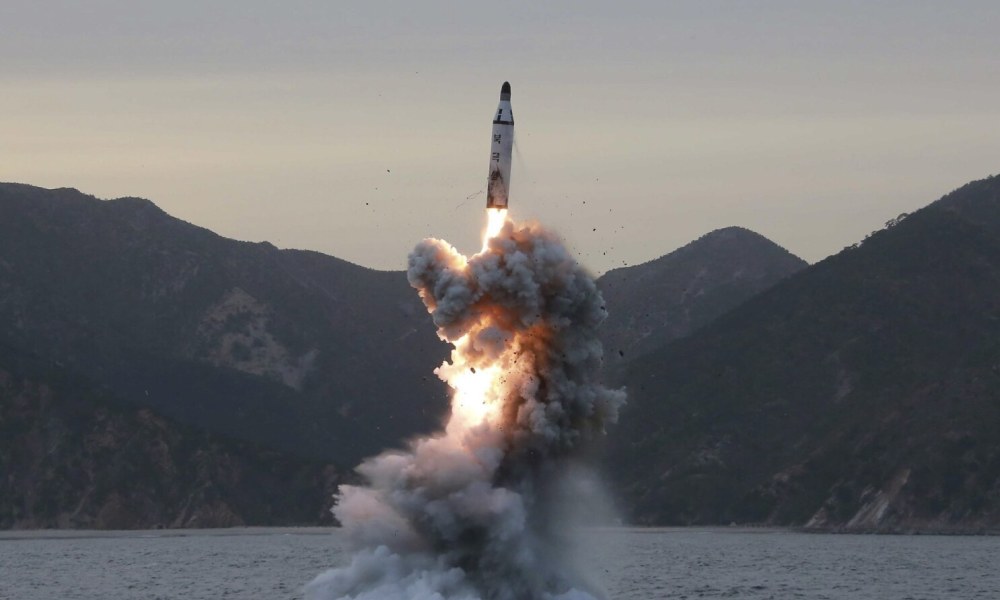 Both the missiles, according to the General, were fired on Wednesday afternoon (local time) from the Centre of Democratic People’s Republic of Korea (DPRK) and landed in waters. The same was confirmed by Japanese Prime Minister Yoshihide Suga, who remarked that the projectiles landed outside its Exclusive Economic Zone. However, he asserted that the missiles jeopardised regional security and that his country was prepared for any “contingencies”.

“The firings threaten the peace and safety of Japan and the region and are absolutely outrageous,” Suga said. “The government of Japan is determined to further step up our vigilance and surveillance to be prepared for any contingencies,” Suga was quoted as saying by AP.

In recent months, tensions have risen in the Korean Peninsula with Pyongyang irked by the growing Seoul-Tokyo-Washington alliance. It is imperative to note that soon after the projectiles landed in the sea, both South Korean and American intelligence agents started a full-fledged analysis into the launch. Meanwhile, Won confirmed that his country has also fuelled surveillance against the North.

The Korean Central News Agency (KCNA) reported on Sunday that “the efficiency and practicality of the weapon system operation were confirmed to be excellent,” adding that the “new type” of missile range, if accurate, would have the capability to hit as far as Tokyo.

The new missile launch comes as North Korea seeks to expand its military capabilities amid the stalemate in nuclear negotiations with the United States, according to the reports. It travelled for 7,580 seconds, along the “oval and pattern-8 flight orbits”, the KCNA reported. Japan’s Chief Cabinet Secretary Katsunobu Kato reportedly said that Japan was “worried” about the missile launch and was working in collaboration with the US and South Korea to monitor the event.

“This activity highlights [North Korea’s] continuing focus on developing its military program and the threats that poses to its neighbours and the international community,” the US Indo-Pacific command said in a statement, adding that the missile test posed “threats” to the neighbouring countries (Republic World).