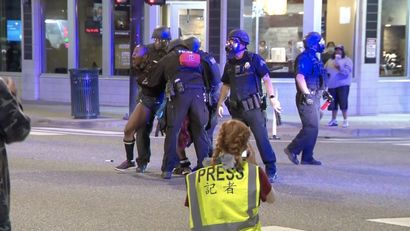 The Supreme Court sided Monday with police in two cases in which plaintiffs claimed officers used excessive force, overturning separate lower court rulings that had allowed the officers to be sued for civil rights violations.

In two unsigned opinions, the court stressed police are entitled to be shielded from liability unless it is “clear to a reasonable officer” that their actions are unlawful. In both cases the court ruled that the officers were entitled to qualified immunity, the legal doctrine that protects police from liability for civil rights violations in many circumstances.

Qualified immunity is a legal doctrine, developed by the courts, that shields law enforcement from liability for constitutional violations including allegations of excessive force. In recent years, legal scholars, lawmakers and judges have criticized the doctrine, arguing that it is not grounded in the proper legal authorities and too often shields officials from accountability.

Under existing precedent, an officer is not liable, even if he or she violates the Constitution, unless it was “clearly established” by prior cases that the conduct at issue was unconstitutional. Critics say that bar is too high and forces those claiming excessive force to search for a prior case with nearly identical facts.