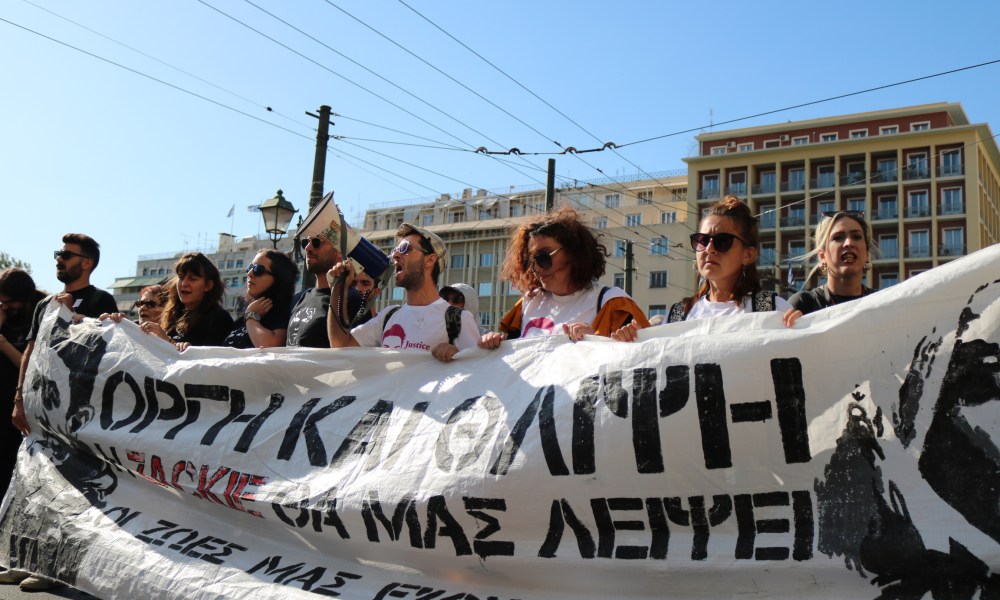 Three years after a Greek-American HIV activist was beaten to death in Athens, six people will stand trial on Wednesday. The six defendants, including four police officers, face up to 10 years in prison for the death of 33-year-old Zacharias Kostopoulos on September 21, 2018.

The trial had been scheduled to start in October 2020, but was consistently held up due to COVID-19 restrictions. Kostopoulos, known by his artistic name “Zak / Zackie Oh”, was an HIV-positive drag queen and advocate for the rights of LGBTQ and other HIV-positive people. According to a video posted on social media at the time, he was first beaten by two men, including the owner of a jewelry store in which Kostopoulos had found himself locked in circumstances that are not clear.

Disoriented, he attempted to escape by smashing through the glass storefront, cutting himself and suffering kicks to the head from the owner and a neighbour. Believing him to be a burglar, the police officers who arrived at the scene also beat and handcuffed him as he lay bleeding on the pavement, the video showed. Kostopoulos was pronounced dead at hospital a few hours later.

According to the autopsy report, Kostopoulos suffered “an ischaemic myocardial infarction (heart failure) following serious injuries,” his family’s lawyer Anna Paparoussou told AFP. “After three years, this trial must demonstrate to the victim’s family and to society what justice really means,” Paparoussou said, denouncing the fact that the defendants were “still roaming free”.

All six men face the same charge of causing “fatal bodily harm”, but Kostopoulos’ family wants the men to be charged with homicide. Amnesty International described Kostopoulos’ death as a “lynching” and “assassination” and pointed to homophobic bias in some of the early Greek media reports about the case.

In a statement on Tuesday, Amnesty denounced the “stigmatisation, the prejudice and the hateful rhetoric” with which Kostopoulos and his family “have often been confronted, even after Zak’s death”. Defense attorneys for the police argue that the charge of mortal injury is different to actual murder. Petty crime is rife in the area where the killing occurred, and the jewellery store owner later claimed he had already been burgled three times in the past, and thought Kostopoulos was armed. “I did it out of outrage… I didn’t want the boy to die, I have children his age,” he said in early testimony, according to media reports.