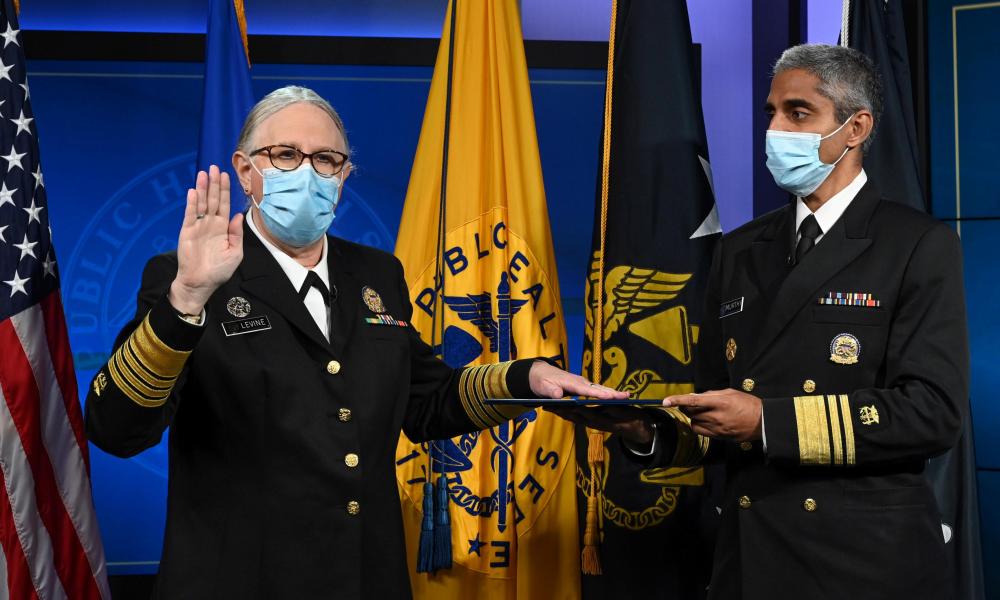 Department of Health and Human Services assistant secretary for health Rachel Levine was sworn in on Tuesday as an admiral in the U.S. Public Health Service Commissioned Corps, becoming the first openly transgender person to serve as a four-star officer in any of the country’s eight uniformed services.

Levine, the assistant secretary for health, made history in March when she became the first openly transgender federal official to be confirmed by the U.S. Senate. “I stand on the shoulders of those LGBTQ plus individuals who came before me, both those known and unknown,” Levine said at her swearing in. “May this appointment today be the first of many more to come as we create a diverse and more inclusive future,” Levine said at her swearing in.

Andrea Palm, the deputy secretary of Health and Human Services added: “The path towards equality is a long one, but today we are taking a historic step forward with the appointment of Admiral Levine as the first openly transgender four-star officer across the uniformed services.”

Levine was previously health secretary in Pennsylvania. She was confirmed by the Senate in March for her assistant secretary role, on a mostly party line vote of 52-48. Republican Sens. Susan Collins (Maine) and Lisa Murkowski (Alaska) supported her nomination.