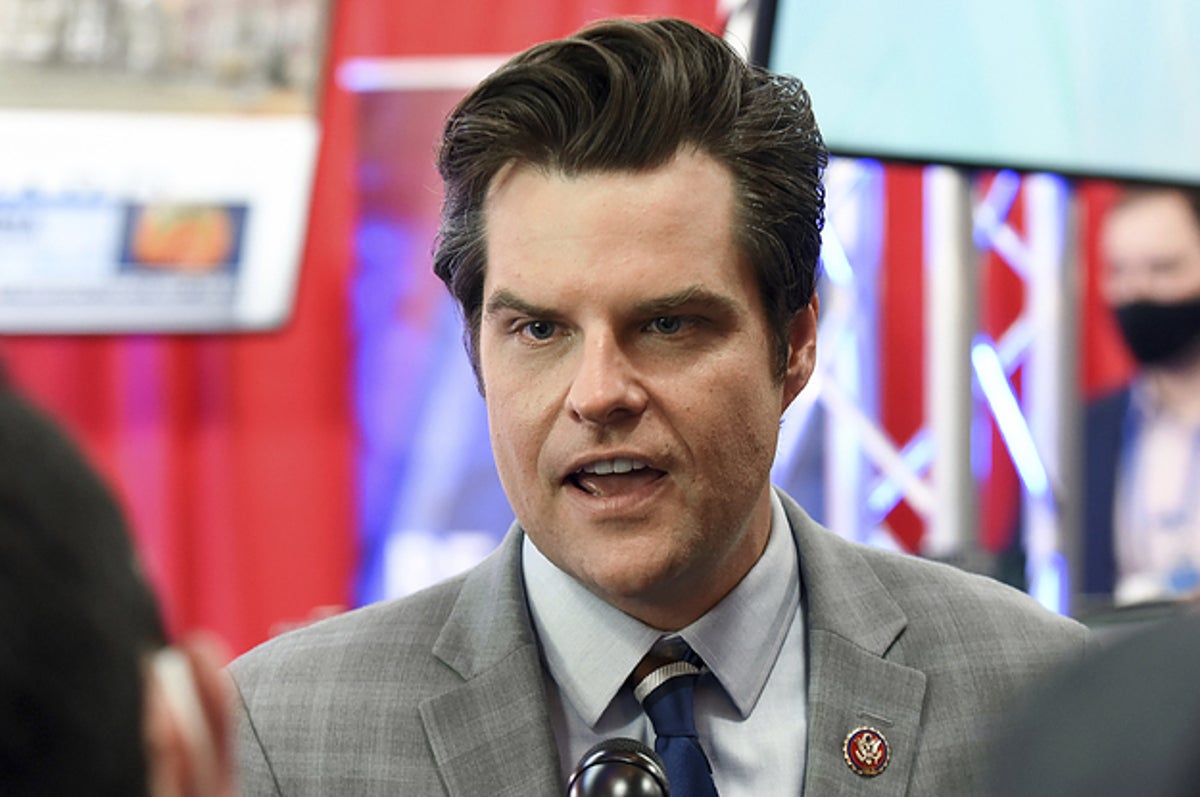 Republican Florida Rep. Matt Gaetz said on Wednesday he believes someone may be plotting his death. “I thank the gentleman for yielding because I think someone may be trying to kill me. If they are successful, I would like my constituents and my family to know who stopped their arrest,” Gaetz said in a speech on the House floor.

Gaetz, who is under investigation by federal prosecutors, insisted that on Oct. 8 a Twitter user messaged him, saying, “Looky here, pal. I lived in Portland. Portland has ordered a hit on you. I accepted the contract. Have a good day.” The Republican claimed he received new information regarding the death threat. He claimed the Capitol Police “recommended” arresting the man who had traveled to Washington, D.C., from Portland with the intent to kill Gaetz.

“If my name weren’t Gaetz, if it were Omar or Tlaib, you bet this person would’ve been arrested. Because that’s what the Capitol Police recommended, but the Department of Justice doesn’t seem to care so much when it’s Republicans,” Gaetz said concluding his claim.

Federal investigators are scrutinizing whether the Florida Republican violated federal sex trafficking law by providing goods or payment to a 17-year-old girl in exchange for sex. The New York Times reported on Thursday the Justice Department added two top prosecutors to the case. Gaetz has denied the allegations tied to the inquiry [Washington Examiner].