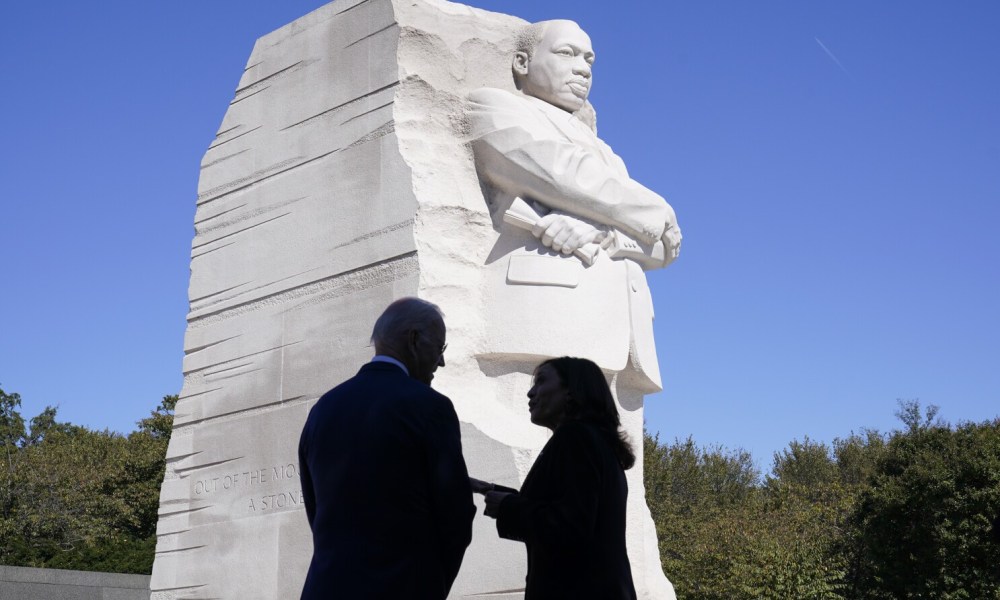 According to US News, the remarks came Thursday as President Biden commemorated the 10th anniversary of the Martin Luther King Jr. memorial on the National Mall. Biden reiterated that he would continue to push to get his $3.5 trillion spending bill through congress and emphasized the issues of voting rights, police reform, and climate change. He said that voting rights were central to his administration’s agenda and said “I know that progress does not come fast enough. It never has.”

President Biden attempted to draw parallels between Dr. King’s civil rights fight and his own voting rights legislation, saying “I know the stakes. You know the stakes. This is far from over” (whitehouse.gov). Democrats have been trying to get new elections legislation passed that they hope would act to counteract new voter ID laws that have been recently implemented in some states. The voter ID laws have been controversial since the 2020 presidential election as many democrats argue they may effectively prevent minorities from voting.

The day before President Biden’s speech, Republicans utilized the filibuster to block the new voting bill which many Congressional Democrats support. Many have pushed Biden to use his presidential power to remove the filibuster and get key progressive legislation through a Congress that is currently gridlocked. In his town hall on Thursday night, Biden said that he may eliminate the filibuster in order to get the legislation to his desk, something that Congressional Republicans have strongly opposed. The president has said that the voting bills will be his next focus after he finishes the spending bill push (US News).