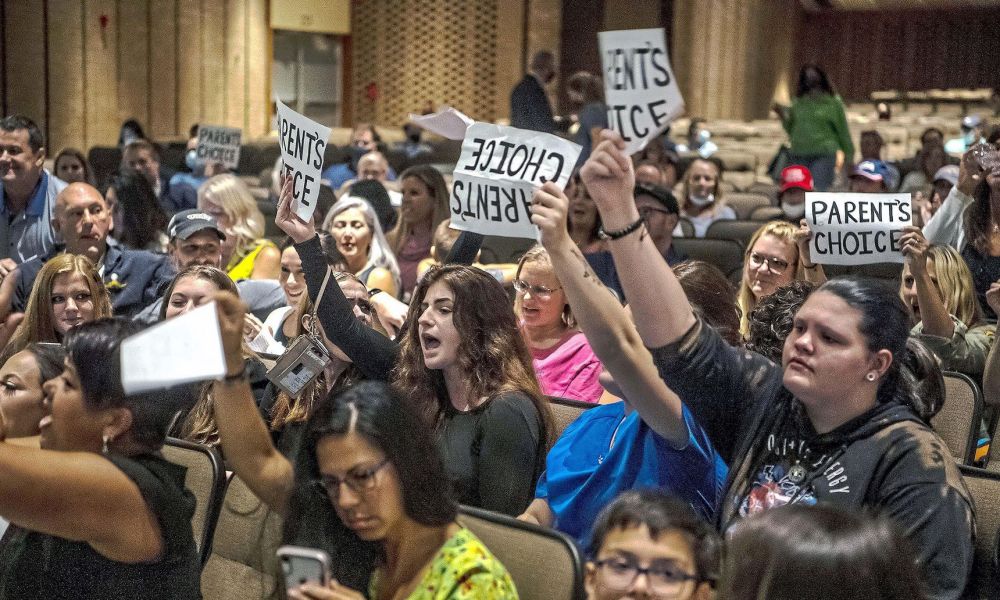 Last month, the National School Board Association sent a letter to President Biden requesting his assistance in intervening in school board issues. Since then, around 20 school board organizations have broken ties or distanced themselves from the organization.

The letter was sent to Biden on September 29. In it, they requested federal intervention in school board issues, claiming, “America’s public schools and its education leaders are under an immediate threat,” (AW Journal). When the letter was sent, the NSBA represented 47 state school board organizations. Recently, school board meetings have been hot topics in the news, as parents pushed back on topics such as pandemic shutdowns, mask mandates, critical race theory curricula and transgender policies (Washington Post).

The state school board organizations were reportedly unaware of the letter until after it was sent. So far, states whose organizations have exited are Alabama, Arkansas, Delaware, Florida, Georgia, Idaho, Kentucky, Louisiana, Mississippi, Missouri, Montana, New Hampshire, North Carolina, Ohio, Pennsylvania, Texas, Virginia, and Wyoming.

Earlier this month, Attorney General Merrick Garland came under fire for his authorization of the FBI to respond to “threats” to school boards. The directive comes from the Department of Justice, which is now under pressure to provide specific examples of why this is necessary. It seemingly came as a direct result from the letter from the NSBA to Biden.

NFL set to propose solution to “race-norming” in dementia testing