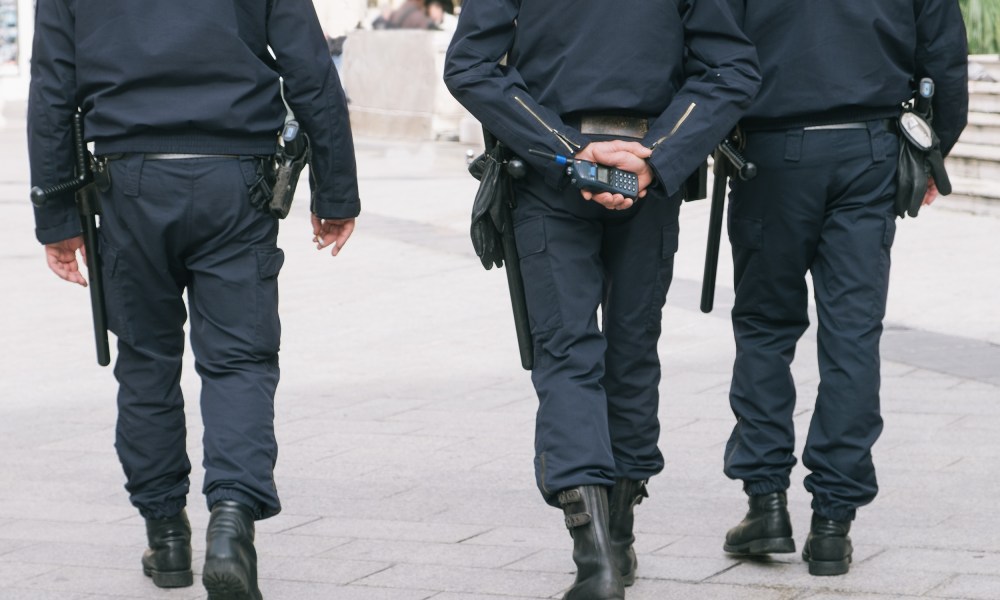 Police officers and firemen in Seattle who refused to comply with the states’ Covid-19 vaccine mandate deposited their boots on the steps of Seattle City Hall in protest.

In a demonstration of their beliefs on Wednesday, members of the Seattle police and fire departments left their boots on the steps of the city hall. A twitter thread by Post Millennial journalist Katie Daviscourt documented the police and firemen’s actions. The thread showed the newly unemployed men and women holding a barbeque to feed the homeless, walking up the steps of the city hall, leaving their boots on the steps, and saying their goodbyes to each other.

The state of Washington is requiring all government employees and contractors to receive a Covid-19 vaccination. A large number of police and firemen have refused to do so, resulting in a loss of employment for them. They have been vocal in their protesting in various ways. Since the Covid-19 vaccine mandate was announced in August, police and fire departments across the state have been pushing back against the mandate, despite the threat of becoming unemployed.

In a statement to Newsweek, the Seattle Fire Department reported that only 11 employees had submitted proof of vaccination. The spokesperson said the event was organized by employees who were against the mandate. “From our understanding, the event was focused on feeding breakfast to community members in the area, followed by a march to Seattle City Hall. The department was made aware during the event that several department vehicles and on-duty members were in attendance. The department did not authorize participation by on-duty personnel. The members assigned to those units were immediately contacted and asked to leave the event (unless dispatched to an emergency in the area).”

Seattle Mayor Jenny Durkin issued an order in August which required all city employees to be vaccinated against the virus by 11:59 PM on October 18. The city reported that the fire department is 93% vaccinated, with the police department following closely at 92%. However, President of the Seattle Police Officers Guild Mike Sloan indicated that the city’s figures were inaccurate. “Though we’ve heard and seen the city’s media blitz on the current vaccine verification numbers, SPOG has asked the city for clarification on these numbers as we believe that the city is not being fully transparent.”

Snopes reported that not all of the claims made were accurate. “City supervisors had not fired any firefighters or police officers over vaccine requirements at the time of the protest. Employees who did not submit the required vaccine paperwork were still employed; however, many were in the process of “separating” from their employer, a process that could span weeks and reverse the employees’ status,” (Snopes).